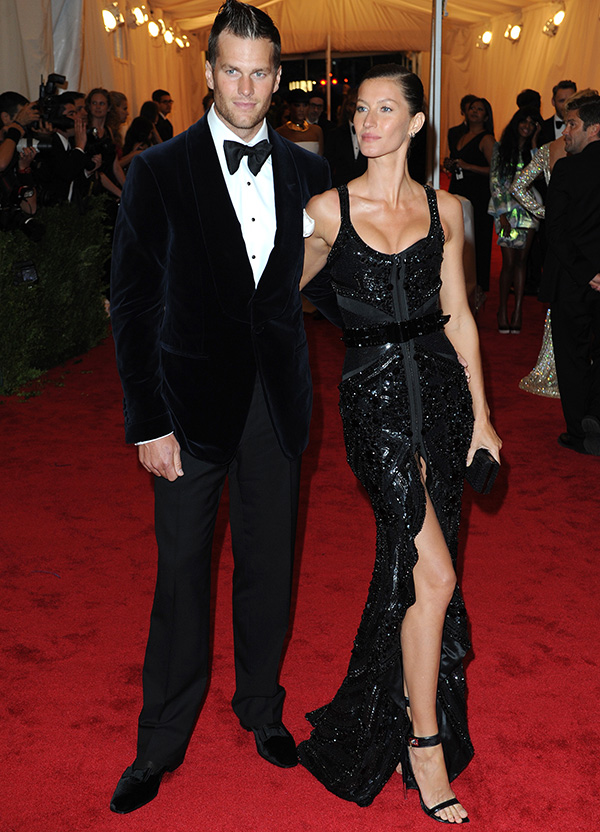 They say opposites attract, but that’s not necessarily the case when it comes to your love life. Turns out, most of us are actually attracted to people who resemble ourselves or—wait for it—our parents, according to science.

One study on the topic, published in The Personality and Social Psychology Bulletin, asked a group of people to choose which they thought was the most attractive–a photo of a stranger morphed together with a photo of themselves, or two strangers morphed together. By and large, people chose the combination of the stranger and themselves as the better-looking image.

Another study, done by FiveThirtyEight.com, conducted an analysis of users on the popular dating site eHarmony, finding that men and women are much more likely to message those who are similar to them not only in education, race, and income, but also in looks. Then there’s the Boyfriend Twin Tumblr, featuring gay couples that look almost identical with the tagline, “What’s sexier than dating yourself?”

For the most part, we do tend to socialize with others who are similar to us in a number of ways including physical traits and abilities,“attraction doctor” and psychologist Dr. Jeremy Nicholson told us. “These similarities often help create feelings of familiarity and trust between people, increasing the likelihood of a positive working relationship among them.”

And this feeling carries over into intimate relationships, too. We’re often inclined to date someone who looks like us or one of our parents, because we’re more easily willing to trust that person.

Self-love is also a piece of the puzzle here, says psychotherapist, Dr. Karen Ruskin. “If we’re loving of self, we may yearn for another [person] similar to us, for that is our way of continuing to feel the love of self. If one does not have self-love, they may need someone different to prove they are actually loveable.”

What’s most interesting here, is that many people may not even realize they’re deliberately choosing a partner who has physical similar traits to themselves because most often, we’re picking partners based off of intuition and emotions, rather than a logical process.

“Individuals tend to ultimately feel that they ‘click’ with partners who are similar to themselves on a number of dimensions. You might feel that a partner is just like you on the inside, simply because he or she looks like you on the outside,” says Nicholson.

Choosing similar-looking partners also plays into the desire to have kids. For those who find themselves wanting a “mini-self”, they may choose a partner with the same eye and hair color, so it increases the chances of having a child with the same features.

MORE: Can’t Move on After a Breakup? You Might be an Exaholic

While we might subconsciously go for others with similar features and qualities, as quite a few studies suggest, experts on the topic still emphasize that it’s more about our internal desire to find someone who complements us, rather than looks like us.

That’s why sometimes “opposites” (like the extrovert/introvert, uptight/relaxed) do attract. “Just like similarities create comfort, so can differences, as the person has found the ying to their yang,” Ruskin says.

The ideal partner is often a balance between similarity and complementary. “With too little similarity, there may be a lack of trust and common ground for sharing in the relationship. With too little complementary, both partners may become identical and boring, reducing desire and interest,” says Nicholson.

Whether you’re identical or polar opposites, love experts emphasize it’s most important to find someone who has the same core values and moral system as yourself. Not to mention, someone you find emotionally, intellectually, physically, and spiritually attractive.

“Always aim for someone who treats you with respect, kindness, values, and [someone who] supports you”, says Ruskin.

All of this is what will really increase your chances of a healthy, long-term future together. So remember, just because you may have found your opposite-sex twin–two blondes or two perfect smiles–that combo doesn’t always make a right.