It was news that shocked the football world. Sports fans all over the world were left with a huge question on Tuesday, November 22, 2022: Why did Cristiano Ronaldo leave Manchester United?

Regarded as one of the greatest players of all time—as well as the individual with the highest Instagram following with over 500 million—Ronaldo got his start at Manchester United as a teenager, playing with them from 2003 to 2009. Debuting as number 7, the skillful forward helped secure three Premier League titles, an FA Cup and a Champions League with the Red Devils. After stints at Real Madrid and the Italian club Juventus, Ronaldo returned to Man. U. in 2021 and reclaimed his now-iconic number 7 after Edinson Cavani agreed to switch. The club’s tweet announcing Ronaldo’s return garnered 1.9 million likes on Twitter, the most ever for the social media platform. It wasn’t long, though, that things between Ronaldo and Manchester United began to sour, with growing dissatisfaction on and off the pitch. Read on to find out why Cristiano Ronaldo left Manchester United.

Why did Cristiano Ronaldo leave Manchester United? Ronaldo and Man. U. parted ways “by mutual agreement” in November 2022, a week following the legendary striker’s interview on Piers Morgan Uncensored. In the interview, Ronaldo took aim at a number of figures in the club, including boss Erik ten Hag. “I don’t have respect for him. Because he doesn’t show respect for me. If you don’t have respect for me, I’m never gonna have respect for you,” he said. Ronaldo shared he “felt betrayed” by the club, alleging he felt like he was being forced out. “Some people, I feel, don’t want me here,” the forward admitted in the interview. “Not just this year, but last year too.” 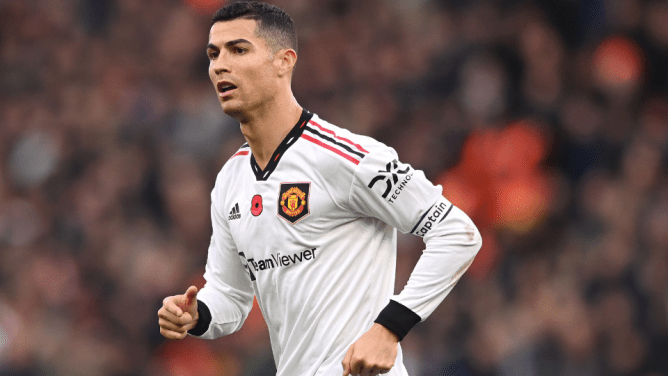 He also criticized the club’s hugely unpopular owners, the United States-based Glazer family, who also own the Tampa Bay Buccaneers. They acquired Manchester United in 2005, purchasing just under 57 percent of the club’s shares. Their control eventually increased to 76.2 percent. Due to their continual lack of investment in the club, anti-Glazer chants can be heard regularly during matches. Ronaldo’s criticism seems to echo that fan sentiment. “The Glazers, they don’t care about the club. I mean, professional sport, as you know this, Manchester is a marketing club. They will get its money from the marketing—the sport, it’s, they don’t really care, in my opinion,” he said. “The fans, they’re always right. I think the fans should know the truth, should know that the players, we want the best for the club. I want the best of the club.”

A statement issued by Manchester United on Tuesday, November 22, 2022, said: “Cristiano Ronaldo is to leave Manchester United by mutual agreement, with immediate effect. The club thanks him for his immense contribution across two spells at Old Trafford, scoring 145 goals in 346 appearances, and wishes him and his family well for the future. Everyone at Manchester United remains focused on continuing the team’s progress under Erik ten Hag and working together to deliver success on the pitch.”

The prolific striker issued his own statement that read: “Following conversations with Manchester United we have mutually agreed to end our contract early,” said a statement from Ronaldo. I love Manchester United and I love the fans, that will never ever change. However, it feels like the right time for me to seek a new challenge. I wish the team every success for the remainder of the season and for the future.” He had just seven months remaining on his £500,000-a-week (over $594,000) contract with the Red Devils and his departure leaves him free to sign with another club when the transfer window opens in January.

Manchester United is where Ronaldo cut his teeth in the Premier League. Signing with the club in 2003, he was the first Portuguese player to make the list and made his Number 7 iconic. His transfer fee, at the time, made him the most expensive teenager in English football history at £12 million. His agent, Luis Correia said at the time: “Cristiano is one of the hottest young players in the market and almost all the most important clubs in Europe wanted to sign him. He’s an explosive player who can play on either wing or as center-forward. He is ambitious to succeed at the top level and be among the very best.” He played for Man. U. from 2003 to 2009, in which he won three Premier League titles, an FA Cup and a Champions League. 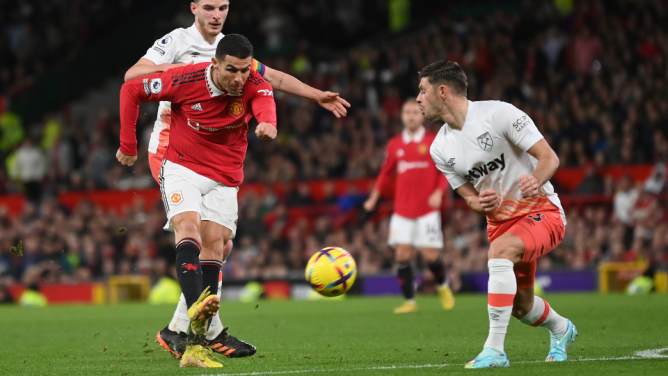 He joined Real Madrid for the 2009-2010 season and became their all-time top scorer with 450 goals from 2009 to 2018. After a short stint at the Italian club Juventus, Ronaldo made a triumphant return to Manchester United in 2021. In the interview with Morgan, Ronaldo revealed he was “close” to signing with Manchester City prior to his deal with the Red Devils. He’d also turned down a £305 million (more than $362 million) deal to move to play for a Saudi Arabian club. Manchester United’s tweet that Ronaldo was coming “home” was returning became the most-liked tweet in Twitter history, garnering more than 1.9 million. He also smashed the club’s daily shirt sale record in less than four hours after it was confirmed he would retain his iconic No. 7 jersey, reclaiming it from Edinson Cavani. “I wasn’t sure if it would be possible to have the number seven shirt again. So I would like to say a huge thank you to Edi (Cavani) for this incredible gesture,” Ronaldo said at the time.

But it wasn’t long into the season when things just weren’t going Manchester’s way. In November 2021, coach Ole Gunnar Solskjaer was sacked within two months of Ronaldo’s return. “When I signed with Manchester United [again], I thought everything had changed, because it’s been 13 years,” he told Morgan. “When I arrived, I thought everything would be different, the technology, the infrastructure, but I was surprised, in a bad way let’s say, because I saw everything was the same.” He also mentioned “instability” at the club.

Though the interview with Piers Morgan does appear to have serious consequences for Ronaldo, some former Manchester United players have spoken out in his defense. Former Manchester United defender Rio Ferdinand told BBC Sport that: “Cristiano obviously did that interview with the mindset that he wasn’t happy and wanted to get out of the club. He made that very clear. I think Erik ten Hag got what he wanted in this situation as well. Both parties are happy and we can move on. He continued: “The next chapter for Cristiano? It depends what his motivation is. Play in the Champions League? Money? To continue playing somewhere with a nice climate? We’ll find out in due course I’m sure.”

Cristiano Ronaldo: A Biography of the Portuguese Superstar 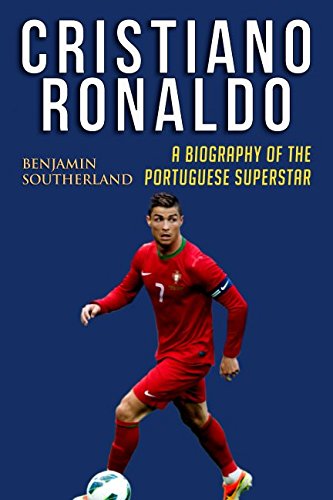 If you want to know more about Cristiano Ronaldo, you shouldn’t miss Benjamin Southerland’s biography, Cristiano Ronaldo: A Biography of the Portuguese Superstar. You’ll learn about his childhood, his early life and his meteoric rise to become one of football’s greatest players of all time—as well as one of the richest sports stars in the world. From the slums of the Madeiran neighborhoods to the bright lights and wealth of Madrid, this is the story of an incredible player, who never ceases to amaze the world with his skills.

A Biography of the Portuguese Superstar $2.99+
Buy Now