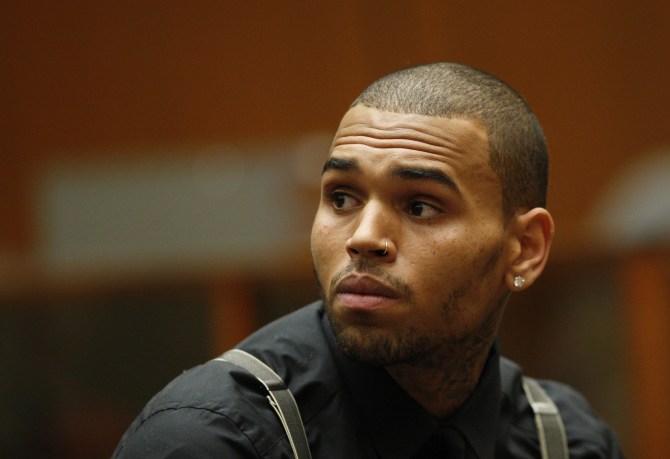 When we heard the news that R&B star Chris Brown had signed with Wilhelmina Models’ artist management division, we were more than a little surprised. (Actually, our reaction went something like this: “Wait, whaaaat!?”). Although a seemingly outsized portion of the entertainment world has forgiven Brown for his 2009 felony assault conviction following the pummeling of then-girlfriend Rihanna (including Rihanna herself), we’ll admit we sometimes find it jarring when Brown continues to be lauded with awards and accolades.

While it’s not unreasonable that Brown would seek out lucrative fashion and beauty endorsement deals, we have to wonder what, exactly, is in it for Wilhelmina? We took our questions to Kristi McCormick, the casting director and founder of Matchbook Company (an agency that casts for high-end beauty brands), who offered insight into this puzzling partnership. “Wilhelmina has a great track record of getting artists in magazines, pairing them with great photographers, good stylists and hair and makeup teams,” McCormick said. “In 2000, they booked Brandy for CoverGirl (the first multi-services/cross branding music and beauty endorsement), and have been successful ever since with Beyoncé, Usher, Jessica Simpson, and Fergie to name a few.”

McCormick also pointed out that Wilhelmina is known for rebranding artists specifically to fit into the fashion and beauty industry—something record labels and Hollywood agencies have tried to do, but don’t have the right relationships.

It might be hard to imagine Brown—who also made waves last month when he decided to dress as a terrorist for Halloween—being involved with a beauty brand, but according to McCormick, there are mutual benefits. “I could see Chris getting a fragrance endorsement at the same time his next album launches,” she said. “Someone like COTY would be smart to package a fragrance with his CD, or mail fragrance samples to a fan’s home after [they] download his latest song on iTunes.” McCormick also aid that despite Brown’s checkered past, he still has millions of followers around the world, so a fragrance brand like COTY could benefit immensely.

While we may think it’s odd that high-level brands would want to work with a controversial figure like Brown, McCormick predicts his talent could trump his reputation. “The public is very forgiving if there’s a good comeback story,” she said, adding: “Chris is talented and still has incredible audience appeal. This should translate into sales when a brand stands behind him.”