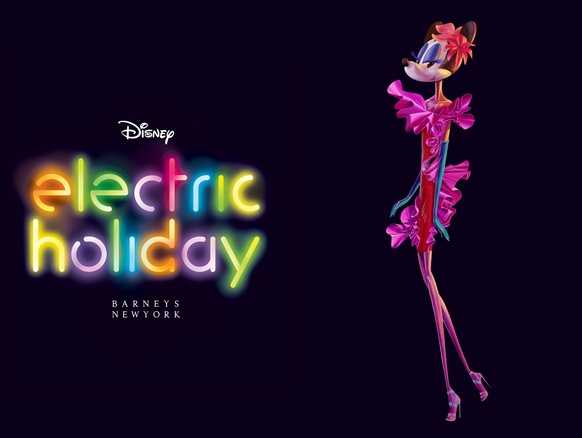 From Louis Vuitton to Target, it seems like every designer and retailer is going multi-media and releasing short fashion films. While most are representative of each brand’s overall aesthetic, it appears a new trend is surfacing—one that seems geared more toward your 4-year-old cousin than high-fashion consumers.

Yesterday, Barneys New York made waves when it released a clip of its new animated short, “Electric Holiday.” In collaboration with Disney, the film portrays classic characters like Minnie Mouse and Captain Hook alongside cartoon renditions of fashion’s most elite.

Yesterday, Proenza Schouler released its Fall 2012 ad campaign, a short video called “Desert Storm,” which displays computer-generated avatars from Second Life Animation grooving to techno music while wearing—what else?—select items from the brand’s collection. As technology progresses, new innovations in the way fashion is marketed to consumers is inevitable, but why such a focus on childlike animation?

“Fashion has always evoked fantasy and escape, which is exactly what animated characters represent,” said Karen Robinovitz, co-founder and chief creative officer of digital branding firm Digital Brand Architects. “Designers can extend their vision into a new realm. For consumers, it adds a dose of playful whimsy to their experience of fashion,” she said.

Robinovitz also points out that oftentimes when designers collaborate with recognizable brands like Disney, limited-edition pieces can become coveted items. “When there are product extensions [involved], pieces become collectables. It’s a way to mix up what you’re wearing—a character T-shirt with a high-fashion jacket. It’s a way to show you don’t take yourself—or fashion—too seriously and have a sense of humor with the way you embrace style.”

It’ll be interesting to see if more designers take this animated approach, considering fashion is an industry that seemingly puts a premium on all things elevated and serious.

Watch the Proenza Schouler cartoon above and tell us: What you think of this new approach to market high fashion?