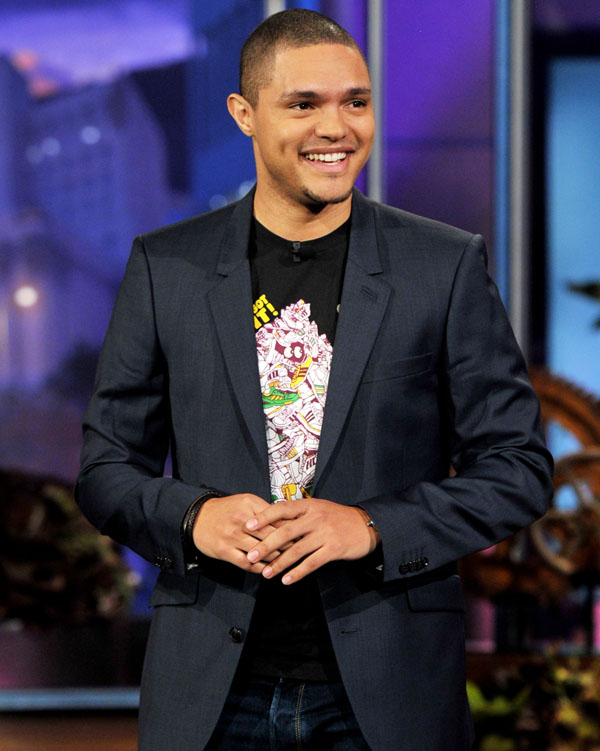 When it was announced that Jon Stewart would be stepping down from “The Daily Show” in February, the question on everyone’s mind, of course, was who could possibly replace the beloved host. Well, the world has its answer, and that answer is South African comedian Trevor Noah.

MORE: Who is Jussie Smollett? A Primer on the ‘Empire’ Breakout

“Who?!” was our first reaction too, considering Noah’s certainly not a big name in the U.S.—at least not yet. In fact, it seems Noah himself can hardly believe his luck, telling The New York Times: “You don’t believe it for the first few hours … You need a stiff drink.”

Here, five things you need to know about the new 31 year-old “The Daily Show” host.

2. He grew up in Soweto.
The comedian grew up in Soweto in South Africa, the son of a black Xhosa mother and a white Swiss father, whose marriage was actually illegal during South Africa’s apartheid which lasted until 1994. That experience has continued to inform much of his work and comedy.

3. He started his career as a soap actor.
Before starting his career in comedy, Noah was an actor, first starring in South African soap opera “Isidingo.” He then branched out hosting his own radio show, a gossip show, and even a dating game show.

4. He’s a big comedy star in his native South Africa.
He might not be a big name stateside, but Noah has already made his mark in his native country. After moving away from hosting and acting at the start of the decade, Noah began performing all over South Africa as a comedian appearing with international heavyweights on the comedy circuit like Paul Rodriguez, Carl Barron, and Dan Ilic. He’s had some successes in the U.S. too including becoming the first South African stand-up comedian to appear on both “The Tonight Show” and on “The Late Show with David Letterman.”

5. He has Jon Stewart’s blessing.
Stewart said in a statement: “I’m thrilled for the show and for Trevor. He’s a tremendous comic and talent that we’ve loved working with…[I] may rejoin as a correspondent just to be a part of it!!!”