If you’re a new Swiftie, you may want be asking yourself: Who is Ronan from Taylor Swift‘s new album, Red (Taylor’s Version)?

“Ronan,” which Swift first released in 2012, is the 21st song on Swift’s new album, Red (Taylor’s Version), which was released on November 12, 2021. Red (Taylor’s Version) is a re-recording of Swift’s 2012 album, Red, which was nominated for a Grammy for Album of the Year. In June 2021, Swift In June 2021, Swift announced that she would be releasing a re-recorded version of Red after her former record label, Big Machine Records, and manager, Scott Borschetta, sold the ownership of her first six albums—including Red—to Scooter Braun (who manages Justin Bieber and Ariana Grande) and his company, Ithaca Holdings.

Though “Ronan” wasn’t on the original Red, it is one of 21 songs on Red (Taylor’s Version) that she released previously and re-recorded once she left Big Machine Records. Red (Taylor’s Version)‘s also includes nine “From the Vault” songs, which were tracks that Swift wrote for the original Red but never recorded or released. “Like your friend who calls you in the middle of the night going on and on about their ex, I just couldn’t stop writing. This will be the first time you hear all 30 songs that were meant to go on Red,” Swift wrote in an Instagram post in June 2021.

So who is Ronan from Taylor Swift’s Red (Taylor’s Version)? Read on for who “Ronan” is about and the lyrics from one of Swift’s most heartbreaking songs in history. 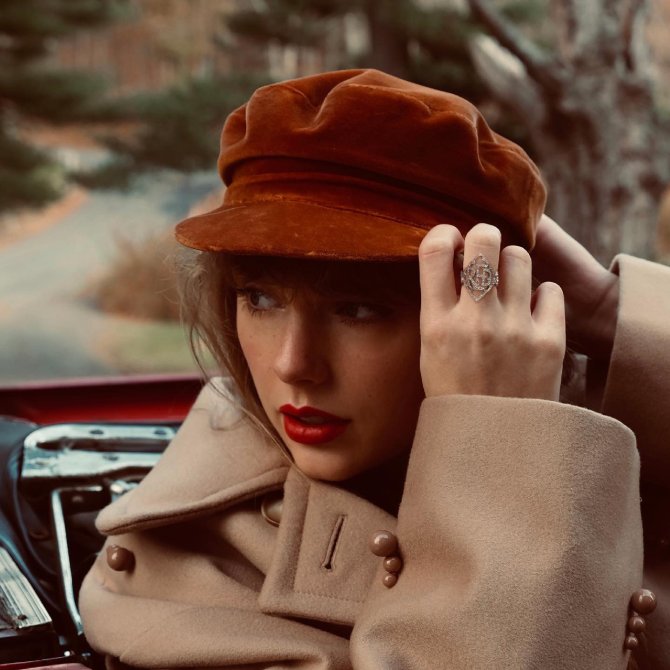 Who is Ronan from Taylor Swift’s Red (Taylor’s Version)?

So who is Ronan from Taylor Swift’s Red (Taylor’s Version)? Swift first released “Ronan” in September 2012 as a charity single for Stand Up to Cancer, a semi-annual telethon that benefits the American Association for Cancer Research. The song is about Ronan Thompson, a 4-year-old boy, who died in 2011 of neuroblastoma, a disease in which cancer cells affect nerve tissue in the body. Swift wrote the song after she read a blog titled “Rockstar Ronan” by Ronan’s mother, Maya Thompson, who started writing about her son in August 2010 after Ronan was diagnosed. When Ronan died in May 2011—just three days before his fourth birthday—Maya chose to continue the blog, with heartfelt letters to her late son, as a way to grieve.

Swift met Maya in October 2011 after she invited her to her concert at the Jobing.com Arena in Glendale, Arizona for her Speak Now World Tour. When they met, Swift told Maya that she wrote a song inspired by Maya’s blog, which caused her to cry. “My calmness soon turned to complete and utter frozen shock when these words came out of her mouth. ‘I wrote a song for Ronan.'” Maya wrote in her blog in a letter to Ronan at the time. “The tears started pouring down my cheeks as soon as I heard her say those words. But her words didn’t stop there. Not only did she write a song for you, but she wanted to know if it would be alright to perform it on the nationally televised show.”

Swift went on to perform the song for the first time at the 2012 Stand Up to Cancer broadcast in September 2012 before it was released online. The only other time she’s performed it was at the Glendale, Arizona, stop on her 1989 World Tour, which Maya, who is credited as a writer on the song, attended.

In a post on Rockstar Ronan in 2021, Maya revealed that Swift sent her recent email asking if she could re-record “Ronan” for Red (Taylor’s Version). “I’ve recently completed the re-recording of my 4th album, Red. It’s really exceeded my expectations in so many ways, and one of those ways is that I thought it would be appropriate to add ‘Ronan’ to this album. Red was an album of heartbreak and healing, of rage and rawness, of tragedy and trauma, and of the loss of an imagined future alongside someone,” Swift’s email read. “I wrote Ronan while I was making Red and discovered your story as you so honestly and devastatingly told it. My genuine hope is that you’ll agree with me that this song should be included on this album. As my co-writer and the rightful owner of this story in its entirety, your opinion and approval of this idea really matters to me, and I’ll honor your wishes here.”

Thompson confirmed that she gave Swift permission to re-record the song, as she didn’t want Scooter Braun to own the only recording of “Ronan.” “I tried my best to articulate how much this meant to me through my tears, but there are not enough words in the English language that will ever be able to appropriately convey my feelings about this. Taylor has anchored you to this world so you will never be lost, and now she has ensured you will forever be safe in a new, permanent home,” she wrote in a letter to Ronan. “She is once again going to give a voice to the often voiceless, the bereaved parents of the world.”

Along with Red (Taylor’s Version), Swift also released a lyric video for “Ronan” on November 12, 2021, which Maya reacted to in a tweet. “This is how I’ll be all day. I just listened AND watched Ronan, Taylor’s version. I couldn’t tell you about the music video until now,” Maya wrote along with a photo of herself in tears. “It is beyond perfection and I can’t wait for you all to see it. @taylorswift13 You are one of the greatest loves of my life. TY for loving him.”

Read the lyrics to Taylor Swift’s “Ronan”, via Genius, below. Red (Taylor’s Version) is available on Amazon.

I remember your bare feet, down the hallway

I remember your little laugh

I love you to the moon and back

I remember your blue eyes looking into mine

I remember you dancing before bed time

Then jumping on me waking me up

I can still feel you hold my hand, little man

And even the moment I knew

Remember I leaned in and whispered to you

I remember the drive home

When the blind hope turned to crying and screaming “Why?”

Flowers pile up in the worst way, no one knows what to say

About a beautiful boy who died

And it’s about to be Halloween

You could be anything you wanted, if you were still here

I remember the last day, when I kissed your face

I whispered in your ear

Out of this curtain room and this hospital grey, we’ll just disappear

What if I’m standing in your closet trying to talk to you?

What if I kept the hand-me-downs you won’t grow into?

And what if I really thought some miracle would see us through?

What if the miracle was even getting one moment with you?

I remember your bare feet, down the hallway

I love you to the moon and back