Who is Ivan Hall?

Let’s start with the basics. Ivan is a 28-year-old from Dallas, Texas, according to his Bachelorette bio. However, Ivan wasn’t born in Texas. In his bio, he reveals that he was born in Chicago and grew up in Plano, Texas, before moving to Dallas when he was older. He’s also close with his mom and talks to her “every day.” (Cue the awws.) He loves high-end cars, Filipino food (courtesy of his mom’s cooking), Crocs (he considers himself a “recovered” enthusiast) and intelligence, which he hopes to find in his future wife, a.k.a. Clare or Tayshia.

What is Ivan Hall’s job?

What happens to Ivan Hall on The Bachelorette season 16? 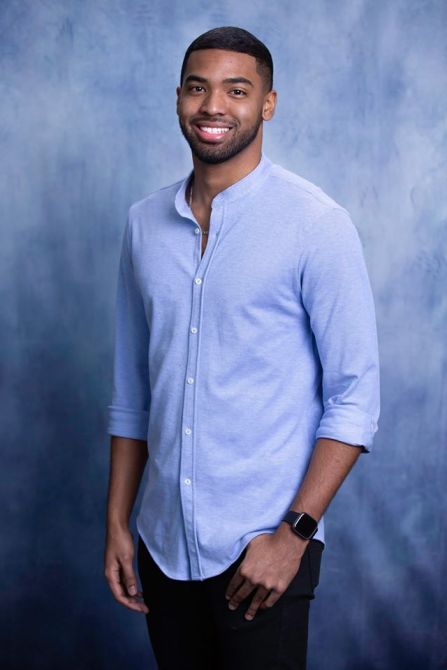 Ahead are The Bachelorette season 16 spoilers for what to know about Ivan’s time on Clare and Tayshia’s season.

Ivan Is Eliminated in Tayshia’s Final 3

In the trailer for Tayshia’s season, viewers see her bond with Ivan over both being biracial. He makes it far on Tayshia’s season all the way until her final three when he’s eliminated, according to Reality Steve. Ivan’s elimination comes at an interesting point, as around that time, Tayshia’s first pick for her winner, Brendan, also quit the show. In the end, Tayshia chose Zac over Ben, though the two aren’t engaged and Reality Steve believes they’re not going to last, per his sources. Ivan is in an interesting position. Though the season 25 Bachelor, Matt James, was already chosen before the season, several of the past Bachelors have been eliminated in the final three or four, which gives Ivan a shot at being the lead in a future season.