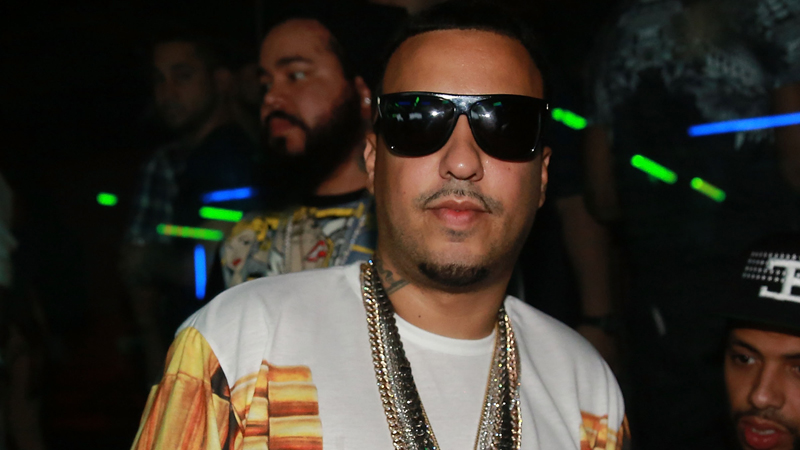 Rumors have been swirling for months that rapper French Montana is dating reality star Khloe Kardashian, though neither party has confirmed or denyed the buzz. After seeing photos from Kardashian’s recent 30th birthday bash however—the two are kissing and looking super-cozy—it’s pretty safe to assume these two are a couple.

Kardashian may be one of the most followed women on the planet (literally, the paparazzi follow her every move) but who exactly is Montana? He recently hit it big with hits like “Pop That” featuring Rick Ross, Drake, and Lil Wayne and “Freaks” featuring Nicki Minaj on his latest album. Still, even though his star is on the rise he isn’t exactly at the Kardashian level.

MORE: Yes, Kim Kardashian Has Her Own Video Game

Here, five things you need to know about Montana, Kardashian’s presumed main squeeze. And here’s hoping she’s luckier in love this time around.

1. He’s from Morocco and his real name is Karim Kharbouch.

The 29-year-old rapper born was born to Moroccan parents and lived outside of Casablanca until he was 13 years old. In the early 1990s his family moved to the South Bronx in New York City. Though his real name is Karim Kharbouch, he performs under the name “French,” as an homage to his roots. The last name “Montana” is a reference to Tony Montana, Al Pacino‘s character in the classic gangster film “Scarface.”

2. He’s worked with everyone from Miley Cyrus to Kanye West.

Montana got his start in New York’s underground rap scene in the early 2000s. He released his debut album, Excuse My French, in 2013 and became the head of his own label, Coke Boys, that same year. The album debuted at the top of the R&B/Hip-Hop Albums chart and it features everyone from P. Diddy to Drake to Kanye West. He was also recently featured on Jennifer Lopez’s new song, “I Luh Ya Papi” and he worked with Miley Cyrus on her track “F U.” If recent reports are to be believed, he’s currently working in the studio with Kanye West on his new album.

Apparently, he and West have a number of things in common besides music and the Kardashians. “I had always been passionate about fashion, but now I have the means to invest even more,” he told Status Magazine. He lists several high-end designers among his favorites including Fendi, Gucci, and Louis Vuitton, though Versace is probably his favorite. He told GQ, “I’ve been a fan of Versace for so long, watching people like Biggie, Puff, Jay Z. I’ve been collecting them for a while now.”

Like Khloe, Montana has a divorce under his belt. In 2007, the rapper married got married, and the couple had a son. “You’re moving and you’re not the same person because you’re so busy doing what you’re doing,” he explained to MTV, speaking to his divorce. “It’s unexplainable, it just happens.”

5. He reportedly bought Khloe a white Jeep.  And grillz.

At Kardashian’s recent 30th birthday bash the two were seen packing on the PDA on a yacht in New York City. And the day before, at her pre-birthday celebration at a nightclub in the Bronx, he reportedly surprised her with a white Jeep and three pieces of jewelry including a custom diamond ring and a pair of gold grillz. And while it isn’t clear where the duo met, they’ve been spotted getting cozy together for several months.