Forget the Game of Thrones finale, this announcement rocked our Sunday. Scarlett Johansson and Colin Jost are engaged, and we couldn’t be happier for them. The couple values their privacy and has kept their two-year-long relationship relatively on the DL. But Johansson’s publicist Marcel Pariseau told the Associated Press yesterday that the newly engaged couple is very happy and ready to wed. Pariseau said there’s no date set yet for the nuptials, but we’re guessing they’re not in too much of a rush. They have forever and always now!

This will be the first marriage for everyone’s favorite Saturday Night Live: Weekend Update host, Jost. The 36-year-old Harvard alum has been a writer for SNL since 2005 and “Weekend Update” co-anchor since 2014.  Johansson has been married twice before—to actor Ryan Reynolds and journalist Romain Dauriac, with whom she shares a 4-year-old daughter, Rose.

Jost and Johansson made their public debut as a couple back in November 2017. The pair most recently walked the red carpet together at the premiere of the 34-year-old’s film, Avengers: Endgame. The starlet shines as the heroic Black Widow, aka Russian spy Natasha Romanoff. Johansson first portrayed the character in Iron Man 2 in 2010. She’s expected to take on the role again in the long-anticipated, Black Widow spinoff.

“It’s been a very transformative decade,” the actress shared with USA TODAY prior to last month’s film release. “When my character started in Iron Man 2, she was like a souped-up secretary with a skill set on the side.” Boy did that change! Black Widow was one of the true heroes in Marvel’s latest Avengers film, and we’re guessing her future hubby was *very* proud. Just look at them! 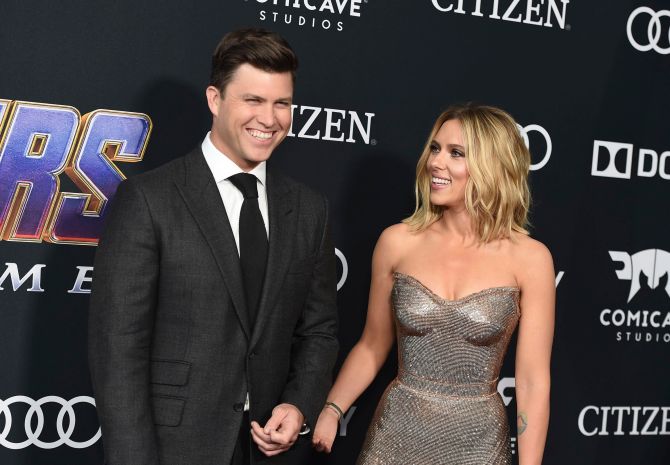 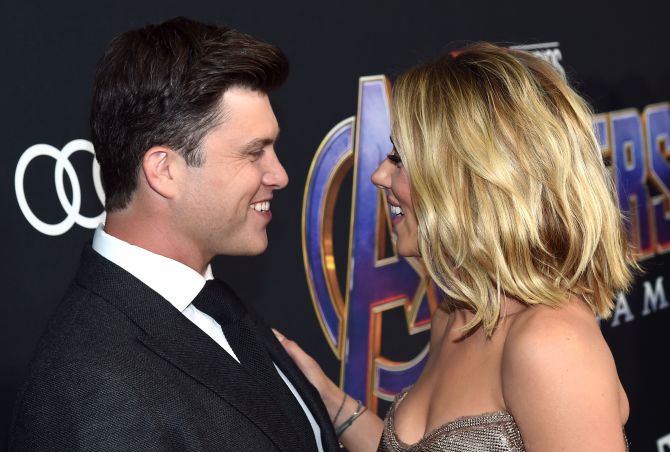