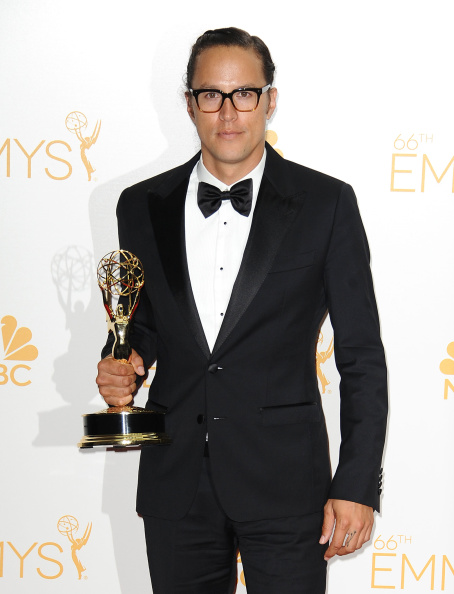 “Who is that?!” was a collective question asked by most women (and some men) while watching Cary Joji Fukunaga accept his Best Director Emmy award for “True Detective.” The incredibly attractive winner, 37, rolled up to the podium in hipster glasses, a classic tux, and a killer man-braid that made Jared Leto‘s lauded bun look like a shower cap. Oh, and his perfect face was there too.

So, who is Cary Fukunaga? Below, five things to know about the talented rising star (a.k.a., our new crush.)

1. He dated Michelle Williams
In 2011, Fukunaga—who has a Japanese dad and a Swedish mom—briefly dated actress (and noted hipster enthusiast) Michelle Williams, and several paparazzi photos exist of the pair holding hands in Brooklyn, New York.

2. He’s becoming one of Hollywood’s hottest directors (literally and figuratively.)
Cary’s first two features, the immigration and Mexican gangland saga “Sin Nombre” and his gothic adaptation of “Jane Eyre” earned him endless accolades, and he directed all eight episodes of “True Detective.”  Next up: a drama about child soldiers called “Beasts of No Nation” starring Idris Elba, and a two-part remake of Steven King’s “It.” 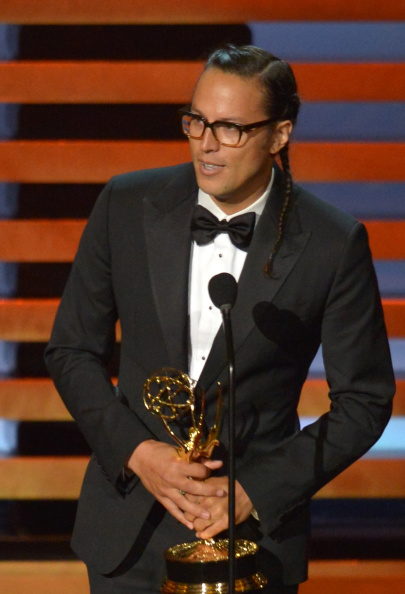 3. He’s really smart.
Cary—who was born in Oakland, California and lives in New York City now—has an undergrad degree from the University of California at Santa Cruz and an MFA in directing from New York University. He also studied at the Institut d études politiques de Grenoble in France, and has received several grants, including a USA Rockefeller Foundation Fellowship, the John H. Johnson Film Award / Princess Grace Foundation Fellowship, and a Katrin Cartlidge Foundation bursary. He’s fluent in French and Spanish, too.

4. He’s also really romantic.
Speaking to Vulture, Fukunaga revealed, “I’ve written immense love letters that are supposed to be opened over days at a time. I used to always make art for girls. That was the thing I did for girls to like me. I did portraits, drawings, letters that formed outlines of significant things in our relationship. Art. I just used art in general. It usually worked.” Um, we’d say so. 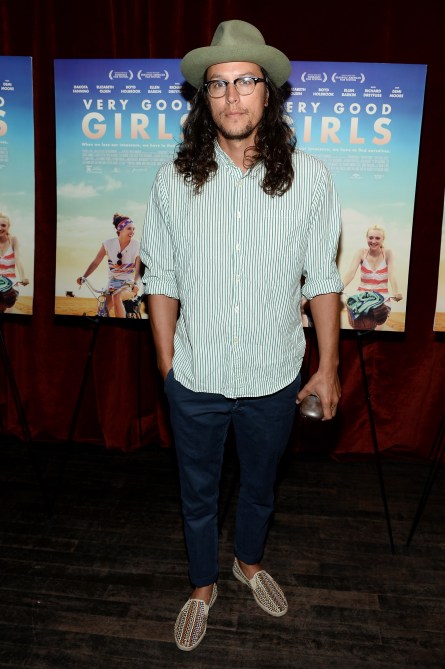 Looking hot and hip at a premiere in July 2014.

“Every season, I’d go for the winter to train and compete. At 22, I had a good year and went to live in Japan, had a couple of magazine articles and stuff. But by the time I turned 23, I came back and looked at my friends who were 26, 27, and working as lift operators, and realized I didn’t want to be that. I’d always been interested in filmmaking so figured I’d try it out. But snowboarding taught me a lot about discipline and pushing my limits.”