Who is Ben Smith?

According to his Bachelorette bio, Ben is a 30-year-old from Venice, California. Originally from the midwest, Ben graduated from the United States Military Academy at West Point and became an Army Ranger. However, a few years after that, Ben suffered a severe back injury, which led him to make the difficult decision not to return to active duty. With a passion in health and nutrition, Ben moved to Venice Beach. From his bio, it seems like Ben is quite the romantic. He likes to write love letters and he once flew across the country to see a woman he had never met in person. (So sort of like The Bachelorette.) Like other contestants this season, Ben is ready for marriage and a family.

What is Ben Smith’s job?

In his Instagram bio, Ben lists his job as Army Ranger Veteran. As we know, he left the army after he graduated when he suffered a back injury. This led him to his new job as a personal trainer, thanks to his love of health and nutrition. Ben is a coach at DEUCE Gym in Venice. He also has a video on the gym’s YouTube page where he talks about how he found fitness.

What happens to Ben Smith on The Bachelorette season 16?

Ahead are The Bachelorette season 16 spoilers we know about Ben’s time as one of Clare Crawley and Tayshia Adams’ contestants.

Ben Kisses Clare on Night One 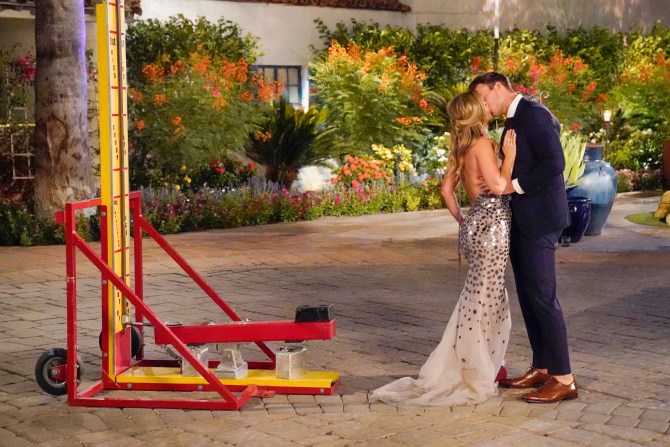 Those who have seen the first episode of The Bachelorette season 16 know that Ben is one of the few men who kisses Clare on night one. Though he didn’t receive her first impression rose (that went to her winner, Dale Moss), Ben did receive a kiss from Clare when he exited his limo and played a carnival game with her.

Ben Is in Tayshia’s Final 2

Reality Steve reported in November 2020 that Ben makes it to Tayshia’s final 2 with Zac. However, he doesn’t win, as Tayshia chooses Zac to give her final rose to. (The two are not engaged and Reality Steve doesn’t think they’ll last.) As for why Tayshia chose Zac over Ben, Reality Steve reports that Zac opened up to Tayshia the most out of all the men and told her that he loved her before the end of the season. According to the site, Ben didn’t open up as much to Tayshia and didn’t confess her love to her, which is why she chose Zac over him. However, it doesn’t seem like Zac was Tayshia’s first pick either. Reality Steve also reports that Brendan, who quits before the finale, was Tayshia’s first choice and she was “distraught” when he left.