Season one ended on a cliffhanger with some surprise cameos from the original show’s beloved cast. Sophie (Hilary Duff) and Jesse (Chris Lowell) finally got together but their relationship was over before the episode ended. He told Sophie he loved her in his sleep, which freaked her out. Sophie heads to a small little bar called MacClaren’s, which is where the gang hung out in nearly every episode of How I Met Your Mother. After ordering a drink from Carl the Bartender (Joe Nieves), she is greeted by the one and only Robin Scherbatsky (Cobie Smulders), who’s the perfect person to give advice on men who spill their hearts too quickly as Ted told Robin he loved her on their first date.

“Do not waste your time being scared, Sophie,” Robin advised in the season one finale. “Fear can make you run away from things that could be good—great even, things that are supposed to be a part of your story. So, really think about it: What did Jesse do wrong other than say everything you ever wanted a guy to say, just faster than you expected.” Sophie goes back to Jesse but finds up reuniting with his ex, Meredith, and Sophie’s romantic interest, Ian, comes back from abroad.

Without further ado, here’s everything we know and can speculate about going into season two of How I Met Your Father.

Who is the father in How I Met Your Father? 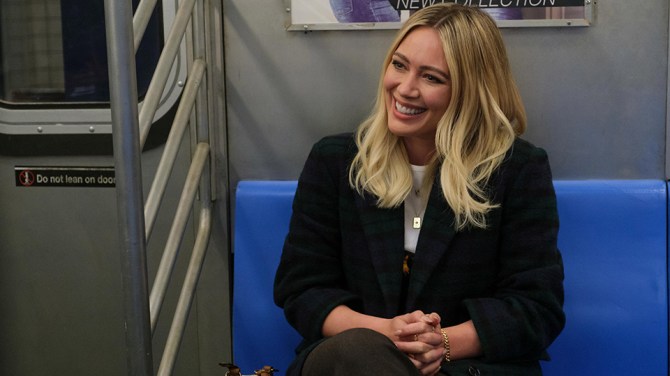 Who is the father in How I Met Your Father? We still don’t know yet but it’s something fans have been speculating about since the finale aired in March 2022. We’ve narrowed it down to four guys: Uber driver Jesse (Chris Lowell), Pemberton’s Pub owner Sid (Suraj Sharma), Tinder date Ian (Daniel Augustin) or British ex-pat Charlie (Tom Ainsley). Luckily, we get double the amount of episodes in season two, which debuted on January 24, 2023.

“For me, [the bigger surprise] was this idea that we’ve actually met the father in the pilot,” Lowell told StyleCaster’s sister site, TVLine. “That was something that was a departure from the original that I think is so exciting, and also unexpected for fans of the original. I love that it’s a completely different way to experience this, hopefully, multi-season mystery.”

From the onset, Lowell decided to throw out any expectations about who the father could be. “I almost have to forego all of the Future Sophie [played by Kim Cattrall] talking about the past,” Lowell explained. “I’m just looking at the circumstances of this specific episode and what’s going on with our characters because those are the only things that my character should know anyway.” 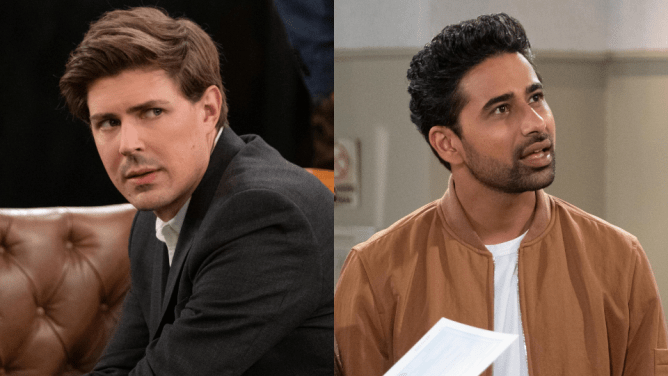 The showrunners, however, did hint to Variety that perhaps they don’t even have it fully figured out yet. “We have a very loose plan of the ending. We obviously come from the This Is Us world,” explained Elizabeth Berger. “So we’ve learned over the last almost full six seasons how important it is to have sort of the big moves of your plan mapped up out while still leaving yourself the room and the freedom to pivot or to push a little bit from what you expected. We really are people that have locked into the importance of having a plan, and we definitely have one as we as we go forward.”

In the second season premiere, which aired on January 24, 2023, fans got another shock in the return of more returning original cast members. The beloved-by-all, Neil Patrick Harris, reprised his role as Barney in a cameo. “We’re always so excited at the prospect of having anyone from the original on,” Berger told Entertainment Weekly. “We had an idea on how to use Barney this season that was really exciting to us very early. From there, we very quickly looped in [original HIMYM director] Pam Fryman, who texted him and said, “Do you want to come hang?” Because everyone adores Pam so, so much, she got a very speedy response. We got on a zoom with Neil and pitched him our idea for it and it fell into place very quickly, which was amazing.”

As for whether viewers can expect more surprises, including the return of their favorite How I Met Your Mother characters, this much is clear from Berger. Absolutely. “We truly have discussed plot lines for all of the original characters,” she told EW. “Now it’s just a question of parsing them out and hoping that people are available and want to do it when it’s the right time to ask. But yes, we think it’s so much fun and it makes our world bigger and it satisfies fans on a really deep level, so we love to do it and we have the ideas.” 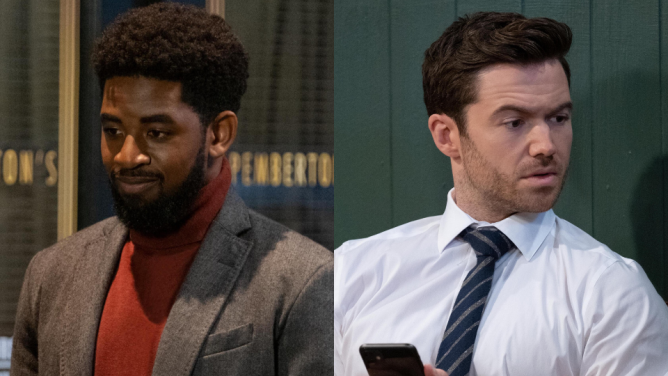 How I Met Your Father, Ian, Charlie

Will Barney show his face again? “That was really truly just a little tease but we do have some really meaty stuff coming. More is coming. By the time his appearance on our show is over, people will feel really satisfied by what they’ve seen,” Berger added. In the interview with TV Insider, executive producer Isaac Aptaker said Barney “has a really, really major impact on [Sophie’s] life in a very unexpected way.” Berger added, “Obviously these are two very different people and when they get together it’s gonna be really interesting and maybe not take the path that people would exactly expect.” WHAT DO THEY MEAN??? You’ll have to watch to find out.

How I Met Your Father is available to stream on Hulu. Here’s how to watch it for free.