This Halloween, the search for white slip-on Vans
might be just as competitive as an episode of Squid Game (minus the bloodshed, of course). Fans searching for costumes inspired by the Netflix hit series have caused items like green-and-white tracksuits and Vans’ white slip-ons to become instant bestsellers—and they’re selling out fast.

Currently, white slip-on Vans
have seen a 7,800 percent spike in sales ever since Squid Game premiered on Netflix in September 2021, according to Sole Supplier. Tracksuits are also becoming a hot ticket item this Halloween, as fans attempt to recreate the uniforms worn by players on the wildly successful South Korean thriller. The nine-episode survival series follows a group of debt-ridden contestants who agree to participate in a Hunger Games-style competition in hopes of winning a massive cash prize. The contestants—all 456 of them—battle it out to the death in a series of childhood games like “red light, green light” all while wearing their signature white slip-ons and matching tracksuits.

Ever since the series premiered on September 17, Squid Game quickly became “No. 1 in the world,” according to Netflix CEO, Ted Sarandos. The streaming content leader suggested that the series could go on to become the platform’s most-watched show yet during a conference in Los Angeles on September 27: “Squid Game will definitely be our biggest non-English language show in the world, for sure,” he said, adding that there’s “a very good chance it’s going to be our biggest show ever.”

Clearly, the success of Squid Game is rippling over into the demand when it comes to Squid Game Halloween costumes. You can check out our guide for all the best Squid Game costumes here, which includes the show’s menacing masked guards and replicas of the contestant uniforms. But for the hot-ticket item that everyone’s searching for most this Halloween, keep on reading below. 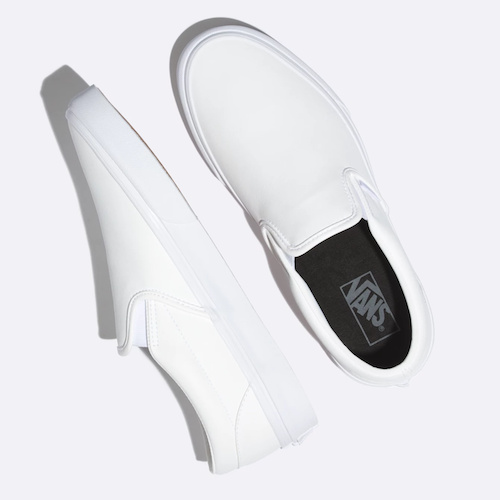 Right now, one of the best places to find a pair of White Slip-On Vans
is Amazon
if you’re hoping to receive these in time for Halloween. The retailer has dozens of sizes at various price points given the demand, but prices start at $50 per pair. 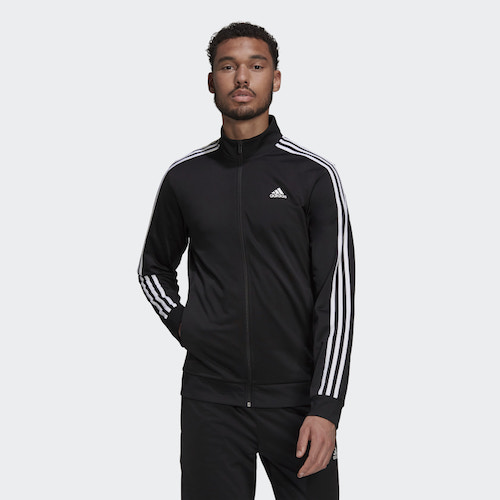 At this point, you may be hard-pressed to find a green-and-white tracksuit that will arrive in time by Halloween, as many replica costumes are delayed due to being shipped from overseas. Your next best bet would be a tracksuit like the Primegreen Essentials 3-Stripes Track Jacket and Pants by Adidas, which are still available in several sizes.