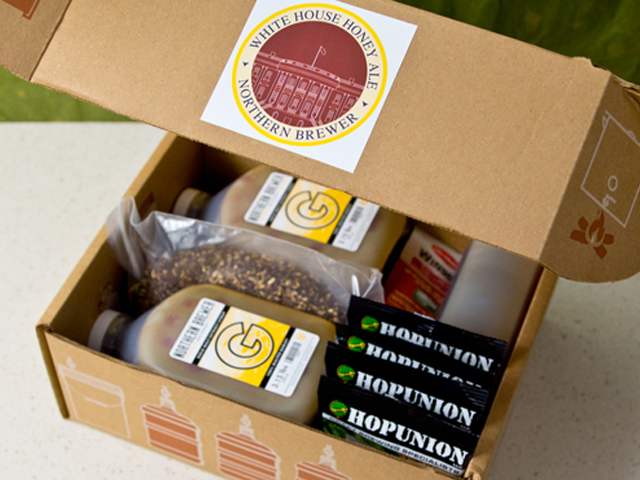 The White House has gone ahead and released two recipes for its White House brews that we have been hearing so much about—one for the White House Honey Ale and one for the White House Honey Porter. The stand out ingredient in both is White House honey from the bee-hive on the South Lawn. Assistant Chef at the White House Sam Kass said in a statement, “To be honest, we were surprised that the beer turned out so well since none of us had brewed beer before.”
For brewers interested in trying this at home it takes about two hours to whip up. Then a week later it takes about two hours to bottle. Then it needs to sit for about two weeks before you can kick back and enjoy a cold one.
The release of the beer recipes has sparked a mini industry. Northern Brewer Homebrew Supply based in St. Paul Minnesota has released mini kits starting at $36.99 (pictured) which will enable you to create the beer. Brew Camp located in Chicago is offering classes specifically on making the beer for $30.
For the exact recipe visit whitehouse.gov and if you try making the beer yourself, definitely let us know how it goes!