As always, Halsey is keeping it very real. Their song “Whispers
” is a slow-burn, starting with hushed tones and a steady piano—that is, until Halsey brings out the big guns. They sing about everything from self-sabotage and daddy issues, to mental illness and the pressures of social media. The result? Despite its name, “Whispers” and its lyrics are far from quiet.

The track appears on Halsey’s fourth full-length album, If I Can’t Have Love, I Want Power
, which was released on August 27, 2021. Halsey has hinted at the “horror theme” of songs like “Whispers,” telling Apple Music‘s Zane Lowe that the haunting nature of her fourth studio album was inspired by their experience being pregnant with their first child. “The reason that the album has sort of this horror theme is because this experience, in a way, has its horrors,” she explained. “I think everyone who has heard me yearn for motherhood for so long would have expected me to write an album that was full of gratitude. Instead, I was like, ‘No, this shit is so scary and so horrifying. My body’s changing and I have no control over anything.’ Pregnancy for some women is a dream—and for some people it’s a fucking nightmare. That’s the thing that nobody else talks about.” 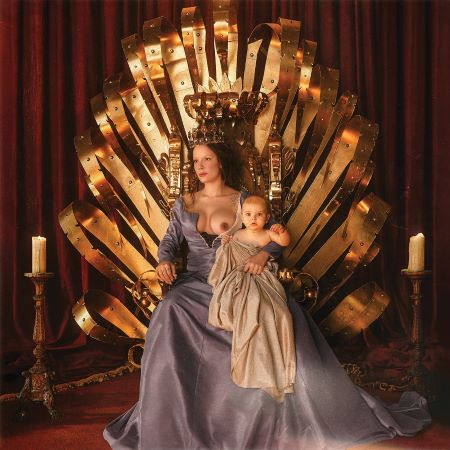 Indeed, Halsey doesn’t shy away from dark thoughts or fears like these on “Whispers.” They tackle trauma head-on, questioning “Why do you need love so badly?/ Bet it’s bеcause of her daddy,” in one verse, while admitting she’d “Sabotage the things I love the most,” in the next. The New Jersey-native even slips in a reference to their mental health, hinting at “a monster inside me that eats personality types.”

In the past, Halsey has been vocal about their struggles with bipolar personality disorder, telling Rolling Stone in 2019 that she’d been “committed twice” since her music career kicked off. “But I’m not ashamed of talking about it now,” they told the magazine at the time. “It’s been my choice. I’ve said to [my manager], ‘Hey, I’m not going to do anything bad right now, but I’m getting to the point where I’m scared that I might, so I need to go figure this out.'”

For anyone listening “Whispers,” this honesty—and bravery—is clearer than ever. Keep on reading for the full lyrics to “Whispers” via Genius, below.

It’s the thing in your thighs when you’re lonely at night
Scroll through your phone, gettin’ high off the light
Numb in your chest when you close the blinds
Repose in time and you tell yourself you’re fine, but you

I’ve got a monster inside me that eats personality types
She’s constantly changin’ her mind on the daily
Think that she hates me, I’m feelin’ it lately
Might have to trick her and treat her to
Seventy capsules or fly to a castle
So at least we could say that we died bein’ traveled
Cultured and flattered and then I could trap her
But what does it matter?