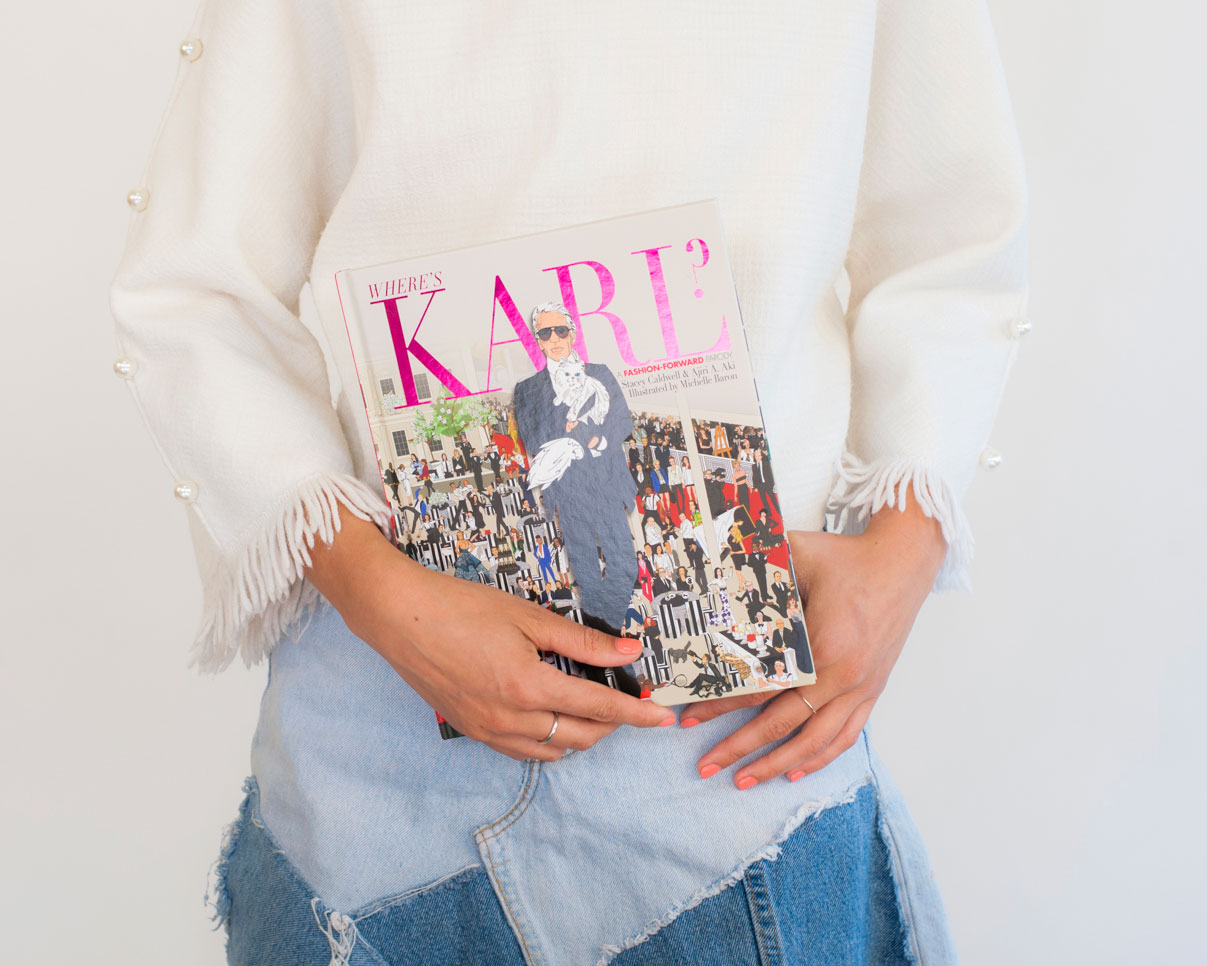 There’s new version of “Where’s Waldo” more suited to fashion girls than little girls. I’m referring to Where’s Karl?, a buzzy new book inspired by the famous children’s illustrations that offers a stylish parody about Chanel creative director and all-around fashion icon Karl Lagerfeld. It also happens to be the latest addition to my coffee table.

While on a business trip to Paris, Thakoon exec Stacey Caldwell spotted Lagerfeld taking a break from the couture shows to grab the morning paper. She continued to see his trademark white powdered ponytail and black sunglasses popping up on future trips to Paris, and decided to make a game of looking for the designer—and now, a book dedicated to the search. 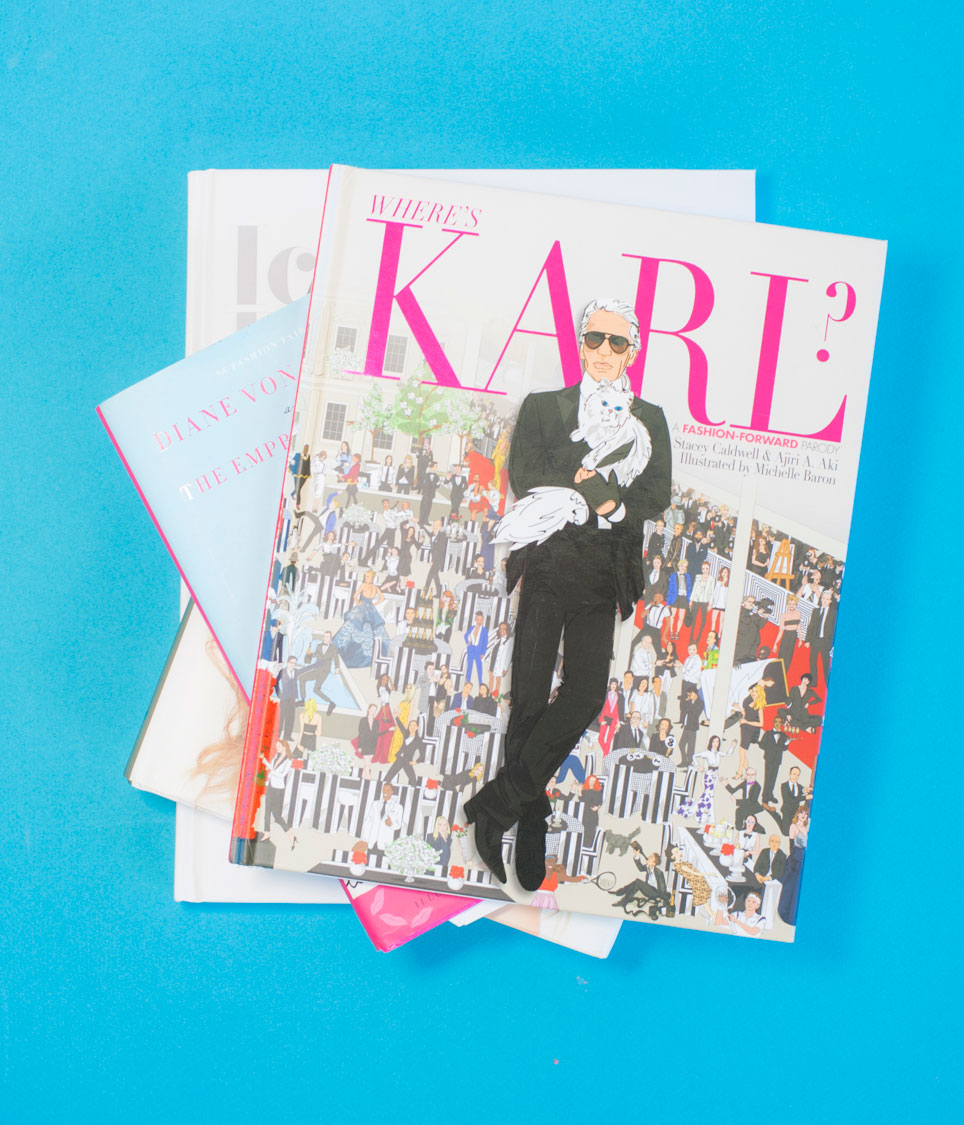 The hardcover follows a fictional fashion blogger, Florence d la Sabine (Fleur) who grew up on glamorous tales about her French mother’s former career as a model. Somewhere between stories about walking the runways at Chloé and Chanel, and tales of partying in Paris during the wild ’70s, Fleur’s obsession with Lagerfeld was sparked, and she became fixated on finding Karl, and speaking with that “Karl-o-pedia” in order to take her fashion blog to the next level.

There’s just one flaw though: Monsieur Lagerfeld is mighty hard to track down, which is why she needs your help to troll through 15 cities to find the style icon.

Cute concept, right? Well, the illustrations are even cuter and the book’s packed with references to the elite fashion industry crowd—because where would a Karl Lagerfeld coffee table book be without mention of his entourage? Characters you’ll spot include Anna Wintour, Alexa Chung, Rita Ora, Carine Roitfeld, Cara Delevingne, Kate Moss, and even Sebastien Bordeaux, Karl’s bodyguard. Oh, and Choupette gets a mention too, naturally.

Where’s Karl?—a collaboration between Caldwell, fashion video producer Ajiri Aki, and illustrator Michelle Baron—is pretty much a must-have for any fashion lover, and the hardcover ($8.79) just became available on Amazon  and in department stores like Barney’s New York.

It’ll take you to the Met Gala in New York, Aman Resort in India, Art Basel in Miami, to lunch with Miroslava Duma in Moscow, and just about every other fashion hotspot on the planet. I’ve already got mine, so be sure to snag yours before they inevitably sell out. 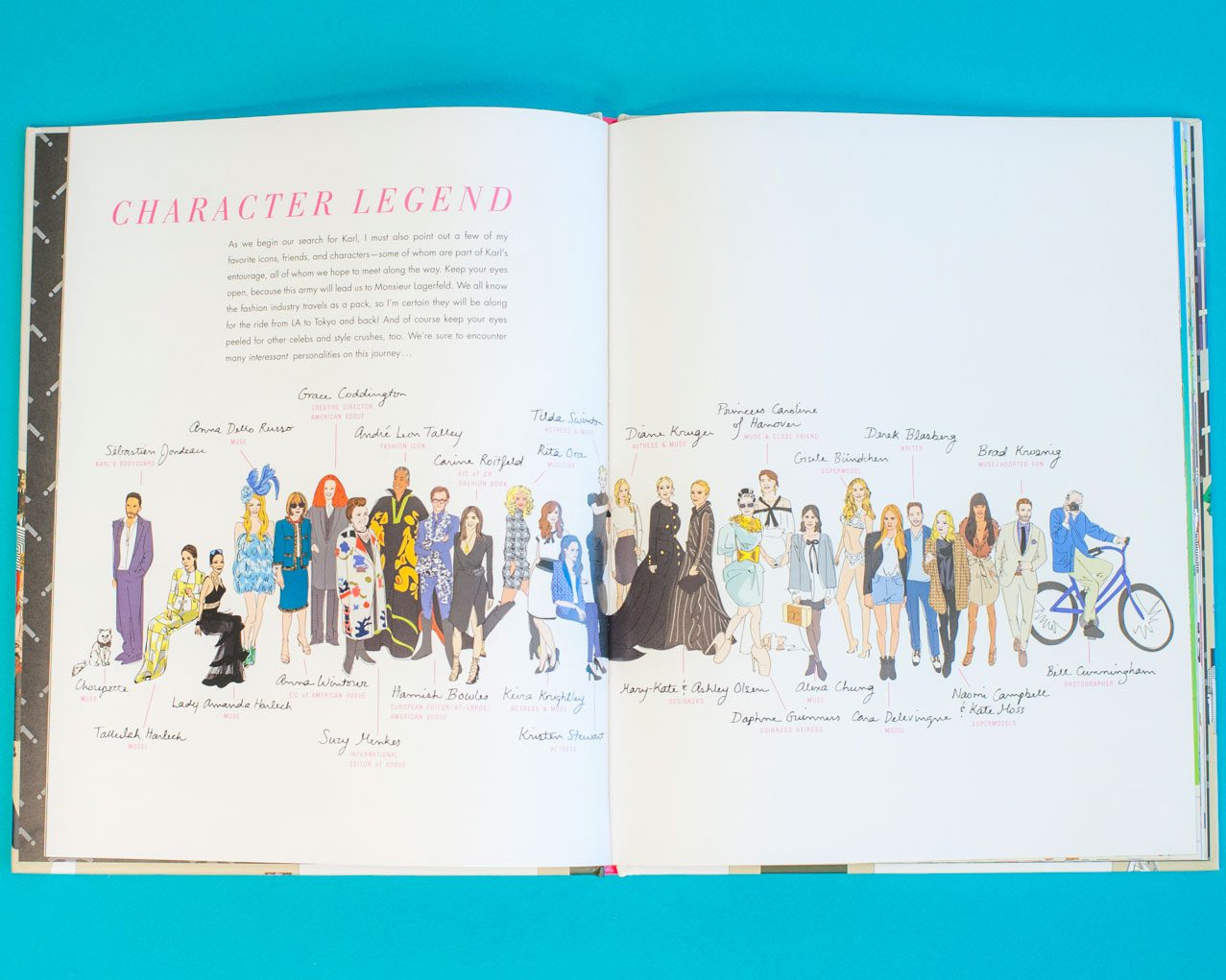