After months of patiently waiting to learn more about 818, Kendall Jenner’s tequila brand, fans are finally receiving some answers regarding the newest installment in the Kardashian-Jenner brand empire. I’m nothing if not a little nosy when it comes to an exciting new launch, so if you’re feeling the same and desperate for some tea (or some tequila), here’s everything I know about Kenny’s very own alcohol label so far—including where to buy 818 Tequila for yourself.

This obviously isn’t the first time a member of this famous family has launched their own guaranteed-to-be-a-hit brand. Kylie has her wildly-popular cosmetics and skincare lines; Kim has beauty, fragrance and SKIMS shapewear; Khloé has seen massive success with her apparel line Good American; and um, Kourtney has Poosh.

Now, Kendall has a project of her own—and she’s coming for your bar cart. The 25-year-old is no business newbie—she previously invested in trendy oral-care brand MOON and released a best-selling makeup collection with Kylie Cosmetics—but this the first time she’s stepping out entirely on her own and to that accomplishment, I raise a glass. Of 818 Tequila, natch. 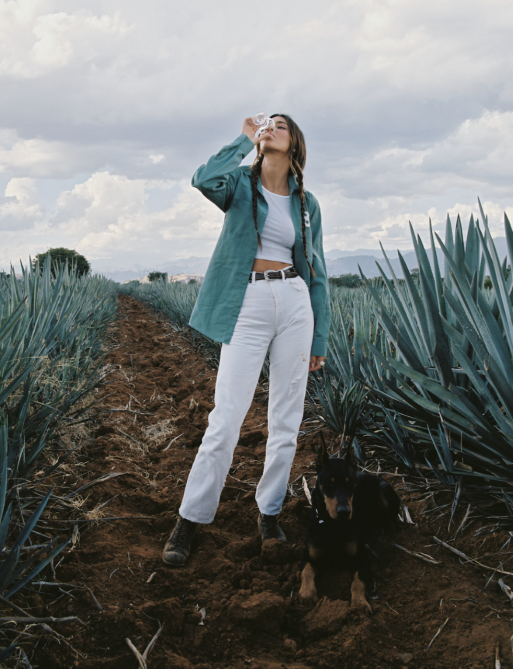 Jenner officially shared the news of her tequila brand in an Instagram post back in February and shared that 818 will offer three different iterations of tequila, all hand-crafted in Jalisco, Mexico. Four years and “dozens of blind taste tests” in the making, fans can expect a Reposado ($54.99), an Añejo ($64.99) and an Añejo Blanco ($44.99).

In case you don’t know the differences between the different types of tequila—or which to include in your favorite cocktail—here’s a simple breakdown. Reposado-style tequilas are aged anywhere from two to 11 months in oak barrels, which give them both a richer flavor and color. Añejos, on the other hand, often have to be aged for over a year, which gives them a more complex flavor. Blanco—which is also referred to as “silver” tequila—is clear in color and is aged up to two months or not at all.

Apparently, all three 818 bottles are already award-winning. Jenner shared that the brand was anonymously submitted to multiple competitions and crowned a fan and expert favorite—so it’s not just the Kar-Jenners who think it’s bomb. That said, Jenner fans are now finding out that the family has been sneaking the drink on Instagram for months now. According to these eagle-eyed IG detectives, bottles of 818 have made their way into the corners of several Jenner vacation pics recently and videos of the Jenners and their inner circle sipping from unbranded, label-less bottles have also been posted to Instagram Stories. 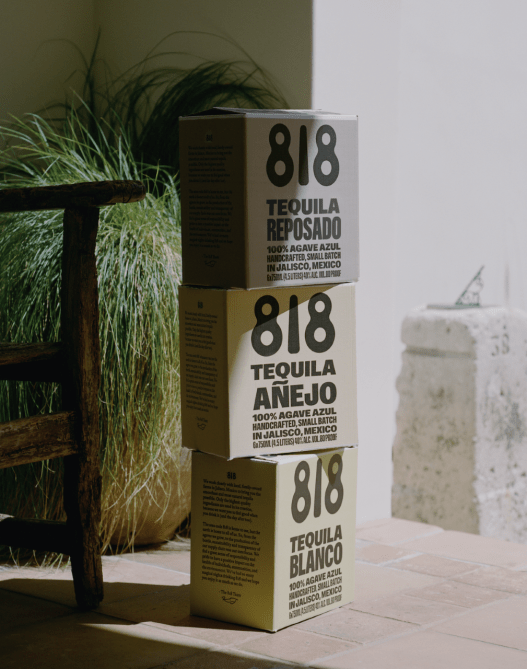 OK, now for the scoop: when and where to buy! 818 Tequila will be available for purchase the week of May 17. California-based shoppers can snag theirs at IRL locations found on the Drink818.com site and the brand’s Instagram. Sheesh, what a terrible time to not live in California! Don’t worry, though—all summer long, the brand plans to expand to more and more states, so it won’t be long until we can all stock our shelves with Kenny-approved tequila for life. Don’t mind if I do!