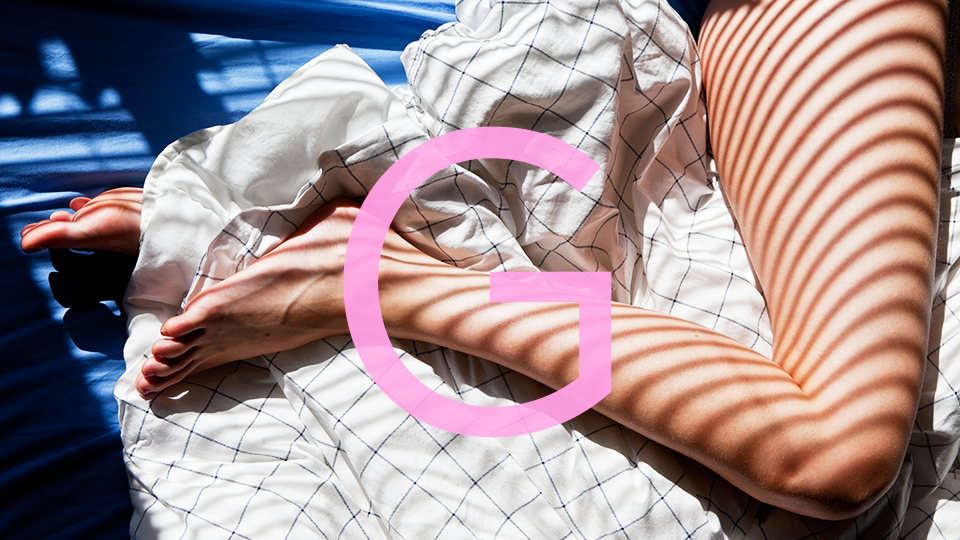 I consider myself a fairly educated person when it comes to women’s health and sexuality: I took courses on the subject in college and have been reporting on various subcategories—both juicy and serious—since graduation. But still, I don’t know much about the G-spot, other than the fact that it’s elusive and supposedly full of untapped potential for multiple explosive orgasms.

A quick Google search returns a motley batch of results, including a clinical Wikipedia definition, several men’s websites promising instructions for finding and mastering a woman’s G-spot, and an Urban Dictionary post from a woman who offers detailed instructions for finding her G-spot, writing, “I am a female and I am telling you that the g-spot is real.” Cool, thanks, “G-Spot Wizard.”

As entertaining as these links are, I didn’t find them especially informative, so I decided to ask pros for more legitimate info. These are the most interesting, helpful, and surprising tidbits I learned about the mysterious G-spot:

In the 1950s, a German-born doctor named Ernst Gräfenberg described his discovery of a dense area on the vaginal wall a couple of centimeters wide that was highly sensitive and erogenous. “Scientists love arguing about the G-spot,” says clinical sexologist Marlene Wasserman, DHS. “When new research comes out, more confusion arises. I am often amused, wondering what the latest findings will be on this elusive G-spot story.”

2. There’s no proof it actually exists.

MORE: 50 Little Ways to Be a Lot Sexier Right Now

Taking advantage of your clitoris doesn’t just mean focusing on that one pea-sized, super-sensitive spot (though that will definitely feel good). “We know it’s actually the whole vulva, now called the clitoral complex because the entire area is filled with rich nerves,” says Wasserman. “When stimulated for the right amount of time, in a way that arouses a woman, it can guarantee her an orgasm.” The clit itself, she says, is “the button of pleasure,” since it has 6 million nerve endings—more than enough to get you off—whereas scientists have no idea how many nerves the G-spot has.

4. Every woman’s G-spot is located in a different place.

If, in spite of all this doubt and unconfirmed evidence, you’re still intrigued and motivated to go after the elusive G-spot orgasm, here’s where to look for it: “It’s technically located on the front side of the vagina, directly below the urethra,” says sex therapist Laurie Watson, host of the podcast FOREPLAY: Radio Sex Therapy. But, she says, every woman’s is likely in a slightly different place. “Some men report feeling engorgement at the site, which is about the size of a quarter,” she says, “But most partners can’t really feel a difference. Women who aren’t aroused say they feel stimulation of their G-spot as feeling like they need to pee—meaning they found the right spot, but at the wrong time.”

MORE: The Smart Reason You Should Probably Be Dating More than One Person

6. During sex, your best shot at finding it is through deep thrusting.

“You’re likeliest to experience amplified vaginal and G-zone orgasms when there is deep thrusting, when you’re swollen and lubricated,” says Wasserman. In other words, you’ve got to be turned on already for it to work. “Doggy style, legs over his shoulders, even side-by-side thrusting may bring deep sensations—and go for the gold by stimulating the clitoris at the same time.”

7. It has zero biological purpose.

“Since there’s no scientific proof of what the G-zone is or even that it exists, one can’t claim any biological purpose,” says Wasserman. “It’s even unclear what the biological purpose of orgasm for women is.” One intriguing theory, though, is that women orgasm in order to attach men to us. “If he’s going to stay and spend the time bringing her to orgasm, he may well be a mate who will hang around to feed his offspring!”

Pretty fascinating stuff, and we’re glad that birth control and women’s rights happened, so we don’t have to think about sex in such a utilitarian way. However, caring about making you come, G-spot or not, is certainly still an important criterion for a long-term mate, am I right?!