If you’re a member of Bachelor Nation, you may have asked yourself: Where is Bachelor in Paradise filmed? And how can I stay at the resort Bachelor and Bachelorette alums slept, fought and made out?

The next week, the roles are reversed, and the gender that didn’t give out roses the previous week now has the job of choosing who to give a rose to and who to send home. Each week, more contestants from past seasons of The Bachelor and The Bachelorette are also join the show to create an uneven number between the women and men and force the contestants already there to either couple up with someone new or stay in their current relationship. Contestants are also given date cards at random to choose contestants they want to spend alone time with. Many new contestants join the show with a date card. 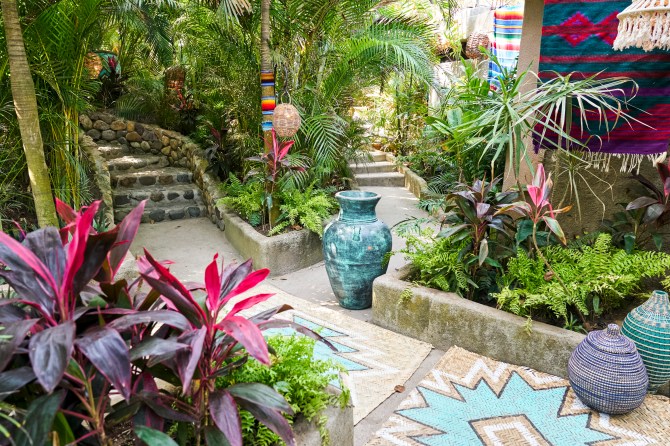 Where is Bachelor in Paradise filmed?

So…where is Bachelor in Paradise filmed? Since season 2, Bachelor in Paradise has been filmed at the Playa Escondida Resort in Sayulita, a town in Vallarta-Nayarit, Mexico. (Season 1 was filmed at the Casa Palapa resort in Tulum, Quintana Roo, Mexico.) According to the hotel’s website, Playa Escondida is a secluded, beachfront resort surrounded by hills, a 350-foot coastline and covered with jungle. The resort is located 40 minutes from the Puerto Vallarta International Airport on the Pacific Coast of Nayarit, known as Riviera Nayarit, and is one mile from the town of Sayulita.

The private beach includes complimentary boogie boards, hidden coves and a thatched beach bar (the same one Wells Adams bartends at on Bachelor in Paradise) that serves tropical fruit cocktails, smoothies and ice-cold beers. The resort also includes several pools, including an infinity edge pool and waterfalls, as well as multiple hillside jacuzzis. Guests can also practice yoga on the yoga platform, which is shaded by a thatched roof and is made of natural stone.

How to book a stay at the Bachelor in Paradise resort

So how can one book a stay at the Bachelor in Paradise resort? Well, rooms at the Playa Escondita Resort range from $150 per night to $600 per night, so they’re not cheap. Each room comes with either one or two beds, and can fit one to four people. Prospective guests can also search for rooms that include a jacuzzi, A/C, gold cart or kitchen. To book your stay at the Playa Escondida Resort, click here.

Who is the Bachelor in Paradise 2022 host? 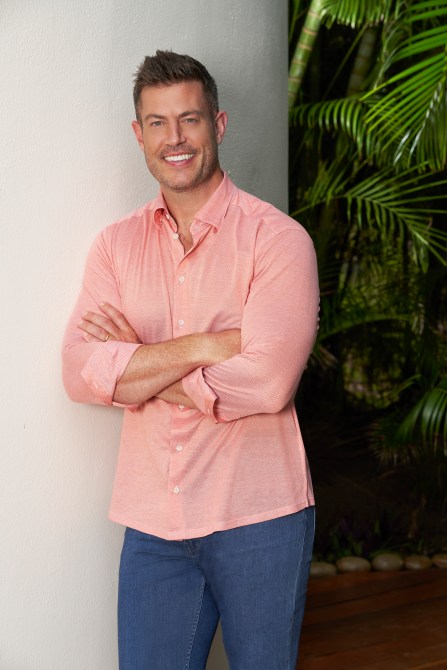 Who is the Bachelor in Paradise 2022 host? The Bachelor in Paradise season 8 host is Jesse Palmer, who was the season 5 Bachelor in 2004 and was the youngest Bachelor in Bachelor Nation history at 24 years old. Jesse hosted his first Bachelor franchise show in 2022 with The Bachelor season 26 with Clayton Echard. During The Bachelor season 5 finale, Jesse gave his Final Rose to Jessica Bowlin, but didn’t propose to her. Jesse and Jessica continued to date, but ended their relationship a few weeks after the finale of their Bachelor season aired. In June 2020, Jesse and his girlfriend, Emely Fardo, married in an intimate wedding in New York City. Jesse told Us Weekly in November 2021 that he and Emely planned to marry in Provence, France, before the current health crisis cancelled their wedding date. “We had originally planned a wedding in Provence, France, for summer 2020, which was postponed until summer of 2021 due to the pandemic, but we didn’t want to wait any longer,” he said at the time. “So, we had a small, private and intimate ceremony with close friends who lived in New York City.”

Jesse graduated from the University of Florida in Gainesville, Florida, where he played football for the Florida Gators, in 2001 with a bachelor’s of arts degree in political science and a bachelor’s of science degree in marketing. After graduation, Jesse was drafted by the National Football League to play for the New York Giants. He played with the team for four seasons from 2001 to 2005 as a quarterback. After the New York Giants, Jesse was drafted by the Canadian Football League to play for the Montreal Alouettes. He played with the team until 2005 when he was signed by the San Francisco 49ers. He then resigned with the Montreal Alouettes in 2006 before he retired from football in 2007 to pursue a broadcasting career. Since his broadcasting career started, Jesse has worked with networks like Fox, NFL Network, ESPN, ABC and SEC Network. He’s also guest starred on Law & Order: Special Victims Unit and made guest appearances on shows like Recipe to Riches and Good Morning America, and hosted the Food Network’s Spring Baking Championship and Holiday Baking Championship.

Jesse was announced as The Bachelor season 26 host in September 2021. “For more than 20 years, The Bachelor has brought the world dozens of unforgettable love stories, including at one time, my own,” he said at the time. “Falling in love is one of life’s greatest gifts, and I am humbled by the opportunity to return to the show as host this season to offer the newest Bachelor advice gained from firsthand experience and I am grateful to play a small part in his journey.” The announcement came after Chris Harrison, the former host of Bachelor Nation, confirmed in June 2021 that he had retired as the franchise’s host after 19 years. “I’ve had a truly incredible run as host of The Bachelor franchise and now I’m excited to start a new chapter,” he wrote in an Instagram post at the time. “I’m so grateful to Bachelor Nation for all of the memories we’ve made together. While my two-decade journey is wrapping up, the friendships I’ve made will last a lifetime.”

ABC confirmed in March 2021 that Chris wouldn’t host season 17 of The Bachelorette and would be replaced by Tayshia and Kaitlyn. “Chris Harrison will not be hosting the next season of The Bachelorette,” ABC said in a statement at the time. “We support Chris in the work that he is committed to doing. In his absence, former Bachelorettes Tayshia Adams and Kaitlyn Bristowe will support the new Bachelorette through next season. As we continue the dialogue around achieving greater equity and inclusion within The Bachelor franchise, we are dedicated to improving the BIPOC representation of our crew, including among the executive producer ranks. These are important steps in effecting fundamental change so that our franchise is a celebration of love that is reflective of our world.” He officially retired as the Bachelor Nation’s host in June 2021.

Who is the Bachelor in Paradise 2022 bartender? 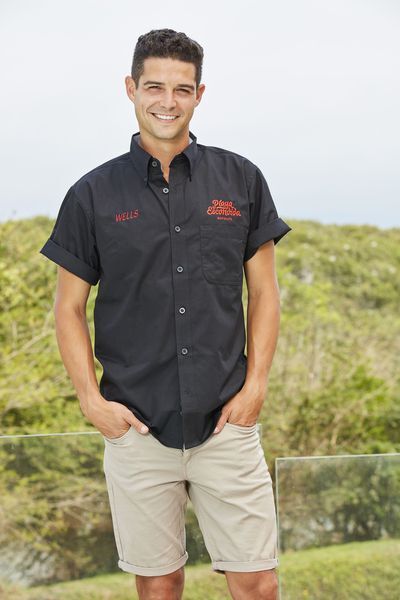 In August 2022, Wells married actress Sarah Hyland after five years of dating. They got engaged in July 2019 and were set to marry on August 8, 2020, but had to postpone their wedding due to the COVID-19 pandemic. In an interview on Jimmy Kimmel Live! in 2019, Sarah revealed that she met Wells on Twitter. “Have you seen those memes of ‘Slide into the DMs?’ That. He slid into my DMs,” Sarah said. “I was following him. We had tweeted each other because I thought he was funny and he was a fan of the show. I saw him as the bartender and I was like, ‘That’s really cute.’” She continued, “I was single, obviously, and was like, ‘This is really awesome. You’re being very forward and it’s sexy and not aggressive but very confident and sexy,’ and I liked that.” After some messages back and forth, Wells asked Sarah on a date. “‘Next time I’m in LA, I’m taking you out for drinks and tacos.’” he messaged. Sarah continued, “I love tacos. He loves tacos so that was his thing. Like, ‘I love tacos, let’s see if she loves tacos.’ We both love tacos! We have an obsession with tacos. Tacos and tequila, that’s our thing.”

In an interview with Cosmopolitan in 2020, Sarah revealed when she knew Wells was The One. Sarah explained that, a few days after she and Wells had the first real date at an Emmys party in 2017, she underwent her second kidney transplant. Wells flew from Nashville to Los Angeles to see Sarah on the weekends of her recovery process, where he also met her parents. A month into their relationship, they told each other they were falling in love. “I asked him when he was going to ask me to be his girlfriend,” she said. “I’m impatient.” She continued, “We were talking about what kinds of weddings we wanted four days after we made things official. I hate that typical cliché of ‘when you know, you know,’ but it’s so fucking true. At least it was for me.”