Carly Spindel has inadvertedly been in the matchmaking business since she was six years old. Now, she’s the vice president of Janis Spindel Serious Matchmaking Inc. (check them out at JanisSpindelMatchMaker.com!) and has “officially” been matching couples for four years.

If you’re someone who wants to get married, it’s a given that you’ve questioned whether your long-term boyfriend is going to propose. Many of us stick around waiting for the commitment that never comes, which isn’t only upsetting because it means you might potentially lose a guy you care about, but it’s also pretty irritating to think about the years you’ve wasted with someone who doesn’t want the same things as you. If you don’t want this to happen to you, familiarize yourself with these telltale signs that your  man isn’t going to put a ring on it.

But remember, ladies: It’s unfair to apply these signs to a guy you’ve only been dating a measly month or two. If you’re really wondering whether to fish or cut bait, a good gauge is if you’ve been exclusive for a year or more. 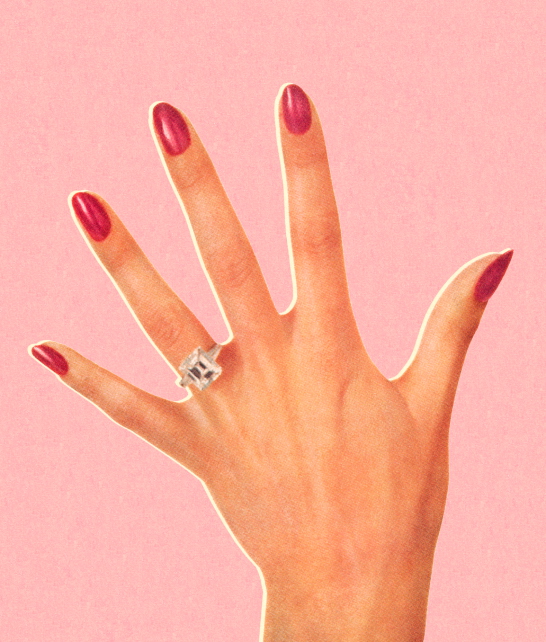 1. He avoids weddings.
When a guy isn’t squeamish about marriage, he’ll definitely become much more excited about attending weddings, and he’ll want to you to come with him. If your man hates going to other people’s nuptials, that’s a good sign he isn’t ready for his own.

2. He doesn’t talk about getting married.
If you bring up the topic of marriage and he changes the subject as fast as possible, marriage isn’t on his mind. If he has an aversion to the M-word, he’s subtly letting you know that marriage probably isn’t part of his plan in the foreseeable future. Likewise, when you’re with other people and the topic of marriage or children is brought up, pay attention to how your boyfriend reacts. Does he quickly change the subject (bad), or does he ever say things like “when I get married…” (good.)

3. He doesn’t plan.
If your boyfriend only makes plans for the immediate or short term, marriage likely isn’t a priority. Perhaps he’s always ready to make a date for this week or the weekend, but rarely commits to the distant future. If he’s hesitant to make plans six months from now, your future together may not be a sure thing.

MORE: How to Find a Unique Engagement Ring

4. He comes up with excuses.
Men are simple creatures. When they want something, you’ll know. If they’re constantly making excuses about marriage or the future, it’s time to realize that something’s wrong. If he’s too busy and stressed to talk about it, or he has too much going on to focus on buying a ring, your future together isn’t looking so bright. Any excuse isn’t a good thing. If your boyfriend blames his lack of interest in marriage on work or family, he isn’t as eager to walk down the aisle as you are.

6. He likes living in the past.
Pay attention to what your boyfriend enjoys reminiscing about. Does he make references to how great the last vacation you guys took was? Or does he constantly and longingly tell stories about his college days? If he enjoys talking about his Spring Break ’04 or mentions how much misses going out every night with his friends, he’s probably not mature enough to wed just yet.

7. He has no interest in your future.
When you mention your future, if he seems completely uninterested in what you have planned, he isn’t looking to build a life together.

8. He prefers to hang out with other single men.
Are your boyfriend’s friends mostly married or mostly single? If he only wants to surround himself with happy bachelors instead of having a healthy mix of single and married friends, he’s not rushing to take things to the next step.

9. He hasn’t mentioned starting a family.
Men don’t have a baby clock ticking like women do, nor do most men yearn for children the way some women do. In a man’s brain, having a family is a natural thing that will happen once you’re married. However, if he’s unwilling to discuss having a family, he may not be ready to walk down the aisle.

MORE: 12 Things To Never Write on Your Dating Profile