If you couldn’t make it to theaters, you’re in luck because Shang-Chi is free on Disney Plus. And if you don’t have a subscription, Disney Plus is on sale for just $1.99—but not for long.

Shang-Chi and the Legend of the Ten Rings is the second movie in Phase Four of the Marvel Cinematic Universe, most of which follow the events of 2019’s Avengers: Endgame. The first movie in Phase Four was Black Widow, which premiered in July 2021. Shang-Chi will be followed by at least nine Marvel Phase Four films that will premiere between 2021 and 2023: Eternals; Spider-Man: No Way Home; Doctor Strange in the Multiverse of Madness; Thor: Love and Thunder;Black Panther: Wakanda Forever;The Marvels;Ant-Man and the Wasp: Quantumania; Guardians of the Galaxy Vol. 3; and Fantastic Four.

Shang-Chi and the Legend of the Ten Rings is based on the Marvel Comics character, Shang-Chi, who made his debut in the comics in 1973. Shang-Chi and the Legend of the Ten Rings is also the first movie in the Marvel Cinematic Universe to feature an Asian lead and a majority Asian cast. In an interview with Time in January 2021, Liu opened up about what a hero like Shang-Chi would mean to him as a kid. “I loved comics as a kid, I loved superheroes, but I really didn’t see myself represented in that space,” he says. “I really hope with this movie, kids who are like me, who grew up similarly, can have that,” he said. “That’s really the power of representation: seeing yourself on screen and feeling like you’re a part of this world, which for Asian children who have grown up in the West hasn’t always been the case.”

He continued, “If I’ve learned anything, it’s that good things come to those who do. I’ve always, from day one, wondered if there was any more that I could do. If a door wasn’t open for me, I was going to build a door, or build a battering ram to barge my way in.”

While Shang-Chi and the Legend of the Ten Rings is historic, it’s understandable why some audiences weren’t ready to return to movie theaters yet. When is Shang-Chi free on Disney Plus? The time is now. Read on ahead for how Marvel superfans can watch Shang-Chi for little to no cost, as well as how to get a Disney Plus subscription for free if you don’t already have one. 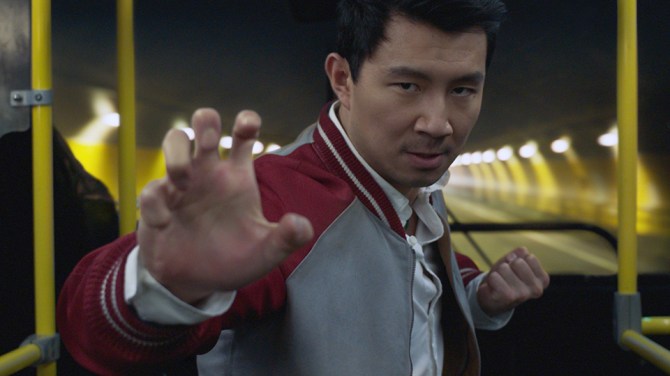 When is Shang-Chi free on Disney Plus?

So when is Shang-Chi free on Disney Plus? Shang-Chi and the Legend of the Ten Rings became available to stream on Disney Plus on November 12, 2021, which is two months after it premiered in theaters on September 3, 2021. If you don’t have a subscription, Disney Plus has a current, limited time deal where users can subscribe for just $1.99 for their first month. The deal, which saves them $6, runs from November 8, 2021, to November 14, 2021. Sign up here before it ends.

The delayed streaming is different from how Marvel and Disney movies like The Jungle Cruise, Mulan, Black Widow, Raya and the Last Dragon and Cruella were released. Instead of streaming on Disney Plus two months after their release, these movies premiered on the same day in theaters and on Disney Plus With Premiere Access, which costs $29.99 in addition to Disney Plus’ monthly $7.99 price. Most of these movies weren’t available to stream for free on Disney Plus without Premiere Access until at least three months after their release.

During an earnings call in August 2021, Disney CEO Bob Chapek explained decision to stream Shang-Chi on Disney Plus two months after its theatrical release. “We value flexibility in being able to make last-minute calls,” he said, according to Deadline. “Certainly when we planned we didn’t anticipate the resurgence of Covid.” Chapek also noted that there’s “nothing in stone” for future Disney releases and called Shang-Chi‘s 45-day frame “an interesting experiment” and “another data point.”

After the report that Chapek called Shang-Chi and the Legend of the Ten Rings an “interesting experiment,” Simu Liu, who plays Shang-Chi, took to his Twitter to deny the movie is experimental. “We are not an experiment. We are the underdog; the underestimated. We are the ceiling-breakers. We are the celebration of culture and joy that will persevere after an embattled year. We are the surprise. I’m fired the f**k up to make history on September 3rd; JOIN US,” Liu tweeted alongside four photos from set.

Disney’s decision to stream Shang-Chi on Disney Plus two months after its release also comes after Scarlett Johansson, who plays Natasha Romanoff a.k.a. Black Widow in May 2021’s Black Widow, sued Disney, which owns Marvel, for breaching their contract by streaming Black Widow on Disney Plus With Premiere Access and not debuting it exclusively in theaters. According to a lawsuit filed in Los Angeles Superior Court in July 2021, Johansson’s attorneys claimed that Disney breached their contract with her when they decided to stream Black Widow on Disney Plus Premier Access for $29.99, which suppressed movie theatre ticket sales for the film.

According to sources for The Wall Street Journal, which broke the news of Johansson’s suit, the actress lost around $50 million bonuses from Disney’s decision to stream the film on Disney Plus and not release it only in theaters. According to Variety, Black Widow earned $80 million in North America and $78 million overseas, as well a $60 million from Disney Plus, after its release on July 9, 2021. At the time of ScarJo’s lawsuit, Black Widow earned $319 million globally, which makes it one of Marvel’s lowest-grossing films of all time. Disney, for its part, responded to Johansson’s lawsuit in a statement at the time. “There is no merit whatsoever to this filing,” the statement read. “The lawsuit is especially sad and distressing in its callous disregard for the horrific and prolonged global effects of the COVID-19 pandemic.”

What is Shang-Chi about?

“This movie is the first time that I think Marvel has put a lot of their emphasis in the action design and, specifically, the choreography,” director Destin Daniel Cretton told Fandango in August 2021. “And it’s their first time really tackling a more purely martial arts movie, which is super exciting to be a part of. They obviously didn’t hire me because I’m amazing at martial arts movies, so there’s also a very strong emotional, dramatic and comedic element to these characters.”

Who is in the Shang-Chi cast?

Simu Liu, who is also known his work in Netflix’s Kim’s Convenience, plays the lead role of Shang-Chi. Awkwafina, who has starred in movies like Ocean’s 8 and Crazy Rich Asians, plays Shang-Chi’s best friend, Katy. Tony Leung, who has acted in films like Chungking Express and Happy Together, plays Shang-Chi’s dad, Wenwu a.k.a. The Mandarin. Shang-Chi and the Legend of the Ten Rings is directed by Destin Daniel Cretton (who also directed movies like Short Term 12 and Just Mercy.) The movie is written by Cretton, Dave Callaham and Andrew Lanham, and produced by Kevin Feige and Jonathan Schwartz.

See the full cast of Shang-Chi and the Legend of the Ten Rings below.

How to watch Shang-Chi online for free