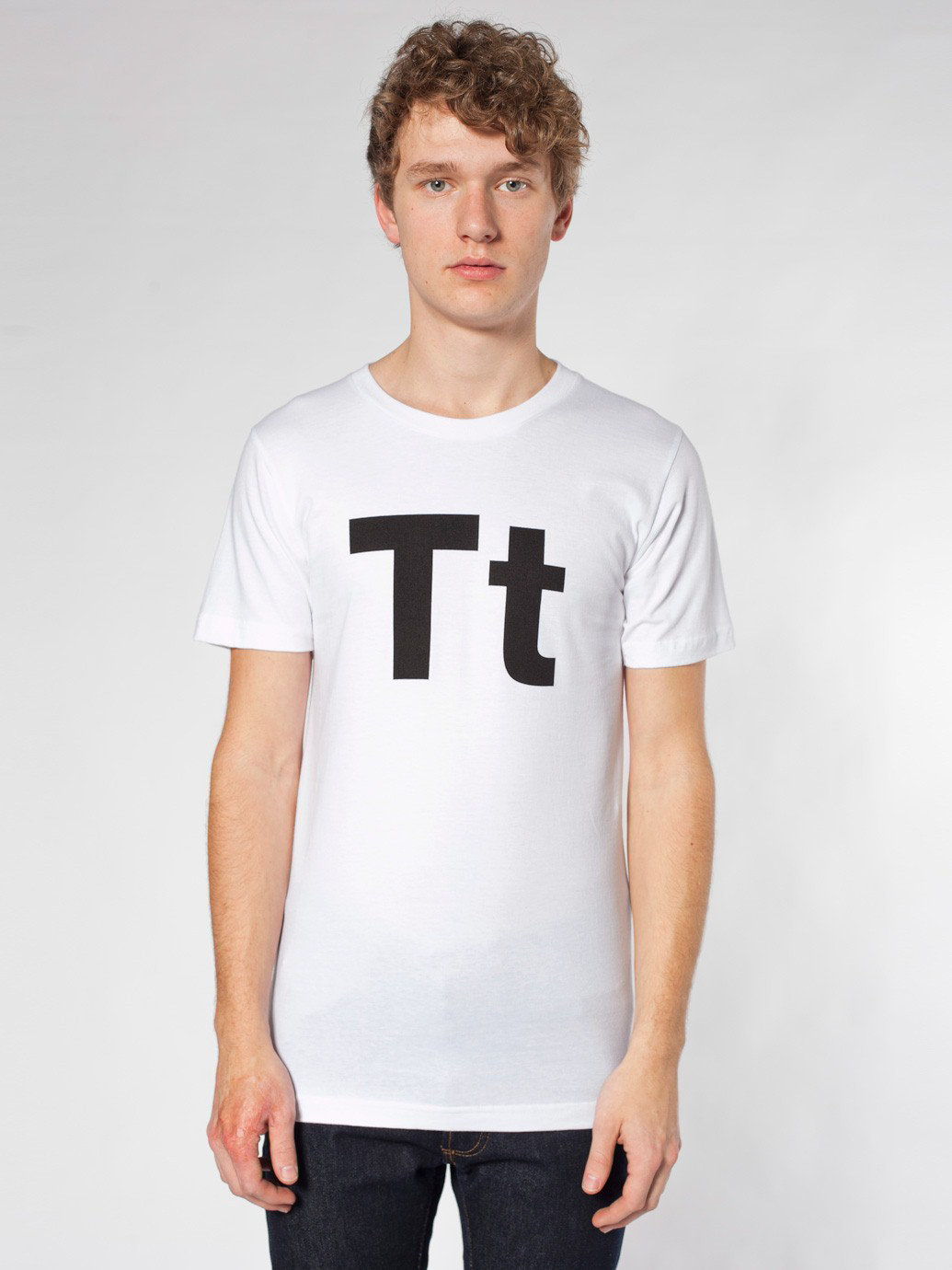 The study specified that the tee only feature one letter T, but in a pinch, this American Apparel version might work!

Ladies, if you happen see a barrage of men roaming around in white shirts emblazoned with a large letter “T” you’ll know why. After endless studies about what women want (and endless talk of things like pheromones and facial hair), it seems the answer could be found in a three-pack of Hanes T-shirts … and a stencil.

According to The Daily Mail, a new study conducted in Britain has found that wearing a plain white tee with a large black letter T printed on the front can make a man up to 12% more attractive, scientists claim.

But why the letter? Apparently, the study’s results showed that upright T-illusions increased attractiveness and health perceptions.

According to Nottingham Trent University psychologist Andrew Dunn, the horizontal bar on the T-shirt had to be as equal or longer than the vertical bar for optimum effectiveness.

“Clearly there are individual tastes and preferences, but we can see here how fashion could have an implicit positive or negative effect on perceived attractiveness and health,” he said. “It suggests that you can use this kind of optical illusion that artists and fashion designers use all the time to tap into our basic sensory psychology.”

To read to the the study in full, head on over to the The Daily Mail and let us know: Do you think a white T-shirt makes a man sexier?

MORE:
21 Ways to Wear Your Plain White T-Shirt This Summer