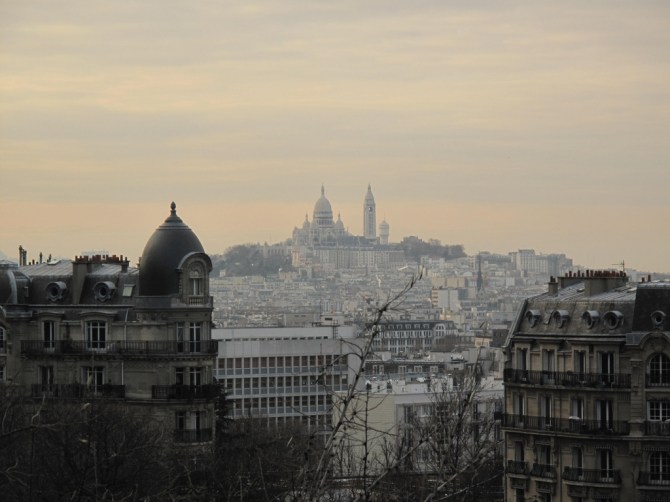 The city on the Seine is very close to our hearts. Not only have we spent a lot of time there together, but we both lived there separately before we met—Thomas for six years and me for one. No matter how long we’ve been gone, it always feels like home when we return.

That being said, Paris always offers plenty of new stuff to keep us on our toes. So, in the spirit of discovery, we asked our favorite expat/expert Alison Beckner Kaloumenos of Scout Services to share her current favorite Paris haunts.

If you know Alison, you definitely know this: She doesn’t mess around when it comes to recommendations. She’s the kind of person who will send a list of fresh new places in the middle of the night, then call early the next morning to make you a reservation at whatever cool restaurant just opened—all because she wants your time in her adopted town to be the most amazing experience possible.

Read on for Alison’s recommendations on where to stay, drink, shop, eat, and play in the City of Light. 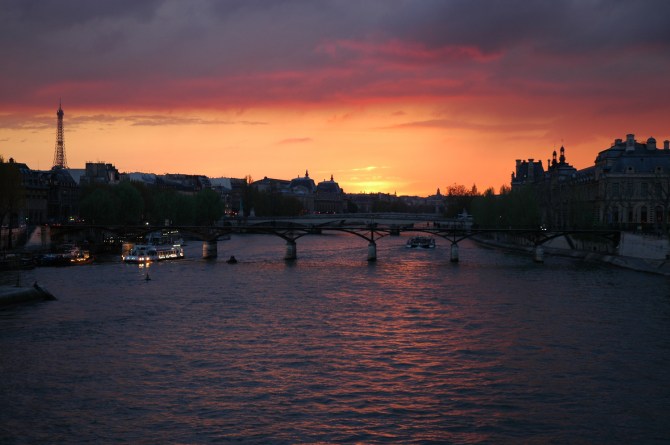 Where to Stay (and Play)

Formerly known as Les Bains Guerbois then Les Bains Douches and now simply Les Bains, this 19th-century cultural institution started as public baths and was really the first spa in Paris. Later, it was a bohemian hot spot during the Belle Epoque period and continued on to become what was arguably the most famous dinner and nightclub to ever exist in the city, hosting everyone from Joy Division and Prince to Don Johnson and David Bowie.

The latest incarnation is a hybrid affair with a hotel, bar, restaurant, and nightclub. It’s extremely central, providing a welcome haven (and flattering lighting!) just a few blocks from hectic Châtelet and les Halles. Great for a drink for two, dinner for ten, and dancing till 4 am.

Not far from Les Bains is another multitasking establishment. An illustrious address in the ’20s, it has now been renovated to a state of modern splendor thanks to the increasingly recognizable touch of Paris-based industrial designer Dorothée Meilichzon.

Tucked away in a predominantly pedestrian area of the Montorgueil neighborhood, the environment is retro-contemporary and sophisticated while remaining extremely inviting. Add to that a bar and restaurant overseen by the Experimental Group (Experimental Cocktail Club, Beef Bar, Prescription Cocktail), and a prime meeting point is born.

This Wes Anderson–inspired hotel has killer cocktails and provides a great landing pad in the SoPi (south of Pigalle) area.

The brand-new spot provides a four-star destination with gorgeous design in the eastern part of the quickly emerging Château d’Eau area. Plus, there is a ton of great bars and restaurants within walking distance, as well as a historical covered market.

This hotel in the sixth is perhaps best known for its bar, restaurant, and louche basement club. 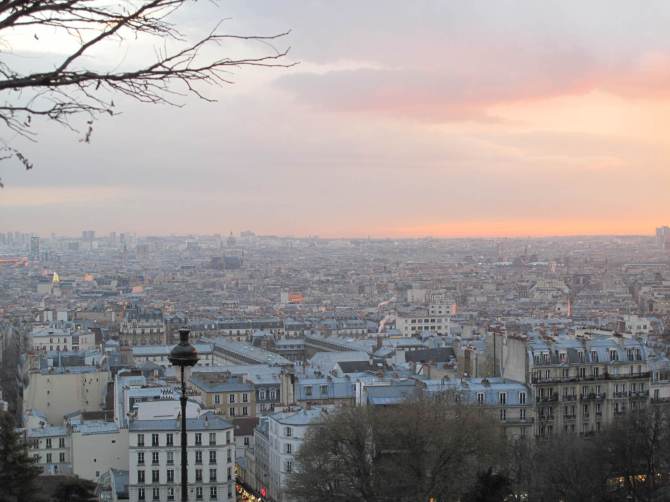 Work, eat, lounge, drink, and dance at this brand new brasserie in up-and-coming Barbès in the 18th. Though a bit off the beaten path for most visitors, it’s a destination definitely worth checking out. And, it’s right across from the stunning Cinéma Louxor.

A luminous restaurant with high ceilings and a variety of seating configurations. Open early to late with great Wi-Fi and sympathetic service.

This vegan and predominantly gluten-free café serves around the clock in every one of its locations. The cozy, shabby-chic interior was designed by rising star Dorothée Meilichzon (Fish Club, Hotel Bachaumont).

This café-cantine serves avocado toast, homemade muesli, baked eggs, and coffee from Coûtume. There’s brunch on the weekend, too. (Closed Monday and Tuesday.)

This little Italian eatery in a small passageway off of busy Faubourg Saint Antoine in the hip ’hood of Ledru Rollin serves coffee all day, tasty lunch specials, and aperitivo in the early evening. It’s so cute and special—do I really want to share?

Artiste of the moment Mathias Kiss did the décor for this new organic restaurant serving food and drinks all day in a pleasant setting at the Carreau du Temple. The menu features culinary collaborations with local restaurants and superfood trendsetters like Youm dim-sum, Dear Meusli cereals and Le Tricycle veggie dogs. 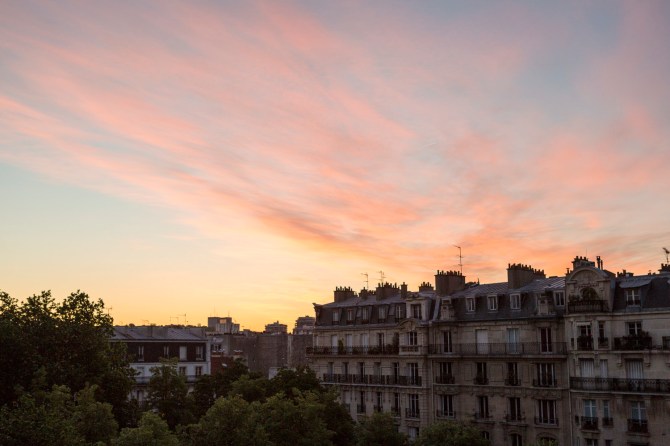 Stephanie Roger’s White Bird—a sort of Paris version of Catbird in Williamsburg—has a fabulous jewelry selection in two lovely settings. The first, a magical shop with Moroccan rugs and exposed beams, is in the Golden Triangle between rue Saint Honoré and the Tuileries gardens.

The latest—designed by the talented women of En Bande Organisé  agency and Johanna Etrounel—is in the Haut Marais showcases a slightly more accessible selection from designers like Ileana Makri and Lito for women as well as Stormie and M. Cohen for men.

The epitome of Paris cool—the store, the café, and the three owners. The Broken Arm has the books you want, the limited-edition Nike kicks you need, the Isaac Reina wallet you’ve been looking for and the Vetements raincoat that so perfectly embodies your vagabonding lifestyle.

This Korean-based concept shop features a unique interior and an extremely well-curated selection of established and emerging brands like MM6, Philip Lim, Journ/ée and Aalto. Plus, sleek lifestyle products and jewelry. 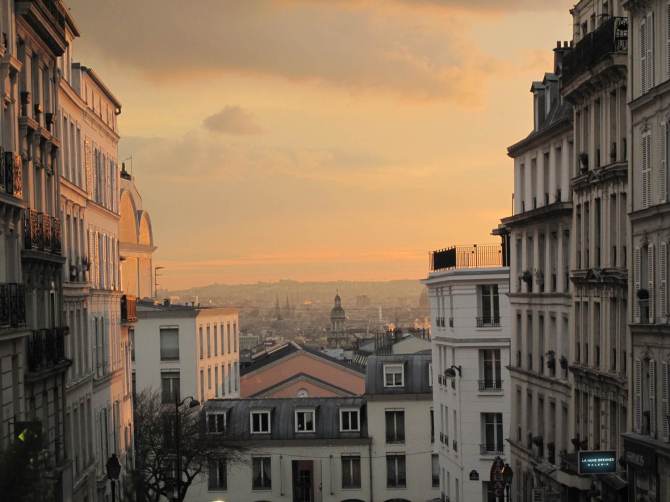 Where to Work Out

There are now two of these suave new studios: one near Trocadéro and the latest in Saint Germain. The teachers, classes, workshops, and services are top-notch and well worth the extra travel time (and Uber!) to get there. Don’t let the name fool you—in addition to all kinds of yoga classes, Le Tigre also offers Swiss ball, Pilates, barre, and a variety of other techniques.

Central, spacious, and with showers. Oh my! This brand-new studio near Bonne Nouvelle and République has a solid roster of teachers, offers styles like Jivamukti, yin and Iyengar and is open seven days a week year round.

A sexy boxing club with offerings for all levels in a cool space with good lighting, nice facilities, excellent teachers, and frequent celebrity sightings.

Inside Elsewhere is a travel website dedicated to free spirits near and far. From Bali to Brooklyn and everywhere in between, Christina Pérez and Thomas Beckner explore the best places to stay, eat, shop, and play. Let’s get out of here. Follow along on Instagram at @inside_elsewhere.