Despite having coined the term “bootylicious,” it seems Beyoncé might not be quite as curvaceous as you might think, according to a recent interview given by Michael Costello—the designer who dressed Bey for Sunday’s Grammys. 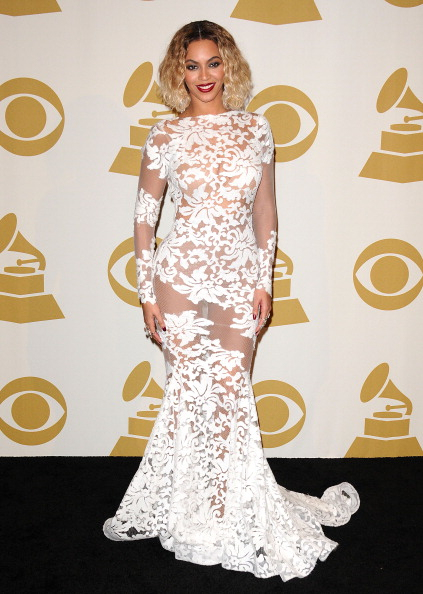 “We didn’t have any of her sizes or measurements,” Costello told E! Online. “The dress was just made to fit a sample mannequin. It’s smaller than a size 4. She is tiny! That dress is at least a 2/4. She looks amazing. I just love the way it all came together. Ty Hunter [Beyoncé’s stylist] knew it was going to fit.”

There you have it, folks. Beyoncé, reigning queen of all things curve and mother of two-year-old daughter Blue Ivy, is actually really tiny. Of course, that doesn’t mean she can’t still shake what mama Tina Knowles gave her; anyone who watched her Grammys performance knows that.