In the lead up to New York Fashion Week, we’re profiling the photographers who make your favorite street style snaps happen: From the up-and-coming rookies with real talent to the established big-guns whose work you see everywhere. 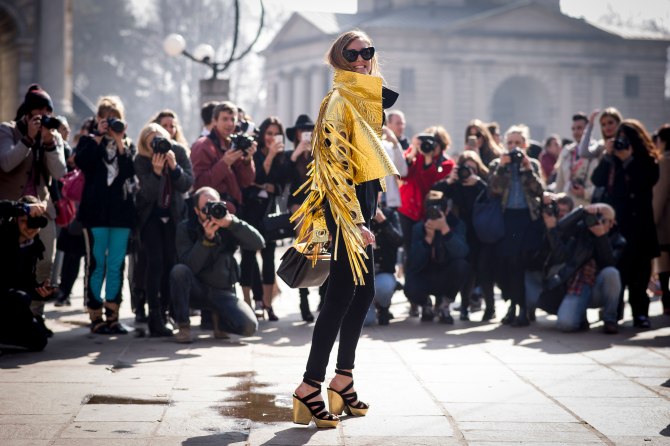 When it comes to street style photographer, 25-year-old Timur Emek is as pro as they come. He might be young, but he’s a star fashion photographer for one of the biggest image agencies, Getty Images. Throughout his career Emek has likely snapped–and befriended–your favorite bloggers and editors on the streets of fashion week. We caught up with the rising star ahead of NYFW to find out how he got his break, and what fashion week’s like for the guys on the other side of the camera.

StyleCaster: How long have you been a photographer?

Timur: I got my first camera at the age of 19 and have been shooting for the last six years.

StyleCaster: Why did you decide to get into street style?

Timur: I was in New York City on assignment and passed by Lincoln Center. There were so many well-dressed people, I just had to stop to take pictures of them. I decided to come back every day while I was in town to document all the unique street style and became so addicted to this type of photography.

StyleCaster: How did you get your break?

Timur: The photos I was capturing were noticed by Getty Images and they placed me on assignment to cover New York Fashion Week street style.

StyleCaster: Do you shoot street style outside of fashion week?

StyleCaster: Have you developed relationships with the editors and bloggers you shoot?

Timur: I have been assigned to shoot New York Fashion Week for a few seasons now. We pretty much all know each other and it’s always nice to see familiar faces.

StyleCaster: What does an average day at New York Fashion Week involve for you?

Timur: My average New York Fashion Week day starts around 9:00 am. I hit the streets to capture people attending the first shows. If I have other assignments for designers I try to schedule them between shows. As soon as the sun goes down I head back to my hotel to edit the photos to send to my clients for a quick turn-around. 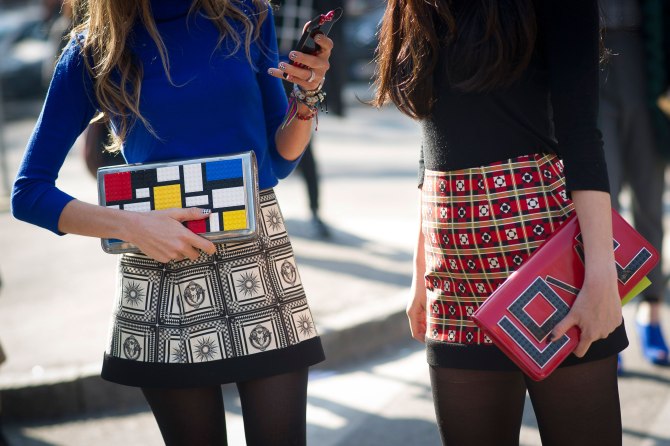 StyleCaster: How many photos would you take during the week?

Timur: I shoot around 500 photos for each fashion week.

StyleCaster: There are always hundreds of street style photographers at fashion week, are most of them earning an income or are they there trying to get their break?

Timur: There are a variety of photographers outside of Lincoln Center–some are from smaller photo agencies that have been commissioned to shoot for the day, some are personal style bloggers who love fashion and are working to make a name for themselves. Only a handful of the people you see with professional cameras on the street are from big agencies like Getty Images.

StyleCaster: Do you find it competitive trying to get the best shot among so many other photographers?

Timur: It’s a super competitive environment nowadays. Everyone with a camera is trying to document anything they can surrounding fashion week. It’s all about capturing the perfect moment at the right angle with a high quality camera.

StyleCaster: What is it about your style that sets your photography apart from the rest?

Timur: That’s a tough question, but I  feel my photos really capture the moment and energy of individual style.

StyleCaster: Do you have any up-and-coming fashion photographers you follow? 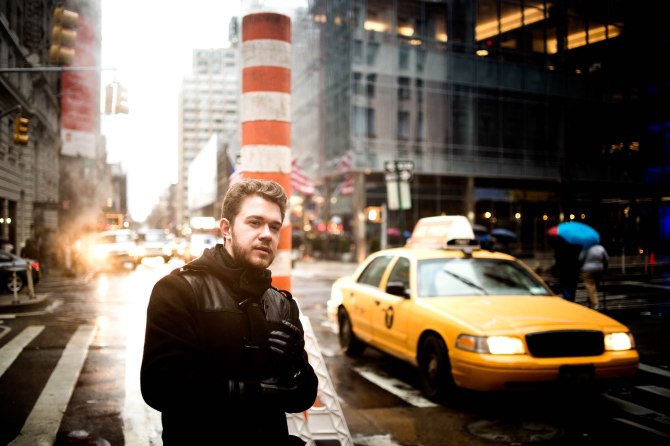 StyleCaster: How do you market yourself?

Timur: I have a website showcasing my full portfolio, www.timuremek.com. I also document my life as a photographer on my Instagram account,@timuremek_photography.

StyleCaster: How long have you been with Getty Images and what were you doing before this?

Timur: I have been a contributor for Getty Images since April 2013. Before Getty Images I was a photojournalist with a big news agency.