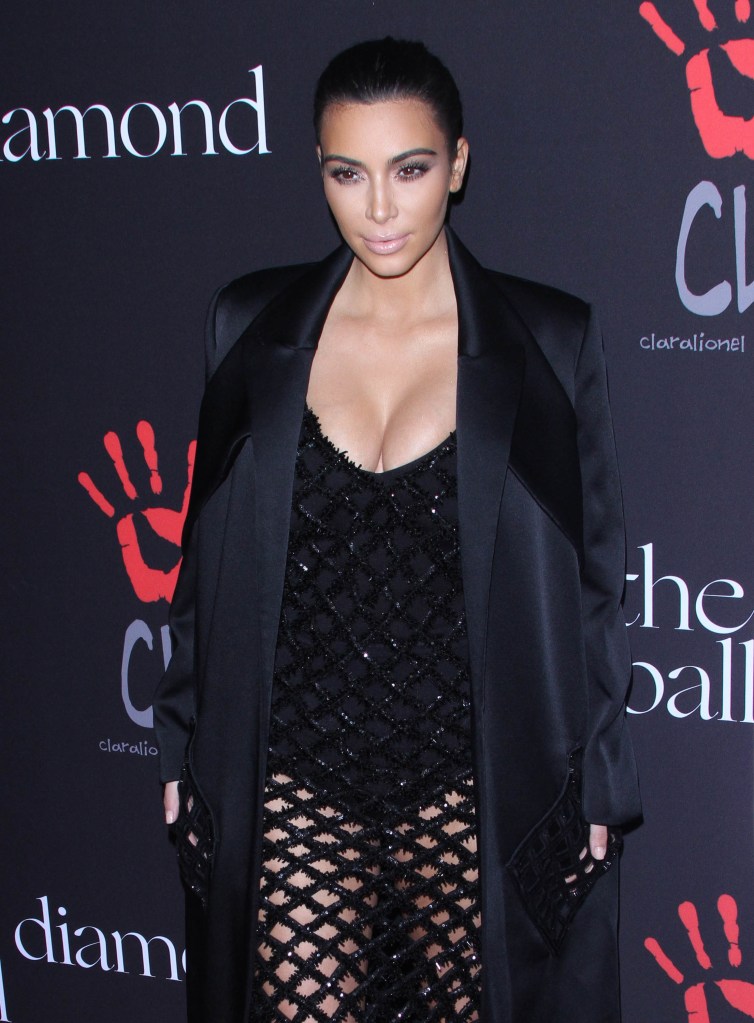 It’s 7:00 am on a Wednesday, five hours before I’m due to interview Kim Kardashian, and I’ve already received a hurried note from her publicist. I can basically see the PR woman’s brows knotted with anxious stress as she punched away at her keyboard. “Here are the approved questions you can ask Kim Kardashian West.” The note read. “Please do not deviate from these approved questions.”

Kim Kardashian was in Sydney—where I worked at the time as a fashion editor—for a couple of days to meet press and promote her fashion line, Kardashian Kollection, and I’d been offered an opportunity to interview her about the range. I’ve met with some well-known names throughout my career, including Christina Hendricks, Miranda Kerr, and Erin Heatherton, but none of them felt quite like this. Here’s how it went down.

I was given a set of instructions (presumably to ensure I didn’t piss off Her Royal Highness of Reality TV): Arrive 45 minutes ahead of my interview, address her as Kim Kardashian West at all times (more bold type, more underlining). Request video in advance. No personal questions. You may have the opportunity for a photo. This will be filmed for “Keeping Up With the Kardashians,” so sign and return the attached consent form.

MORE: Check Out This Kim Kardashian Portrait—Made Entirely From Emojis

Full disclosure: Up until this point I’d never watched an episode of “Keeping Up With the Kardashians”. To be honest, I’m not really sure why Kim Kardashian (West) is as famous as she is. I know there was something about a sex tape … She’s got that ass … And now Kanye, but I still can’t get my head around the global infatuation. So what exactly was I going to talk with her about? Could I talk about her butt? Her wedding? I eventually came up with 20 questions about her fashion line, North, Kanye, and her style to send through for her team to approve. Of the 20, about 10 were given the green light by Kim’s management.

The morning of the interview, I walked into the fancy hotel where Kim was staying and immediately knew I was in for an experience. Upon arriving, the hotel was buzzing with reporters, photographers, and people who were presumably part of Kim’s team. I was handed a print off of my pre-approved interview questions, just to make it clear I wasn’t allowed to ask anything off-script.

“Wait here,” a publicist directed me, ushering me into a waiting room filled with other journos.

Exactly 40 minutes later, right on schedule, I was led to the doorway of a hotel room that was set up like a TV talk show stage: Two chairs sat fronting a camera, but angled towards each other, bright lights illuminated the seats, and a rack of clothes sat between the two seats. The publicity team stood whispering to me outside (not sure why we were whispering), before Kim’s management invited me inside, directed me to sit, and promised Kim would be here soon.

At exactly 12:45, Kim entered, and I thought five things:

1. Kim has a pretty sizable entourage—about 10 people were hanging around her.

2. Not as sizable as her ass though.

2. Kardashian Kollection actually has a couple of cute pieces, if that’s what she’s wearing right now.

“You’ve got five minutes!” A woman with a headset told me as Kim took her seat and I tried to rip my eyes away from her glorious booty—yes, it’s even bigger IRL.

I introduced myself—Kim didn’t bother because, well, you know—and I asked if her family were in the hotel. “I was just taking a break with North,” she smiled at me.

Kim asked if I wanted a photo (a thousand times yes!) and said she preferred the light in the bathroom, so we should take it there. I thought the professional camera lighting we were in was probably pretty good, but who was I to argue with Instagram’s reigning selfie queen?

So, that’s when Kim Kardashian (West) and I headed into the hotel bathroom together and starting taking selfies. Headset lady followed pretty quickly, and took some photos of us together. Awkwardly it took a while for her to get my new camera to work, so Kim and I literally spent a good three minutes with our arms linked, smiles frozen, ready to pose for the shot. It was glorious and uncomfortable all at the same time. 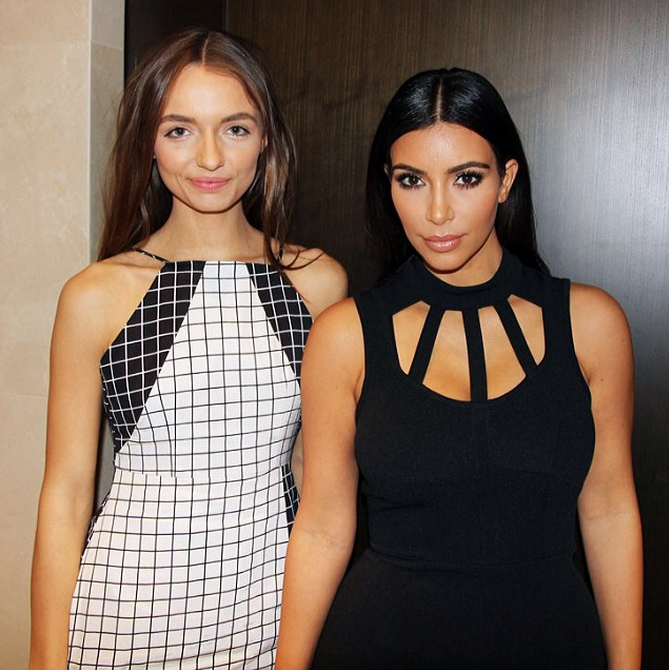 The result of a three minute selfie-shoot with Kim.

Every photo was (naturally) approved by Kim, and I was left with one measly snap after she went through the camera and deleted shots she didn’t like.

So that’s how it happened: I met Kim Kardashian, she was warmer than I’d anticipated, but also one of the most closely-controlled celebrities I’ve ever come across. Sure, we might not quite be BFFs, but how many people can say they hung out in a hotel bathroom taking selfies with Kim Kardashian? Not many, I guess.