After news broke of a very serious fire in his garage, many people are asking: what happened to Jay Leno?

On November 14, 2022, People broke the news that the former Tonight Show host would not attend a scheduled appearance at a financial convention in Las Vegas, Nevada. “His family was not able to provide us very many details, but there was a very serious medical emergency that is preventing Jay from traveling,” stated an email to Forum 2022 attendees from The Financial Brand. “All we know is that he is alive, so our prayers go out to him and his family tonight.”

The Jay Leno’s Garage host opened up about what actually happened to him. Read below to see what happened to Jay Leno.

What happened to Jay Leno? 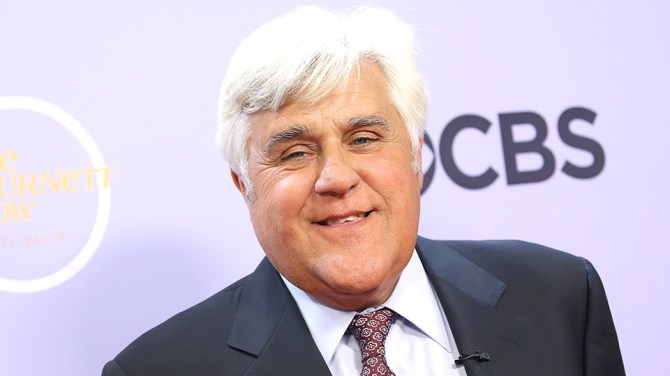 What happened to Jay Leno? Leno revealed in a statement to Variety on November 14, 2022, that he was burned in a “serious” gasoline fire. “I got some serious burns from a gasoline fire. I am ok. Just need a week or two to get back on my feet,” Jay told the outlet.

Jay was in the L.A. garage where he stores his cars on Sunday when one of the cars erupted into flames without warning. He told TMZ that he was working on his 1907 White Steam Car in his famed garage on November 12, 2022. As he was fixing a clogged fuel line, there was a fuel leak and gasoline sprayed on his face and hands. There was also a simultaneous spark that ignited while he was dealing with the gasoline and a fire burst out.

George Swift, who has been an employee of Jay for 15 years, told Access Hollywood that the comedian will be fine. “He’s a tough guy,” he told the outlet. “He’s in tough spirits, but it’s going to take a while. He never lost consciousness. He’s getting the best care.” Jay is currently being taken care of at the Grossman Burn Center in Los Angeles, California where he will stay for 2 weeks in recovery.

Aimee Bennett, a spokesperson at the Grossman Burn Center in Los Angeles, confirmed to CNN in a statement that the comedy writer was in stable condition, and is being treated for “burns that he received to his face and hands from a gasoline accident in his garage over the weekend.” The statement continued, “He is in good humor and is touched by all the inquiries into his condition and well wishes. He wants to let everyone know he is doing well and is in ‘the best burn center in the United States.’”

In a press conference on November 16, 2022, Grossman Center updated the public with Jay’s recovery. “Some of the burns to the face are a little deeper and a little more concerning,” director Dr. Peter Grossman said. “Currently, there’s no evidence of nerve damage. I do anticipate him making a full recovery. Whether they’ll be remnants of this injury, it’s still too early to tell,” Grossman said. “I’d say that his injuries are serious, his condition is good.”

On November 21, 2022, Jay was discharged from the Grossman Center. “After a 10-day stay at the facility, Jay will receive follow-up care at the Grossman Outpatient Burn Clinic for burns to his face, chest and hands he received during a fire at his home garage,” the doctors stated in a press release. “Jay would like to let everyone know how thankful he is for the care he received, and is very appreciative of all of the well wishes. He is looking forward to spending Thanksgiving with his family and friends and wishes everyone a wonderful holiday.” Dr. Peter Grossman also commended and was “optimistic” in his recovery saying that he was “pleased” with Jay’s progress.

Jay is an avid car fan and currently hosts the CNBC show Jay Leno’s Garage which he has been hosting since 2015 after he left The Tonight Show. In the show, he explores different cars from different eras and talks to fellow car aficionados and celebrities. To him, cars are “kinetic artwork” rather than being stagnant, it is an art that is “rolling down the highway.” Jay’s garage, better known as Big Dog Garage, houses more than 180 cars and motorcycles which Jay fixes up himself.

Over the years, the former Tonight Show host has been candid about his struggles with high cholesterol. In 2019, he had a “serious medical emergency” that many fans believed to be caused by his high cholesterol. He subsequently made a video for his fans to get regular cholesterol checkups.”A lot of people don’t realize high cholesterol, and if you’ve had a heart attack or stroke, you’re increasing your risk for another one,” Jay told People at the time. “It’s like an earthquake, it might not destroy the house, but it certainly weakens the structure. There’s a lot of people walking around like that, they’re just time bombs. You’ve got all this cholesterol, you don’t realize it until it actually hits, you know?” he continued.

“It’s like in a car, if even one piece of dirt gets in the eye of the needle of the jet, and boom and no more gas comes through. And that’s what happens with your heart.” He assured fans that he takes care of his health and doesn’t drink alcohol. “I’m not one of those guys. I don’t run five miles a day and do all that kind of stuff,” he said. “Hopefully I’m appealing to people who think like me, which is probably the majority of the population, who would like to do more but not if it sounds like kind of a pain. But this is not a pain, it’s really simple. You go to the doctor, it’s a quick visit, he can tell you what you need to do.”