Question—who has the final say about what’s on-trend in fashion and what’s not? Up until a few years ago, that decision came down to an exclusive club of print magazines and top-tier fashion editors. That is, until the mega-evolution of digital and social media, bloggers, influencers, and the accessibility of voicing your opinion about fashion (along with pretty much everything else).

As some of you might remember, last September, a handful of Vogue editors shaded “bloggers” as being the “death of style” (yes, seriously) and questioned what bloggers even were. The aftermath threw most of the industry into a debate—were they talking about influencers, too? Wait, is there even a difference between a blogger and an influencer?

Editors shaded bloggers as being the ‘death of style,’ throwing the industry into debate.

The answer is yes, there is a difference between bloggers and influencers. Both parties have been deemed as non-credible media or industry sources at some point in time, bloggers hearing that they’re not journalists or credible websites, and influencers being called posers or wannabe celebrities. While you might have preconceived notions of the blogger/influencer culture, we’re going to break down the main differences between bloggers and influencers today and how they play into the current fashion and media industry. 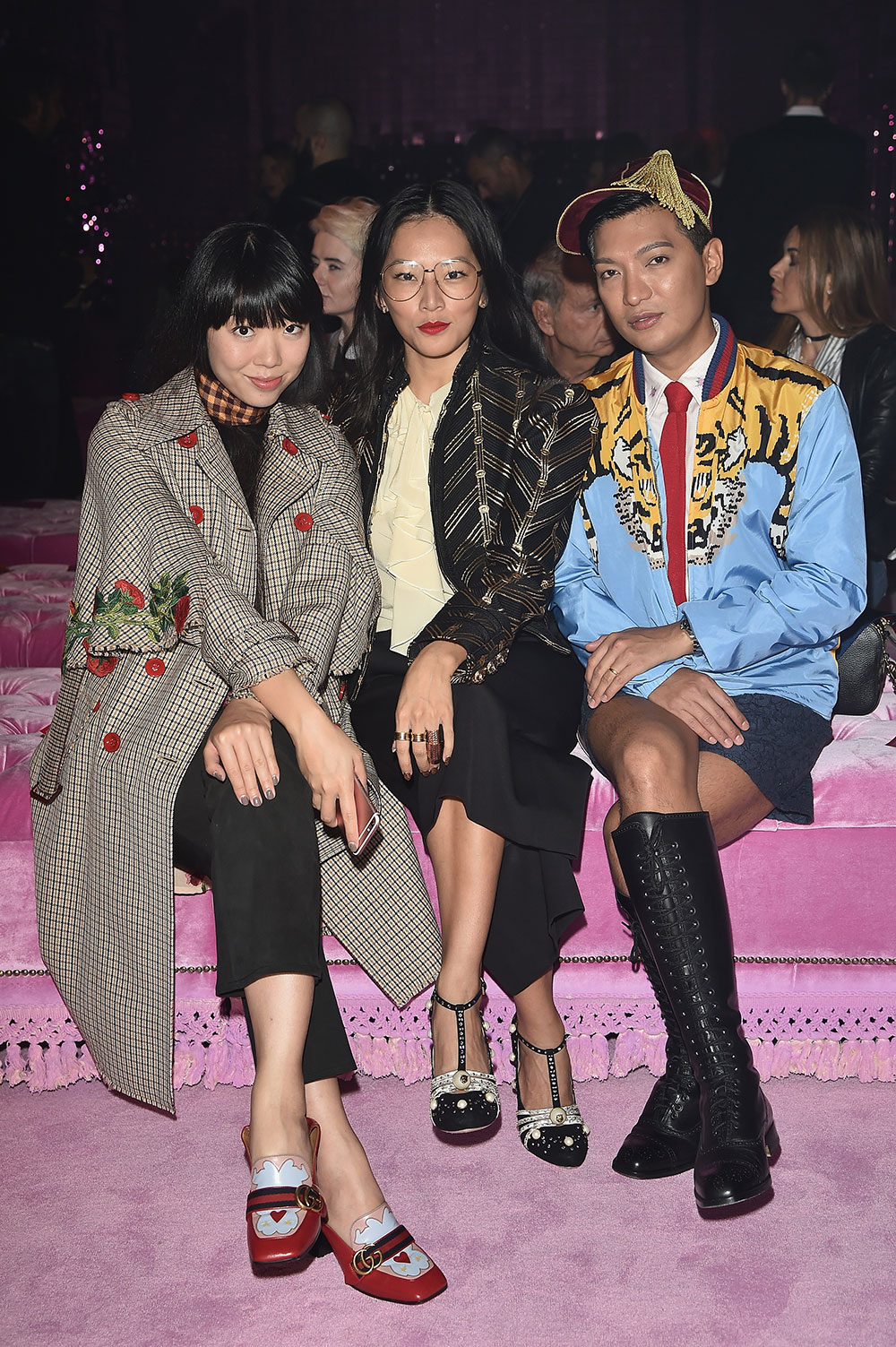 The first important thing to remember: While most bloggers are considered influencers due to their large following, a majority of influencers are not bloggers.

When I started my fashion blog, Simply Audree Kate, in 2011, I only knew about two other blogs. The first was my friend’s mom’s “mommy blog” and the other was Man Repeller. I started my blog solely as a résumé builder—I had no fashion experience and no industry connections and was stuck in the middle of Arizona.

I thought a blog would help fluff up my résumé and was an easy way to write about Fashion Week, showcase my sewing DIY projects, and lump all my fashion thoughts into one. I never started blogging to gain social popularity, free product, or money—it was purely a passion project. Less than two years after starting my blog, I saw that bloggers were dominating Pinterest feeds, getting paid to wear clothes, and slowly becoming their own brands and businesses.

The easiest way to classify a blogger (let’s add vloggers to this category, too) is by their websites. Blogs have always been utilized to share a personal point of view—expert or not—of a certain topic. When blogs grew in popularity nearly a decade ago, it was a huge turn for the industry because it made fashion more accessible. Fashion was no longer subjected to a handful of magazines’ points of view. Style blogs widened the audience because each website had a specific point of view and unique taste, presenting their articles, photos, outfits in a different way.

Now that blogging is mainstream and has grown exponentially more popular, bloggers have influence due to their large followings and circulation. A good rule of thumb to remember is that bloggers are typically known by their blog name, such as Style Bubble (Susie Lau), Gal Meets Glam (Julia Engel), Song of Style (Aimee Song), and Happily Grey (Mary Seng).

Today, if you’re in a room with 10 people, it’s not unlikely there’s at least one blogger present. Starting a blog is as easy as buying a $14 domain URL and hitting publish; but is it really that simple? Maybe I’m biased since I run my own blog full-time, but I work harder managing every “department” of my blog business than I did when I worked in my 9-to-5 desk job.

I work harder managing my blog than I did my 9-to-5 day job.

While blogs are a massive umbrella category, there are three general tiers of blogs: micro, macro, and mega. Microblogs typically have about 500 to 10,000 followers and have highly engaged audiences and a more intimate environment. Macro bloggers range from 10,000 to 1 million followers, probably have less engagement than a micro influencer but can reach a large audience and are well-known in the blogging community. Mega bloggers are basically your celebrity bloggers, like We Wore What, which has more than 1 million followers, huge campaigns, and possibly side businesses or projects.

Macro and mega bloggers regularly produce editorial content on their websites, sometimes have an expertise in their niche, have curated a specific stylistic approach to their work, and are visible on typically one or more social platforms. Today, a majority of bloggers run their websites full-time, normally have a small team that works for them, and are getting paid big bucks to review, promote, and create content about products, services, and places. 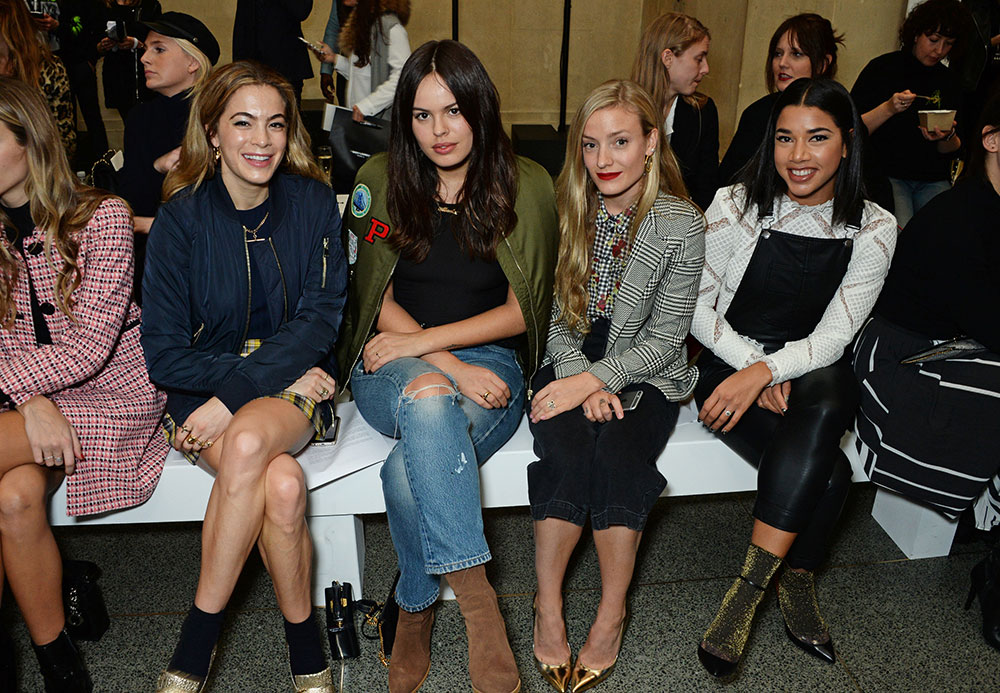 So, what about influencers? Basically, “influencer” is a new word for “It-Girl” or the original socialite. Think Paris Hilton, Lauren Conrad, Kim Kardashian, and others who gained popularity through their social status, previous reality show stints or by coincidence (looking at you, Vine stars).

Influencers are always on the VIP list, invited to the coolest parties, and have large social followings. They don’t have blogs (unless they started one after gaining influencer status) and are normally using one platform, usually Instagram, as their main social medium. They’re trendsetters, their brand is their life and who they are, and now, they’re being paid even more to do so.

Influencers are always on the VIP list, invited to the coolest parties, and have large social followings.

The inner circle of influencers includes DJs such as Hannah Bronfman and Harley Viera Newton, fashion industry creatives including Kate Foley and Caroline Vreeland (great-granddaughter to Diana Vreeland), Vine stars such as Cameron Dallas, or even “Bachelor” star Corinne Olympios.

You’ve probably seen these or similar influencers act as brand ambassadors for companies by promoting their product on social media—anything from subscription services to beauty products, clothing, technology apps, or cars—you name it, they’re probably promoting it. Influencers are mini niche market celebs. They themselves are still technically a brand, but instead of curating editorial content through a website, they promote their lifestyle on social media. 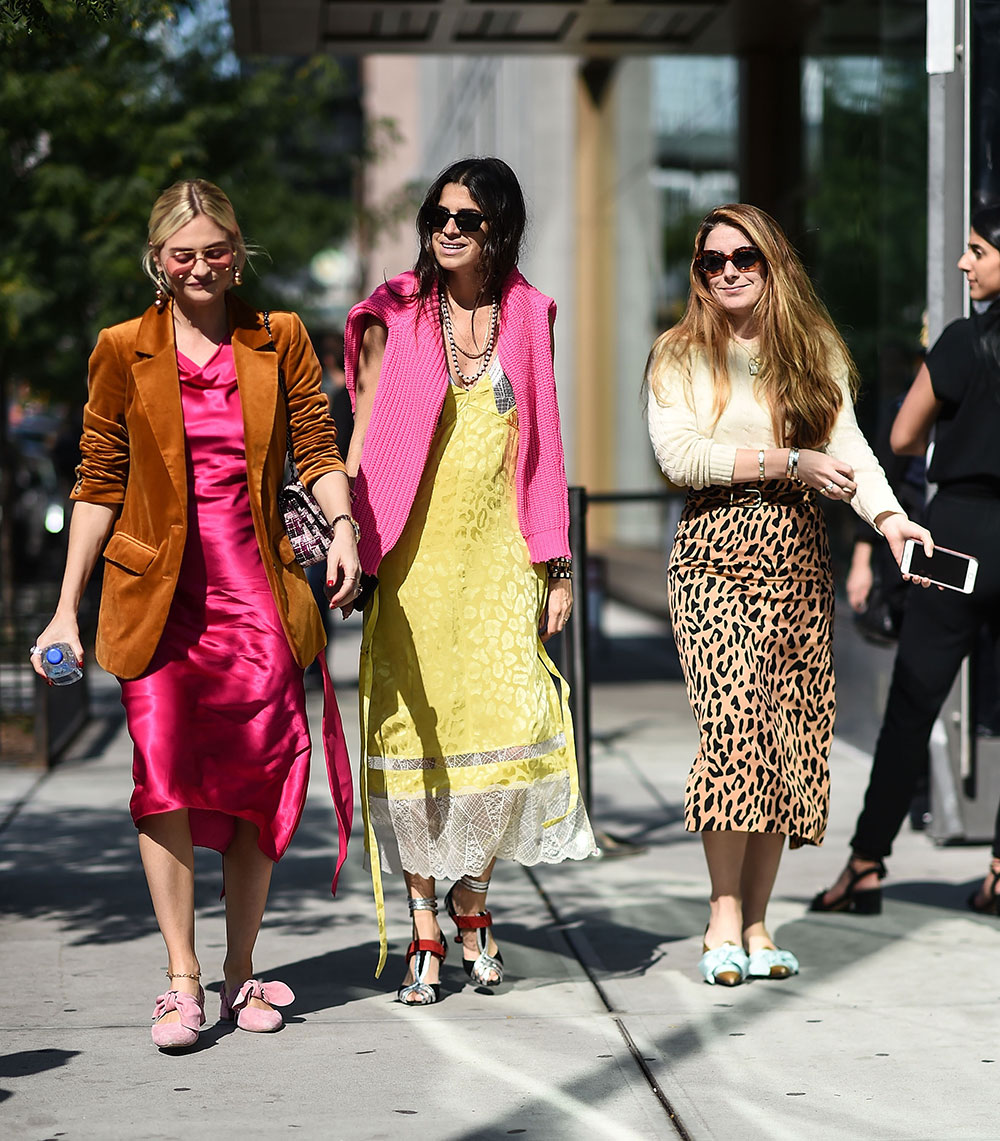 For every rule, there are, of course, rule-breakers and exceptions. There are a handful of “OG” blogs that launched at the beginning of the digital shift, like Man Repeller, Into the Gloss, The Cut, and Fashionista—which are all now large media outlets.

Some of these bloggers, like Chiara Ferragni of The Blonde Salad and Emily Weiss of Into the Gloss, have branched off their websites into other companies. Ferragni is a fashion designer and Weiss created Glossier, the mega-popular beauty brand. Even influencers have created their own businesses: Just look at Lauren Conrad and the Kardashian/Jenner group, for example. 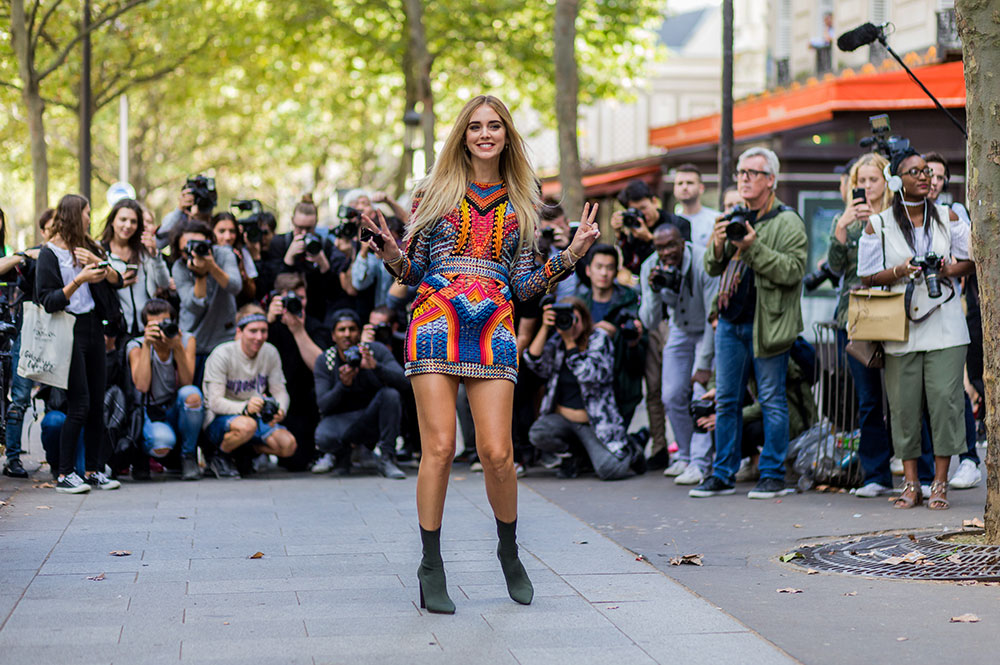 So, there you have it: The main difference between bloggers and influencers comes down to their business model. While bloggers curate stylistic editorial content through a personal point of view, influencers are promoting their lifestyle and how products fit into it.

Both get paid to do so, and both have engaged, often large, social followings. One isn’t better than the other, they’re just different. Regardless, one thing’s for sure—both bloggers and influencers are widely considered to embody a new marketing model for our generation.