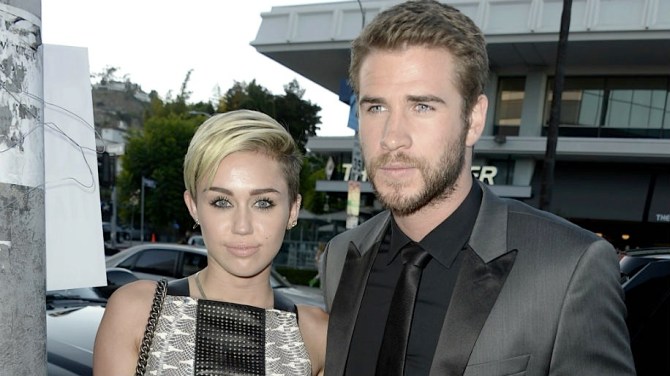 In 2013, it felt like you couldn’t open Google Chrome without seeing a hysterical headline about a newly-sexualized Miley Cyrus and her beefcake-y fiance Liam Hemsworth. They were on, they were off, they—gasp!—unfollowed each other on Twitter, he left her for a Mexican actress, she was involved with Jared Leto, the list goes on.

The pair broke it off officially in September of that year, and—although they obviously couldn’t have been more different—fans were devastated. Like, really, really upset. And, apparently, so was Miley, who reportedly penned her dramatic, often lip-synched anthem “Wrecking Ball” about the Aussie actor. Well, it looks like the ol’ ball might have swung the other way, since a new report claims the former lovebirds have been kicking it again.

According to Sydney’s Daily Telegraph, the singer, 22, and the Hunger Games star, 25, were seen kissing and getting cozy in Australia at the Falls Music Festival at Byron Bay on Saturday, January 2. Festivalgoers were quick to call the couple out on social media, which means is totally has to be true, right?

Miley and Liam met in 2010, while filming The Last Song, and Hemsworth proposed 2013 with a 3.5-carat Neil Lane engagement ring, and broke it off just as Cyrus was, uh, emancipating herself from her Hannah Montana image.

Still, these two always seemed to have a connection. “You fall in love with who you fall in love with,” Hemsworth told Men’s Fitness in November. “You can never choose. I guess some people just come with a little more baggage. I mean, look — we were together five years. I don’t think those feelings will ever change. And that’s good because that proves to me that it was real. It wasn’t just a fling. It really was an important part of my life and always will be.”