It’s official: Wendy Williams will be leaving The Wendy Williams Show in the fall, according to The Hollywood Reporter. The iconic daytime TV show ran for 14 seasons on Fox Networks during the 10 a.m. slot. Williams has been periodically absent from the show dealing with health problems and focusing on her recovery. The question is, who will replace her?

On February 22, 2022, distributor Debmar-Mercury announced that interim Wendy Williams Show host Sherri Shepherd will take over the Fox Network slot with her own show, Sherri. Shepherd has filled in occasionally for Williams for the past couple of months while Williams was recovering from her health issues. Wendy Williams Show showrunner David Perler will continue his role as showrunner for the next reincarnation of the daytime show.

Meanwhile, Debmar-Mercury co-presidents Mort Marcus and Ira Bernstein called the news of Williams’ exit “bittersweet” in a statement to THR. “We all have a great love and affinity for Wendy, who grew into a true icon during her 12 incredible seasons as the solo host of a live, daily talk show dishing on ‘Hot Topics’ and interviewing celebrities,” they said. “Since Wendy is still not available to host the show as she continues on her road to recovery, we believe it is best for our fans, stations and advertising partners to start making this transition now. We hope to be able to work with Wendy again in the future, and continue to wish her a speedy and full recovery.”

Who is Sherri Shepherd? 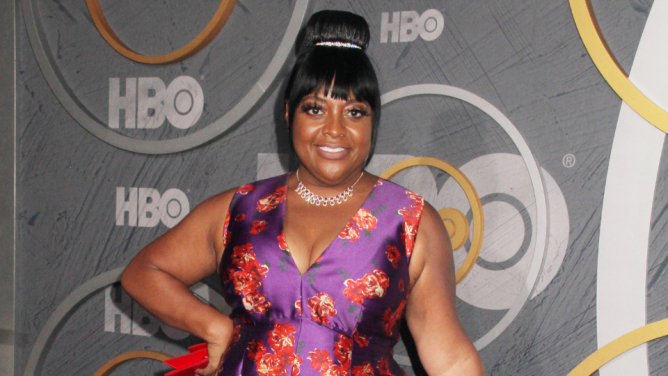 Sherri Shepherd is an American TV host and actress. She’s most notable for her time as a co-host on The View from 2007 to 2014. During her time on The View, she received a Daytime Emmy for Outstanding Talk Show Host in 2009. She has also appeared in 30 Rock, The Sex Life of College Girls, The Masked Singer and her own sitcom, also titled Sherri. Most recently, she served as a co-host on the entertainment talk show Dish Network and guest-hosted several Wendy Williams Show episodes this past season.

“Sherri is a natural who proved her hosting skills for many years as a panelist on The View, on Fox’s Dish Nation and again this season as a popular guest host of Wendy,” Marcus and Bernstein said.

“I can’t wait until I return to NY to host the show and merge everything I love — pop culture, talk, entertainment and comedy,” Shepherd added. “I am thankful to Debmar-Mercury and Fox for partnering with me on this show and look forward to this new journey.”

While the news was being celebrated by the network and new host, the “How You Doin’?” star was reported to be shocked at the news from a close source. “Wendy was blindsided after the only language she has received from production has been messages of encouragement & that when she is ready to come back, they’re ready for her,” the source said.

Nevertheless, a representative for Williams noted that she “understands” why she’s being replaced in a statement to Variety. “It’s been a challenging time for Wendy as she deals with her health issues. She is incredibly grateful to Debmar-Mercury, to Sherri and everybody else who has supported the show through this time,” her rep, Howard Bragman, told the publication. “She, more than anyone, understands the reality of syndicated television — you can’t go to the marketplace and sell a show that’s the ‘Maybe Wendy Show’. She understands why this decision was made from a business point of view, and she has been assured by Debmar-Mercury that should her health get to a point where she can host again and should her desire be that she hosts again that she would be back on TV at that time.”

Williams had been eager to make a comeback on her show for the past year. “HOW YOU DOIN’? I MISS YOU ALL! As everyone knows, my health has been a hot topic. I’m making progress but it’s just one of those things that’s taking longer than we expected,” she posted on Instagram in November 2021. She has been a proponent of Shepherd’s interim hosting as she deals with her ongoing Graves’ disease and thyroid condition.

Sherri will premiere this fall on Fox Network at 10 a.m.