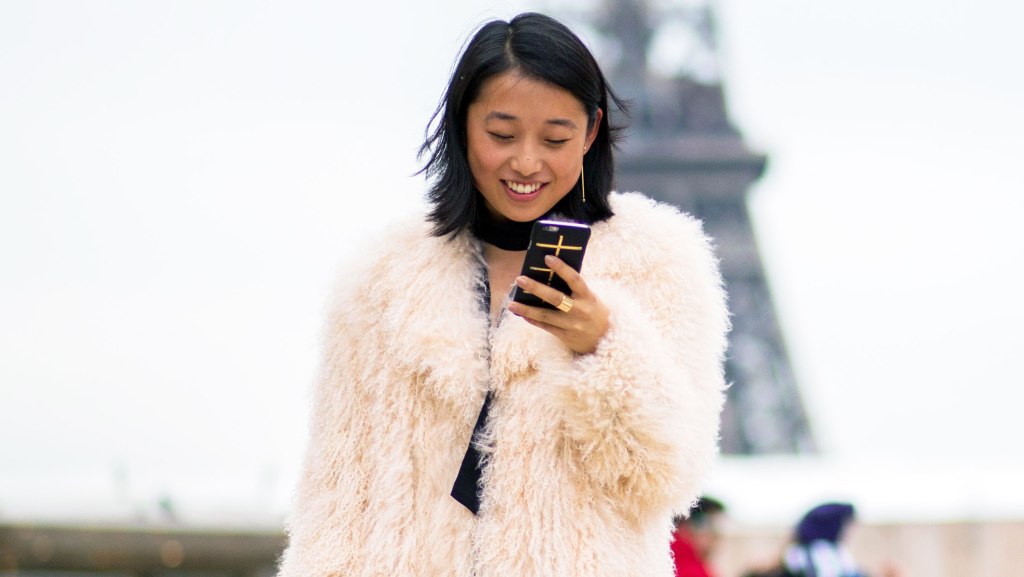 For better or worse, 2015 will go down as the year of the absurd trending hashtags. Because this year, it seemed that every time we went on Twitter or Instagram, a new, totally bizarre string of words would be trending. There was the time #1LetterWrongMovie entertained us for days, and those #DogBuns photos filling our Instagram feeds. Ahead, we’re reminiscing over the most absurd (and, in some cases, hilarious) hashtags that went viral this year.

Leonardo DiCaprio and Jared Leto might be over the hair bun, but the canine world’s just getting started on the trend. The latest variation on the #manbun trend is #dogbun; an adorable and hilarious hashtag sweeping Instagram. Personally, we think these pooches nail it.

Jimmy Fallon sparked a major college flashback by kicking off the funny hashtag #WorstCollegeParty in September. Here’s hoping your college memories aren’t like these.

Dorm party. Cop asked me my birthday. I said June 1st. He said what year. I said every year…..Jail sucks @FallonTonight #WORSTCOLLEGEPARTY

I was introduced as a girl’s date upon arriving. I’m straight. I didn’t want to be rude, so we held hands. @FallonTonight #WORSTCOLLEGEPARTY

#WorstCollegeParty I once sank a Halloween party by dressing as a 1950s librarian wearing 5 expired perfumes & running around yelling SHHH!

This hashtag is exactly what it sounds like, and is a perfect example of the magic that can be created with an internet connection and Photoshop.

1 more from us #1LetterWrongMovie ‘Deer John.’ Can’t take credit for these, just spotted them, but they’re so good! pic.twitter.com/LvrKJRUHWp

#PopeBars usurped last year’s #RuinARealityShow as our favorite trending hashtag of all time. Here’s why: While Pope Francis toured the Central African Republic in November, he made a pretty serious speech in the city of Bangui. Except, the Internet wasn’t hearing a word of it, instead turning attention to one particular photo of the Pope speaking. While holding a microphone. Horizontally. With a choked-up grip. Like a rapper.

You see where this is going.

Naturally, people on the Internet couldn’t help themselves, and within minutes the photo was captioned with #popebars and thousands of 140 character rap verses. Check out a sample of some of our favorites, and then head over to Twitter to scroll through the full feed.

Twitter’s most ignorant users took things to disturbing new level with the hashtag #howtospotafeminist, which started trending in early May. The hashtag—which quite literally asks the incredibly stupid question, “How do you spot a feminist?”—has spawned thousands of tweets that run the gamut from dumb, mean, revolting, and hateful, and all perpetuate nasty, highly offensive stereotypes. And not just with men. Here are a few examples.

Want to be treated the same as men, but cry when they are treated like men. #HowToSpotAFeminist #WhatILearnedToday

#HowToSpotAFeminist: when you talk about real problems in the world, they interrupt you and go on to complain about bikini ads.

Look for the girl tweeting about her miserable oppressed life from her smart phone in the University coffee shop. #HowToSpotAFeminist

#HalloweenFail was tweeted thousands of times in October to describe cringeworthy Halloween stories. Case in point:

Kids told me not to go to one house on our street because of the mean old man who lived there. It was my house and my dad. #HalloweenFail

Once I dressed as a recycling bin for Halloween… All night people were throwing there trash down my arm holes…. #HalloweenFail

As of November, it seems glitter beards are officially the new cultural phenomenon taking over social media—and people can’t get enough.

The glitter beard trend is, well, exactly what it sounds like, and involves transforming the facial hair of hipsters and lumberjacks into sparkly, holiday-ready decorative objets. In fact, so taken is the world with the #glitterbeard right now that there are more than 3,000 posts on Instagram using the hashtag and an equally insane amount of buzz on Twitter. Not to mention the dozens of news outlets flipping out over the “trend.”

Having trouble visualizing the sparkly look? Here are a few examples from Instagram:

Glitter Beards!! If you are curious how we did these, check out the link in our bio ❤️

You know Kendall, Kylie, Kris, Khloé, and Kourtney. But do you recall the most famous Kardashian of all… #UpdatedXmasCarols