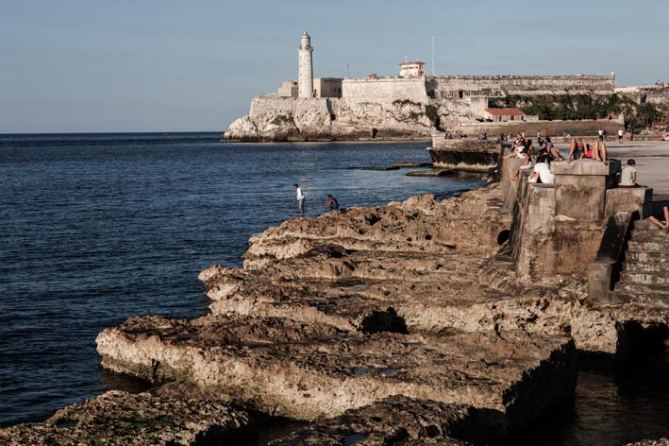 After a solid five weeks of exploring every nook and cranny of this delightfully dilapidated and chaotic country, I still won’t pretend to understand anything about Cuba.

Havana, or La Habana as Cubans call it, is the ultimate trip back in time—the cars so old that you can’t believe they still function, but still they do! The buildings are literally crumbling and falling apart from the outside, but on the inside they radiate the same warmth and comfort that Latinos all over the world are known for.

Cubans are colorful, they’re loud, they’re friendly and they’re absolutely beautiful. But I won’t lie—the constant whispers into my ear as I walked down the street of “Hola, mi vida, preciosa!” and other cat-calls were exhausting and relentless, yet that’s just Cuba. They love to love, and you can’t deny them that.

At times it can feel like nothing makes sense in Cuba. Even the simplest things can be complicated—try finding a bottle of water in the middle of Havana, I wish you luck! The more questions you ask, the more confused you’ll become. And in a way, that’s part of the beauty of Cuba. 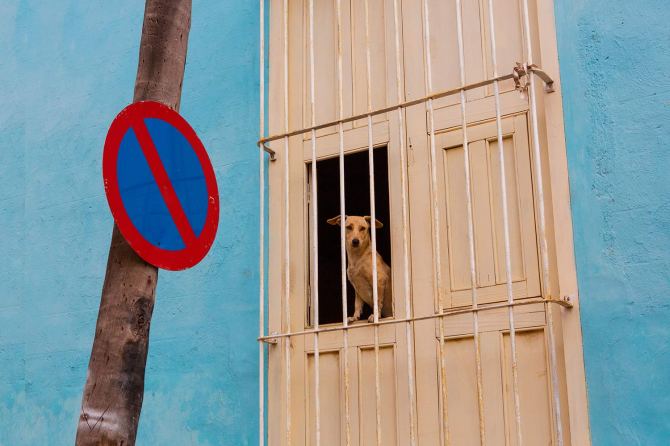 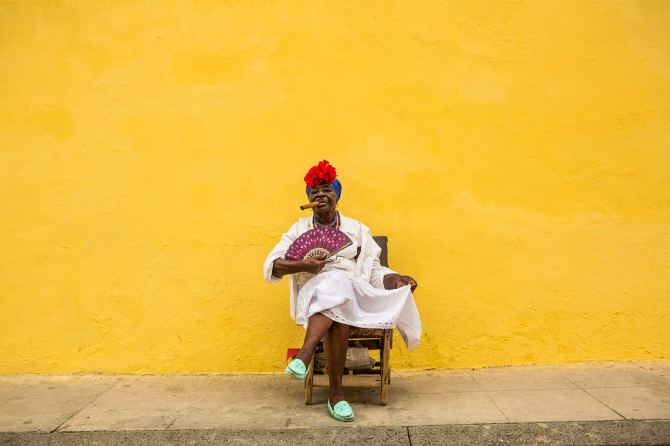 There is a simplicity of life amongst all the confusion in Havana, and I was told many times by Cubans: don’t try and understand it, just live it. And that’s exactly what Cubanos do.

Cubans will be the first to tell you that they don’t need much to be happy, and you see it everywhere you look. They are survivors—they’re resourceful and clever, and if you pay close attention, you’ll see this in little eccentricities throughout the city. For example, the $1 hamburger at the cafeteria on San Nicolas Street is served on an Aeroflot airplane tray, a subtle reminder of Cuba’s past ties with the former Soviet Union.

Or their concept of “home delivery,” which consists of dropping a bucket attached to a long string out a window so that someone on the street can send something up. You know, home delivery, pero a lo cubano.

Another one of Cuba’s locuras is its methods of transportation. Getting around Havana can involve a mix of walking, bicitaxis, shared taxis (colectivos), coco-taxis, tourist taxis, and fancy tour buses. They all serve distinct purposes and all have their own peculiarities.

My favorite are the bicitaxis, which are exclusively used for short distances and always require some bargaining skills. They should only cost $1, but almost every bicitaxi driver will try and hustle you for more. The gear-less bicycle with a seating carriage attached to the back will take you around the neighborhood very slowly.

Driving around in one of them at night is always an adventure as the driver swerves and swoops to avoid potholes, of which there are many. Some drivers pimp out their bicis with neon club lights and speakers that blast reggaeton music, and obviously those are my favorite. 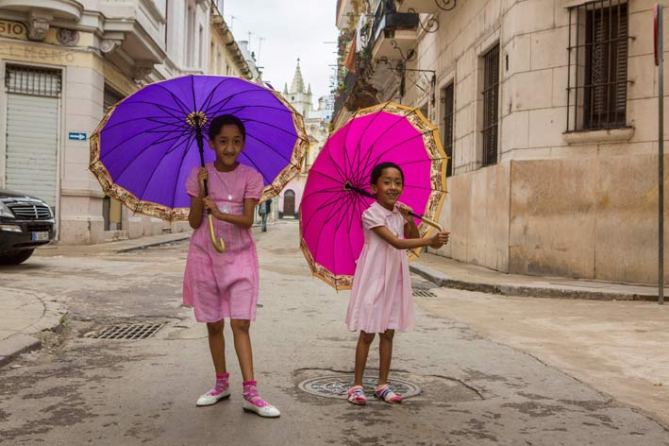 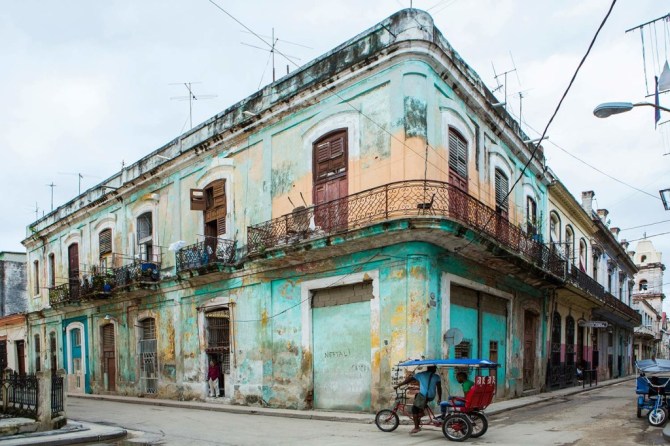 If you’re not into the tourist scene and you really want to spend an authentic Havana evening, its super simple: all you need is a bottle of Havana Club ($3!) and plenty of hours to people-watch on the malecón, or boardwalk. This is probably one of the most popular Cuban hangouts, because it’s cheap, it’s social, and the possibilities of meeting new friends are endless.

Cubans, specifically the younger men, sport some of the most outrageous and unique style I’ve observed anywhere in Latin America. Colorful rules: I’m talking bright red pants with a neon pink shirt along with electric yellow sneakers. Or harem pants with sagging crotches, as well as miniscule, tight nylon shorts with neon flowers on them. Think: Roxy board-shorts a 13-year-old American girl might wear and imagine them on a young Cubano.

I met many men with eyebrows more meticulously manicured than my own, and with a perfectly primped head of hair to match. Some of the most popular hairstyles involve a geometric design shaved into the sides with some extravagant poof of slicked-back hair on top. As ridiculous as I found the style in the beginning, eventually it grew on me … a lot.

The color, chaos and smog of Havana can be overwhelming, but part of the fun is trying to survive it all. Despite how hectic the city can feel, Cubans are easy-going and Cuba is safe.

The beach is never more than a quick bus ride away, and it’s guaranteed to be as beautiful as the Caribbean gets. Despite the changes coming its way, Cuba continues to be the magical island it has always been. 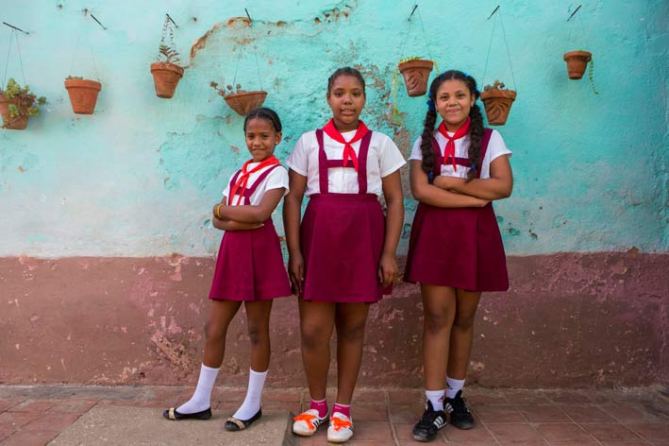 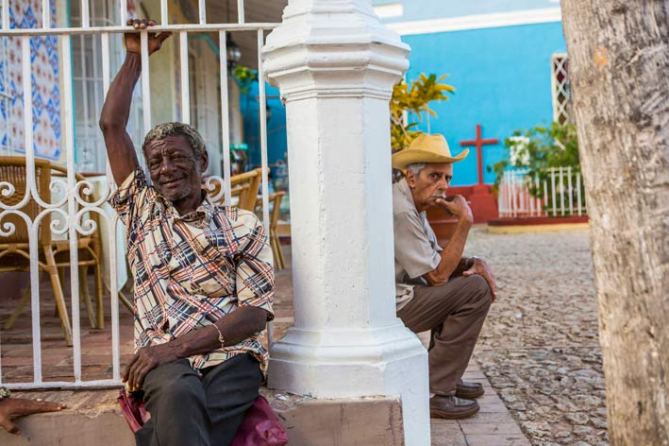 Travel Dose is your prescription for discovery, offering news and inspiration to expertly filter the digital noise. In a time of information overload, we believe that less is more. Less clutter, more quality. Here, you can navigate your favorite city knowing that our team of expert travelers and correspondents have carefully curated the best the travel world has to offer to help you redefine your destination. Get to know our curators and always be ahead of the curve on what’s new in travel. Follow along on Instagram @traveldo.se.