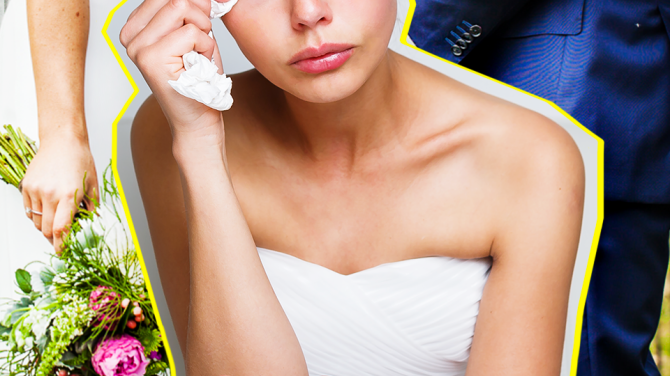 I remember dramatically hanging up on my husband at one point while planning our wedding—but nearly 10 years later, I have no clue what the argument was about. I also remember being nervous about the food, centerpieces, and venue, and today, I have zero recollection of why. What I do remember clearly is dancing with my friends, family, and husband; going from jittery to giddy as I got ready to see my husband for the first time at the hotel, and feeling happy, but also like time was flying by.

When you’re in the thick of wedding planning, it can be hard to take stock of what’s going to matter to you (and your loved ones) years down the road. It’s all too easy to get bogged down in details about seating charts and menu choices in real time, but the benefit of hindsight is wisdom.

For instance, I’d love to have created a specialty cocktail or had a photo booth at my wedding. And while I’m not sure I would have had the guts to do it, I now love the look of shorter wedding dresses. But none of those things are major. The most important thing—marrying the right guy—I got right.

“If I had one important thing to tell a new bride, [it would be] to enjoy her day,” says Penina, 35, of Boca Raton, Florida, who is celebrating her 10th anniversary this year. “Just breathe, let yourself take in every part of your special day, and enjoy the moment because it will—hopefully—only happen once in a lifetime,” she says. Penina even managed to stay calm when her hairstylist and make-up artist arrived an hour late!

Almost across the board, brides wish they’d let their bridesmaids off easier and long for higher-quality photos. Interestingly, there’s nary a mention of centerpieces or invitations. And most brides said they wish they’d spent less time stressing the details. “Looking back, the shape of the vases, what food and wine to serve, my bouquet—none of it made that much of a difference. Just the time spent with loved ones mattered in the end,” says Christine, 42, of New York City.

Here, I got a bunch of women—all of whom have also been married for about a decade—to share what they’d do differently at their wedding if they could. 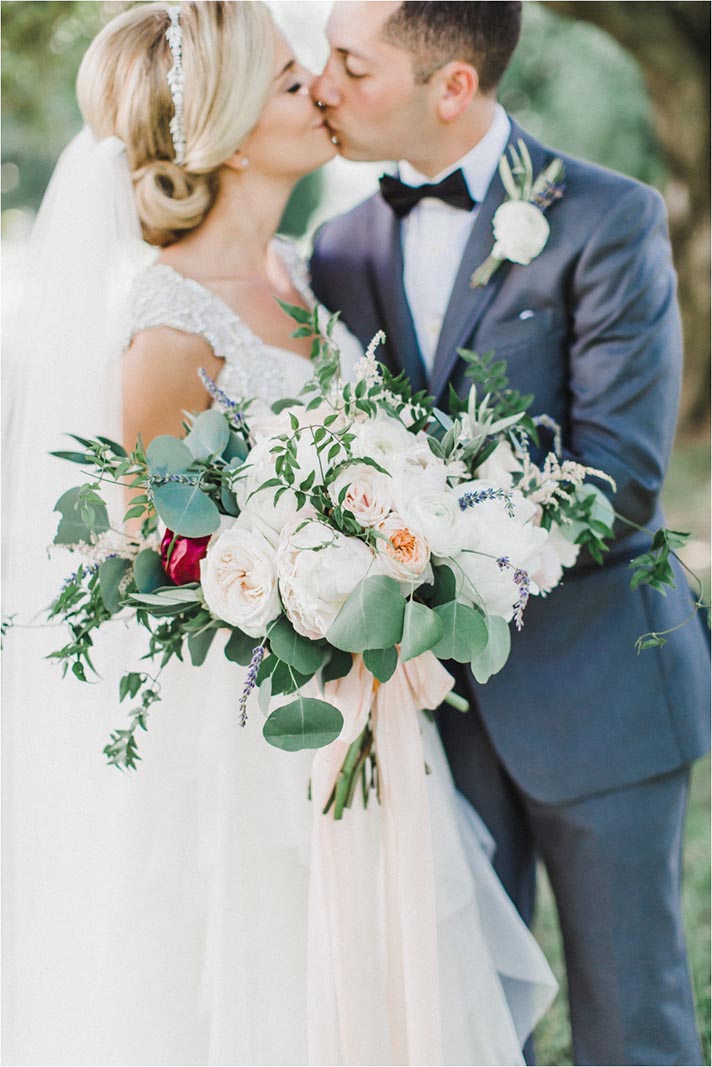 “I’d invite a few people I took off the list because of space concerns. One friend was very insulted that he wasn’t invited, and our friendship dissipated after my wedding.” –Leslie, 34, New York City

“I wound up with a bunch of people invited to my wedding that I don’t keep in touch with for one reason or another, mostly because someone else wanted them there besides me and my husband. While I don’t regret them being there, I wish I’d spent less time trying to play host to them.” –Selene, 32, New York City

“I would have tried to have a smaller wedding. It went by so fast, I barely had a chance to go talk to guests.” –Eileen, 36, Brooklyn, NY 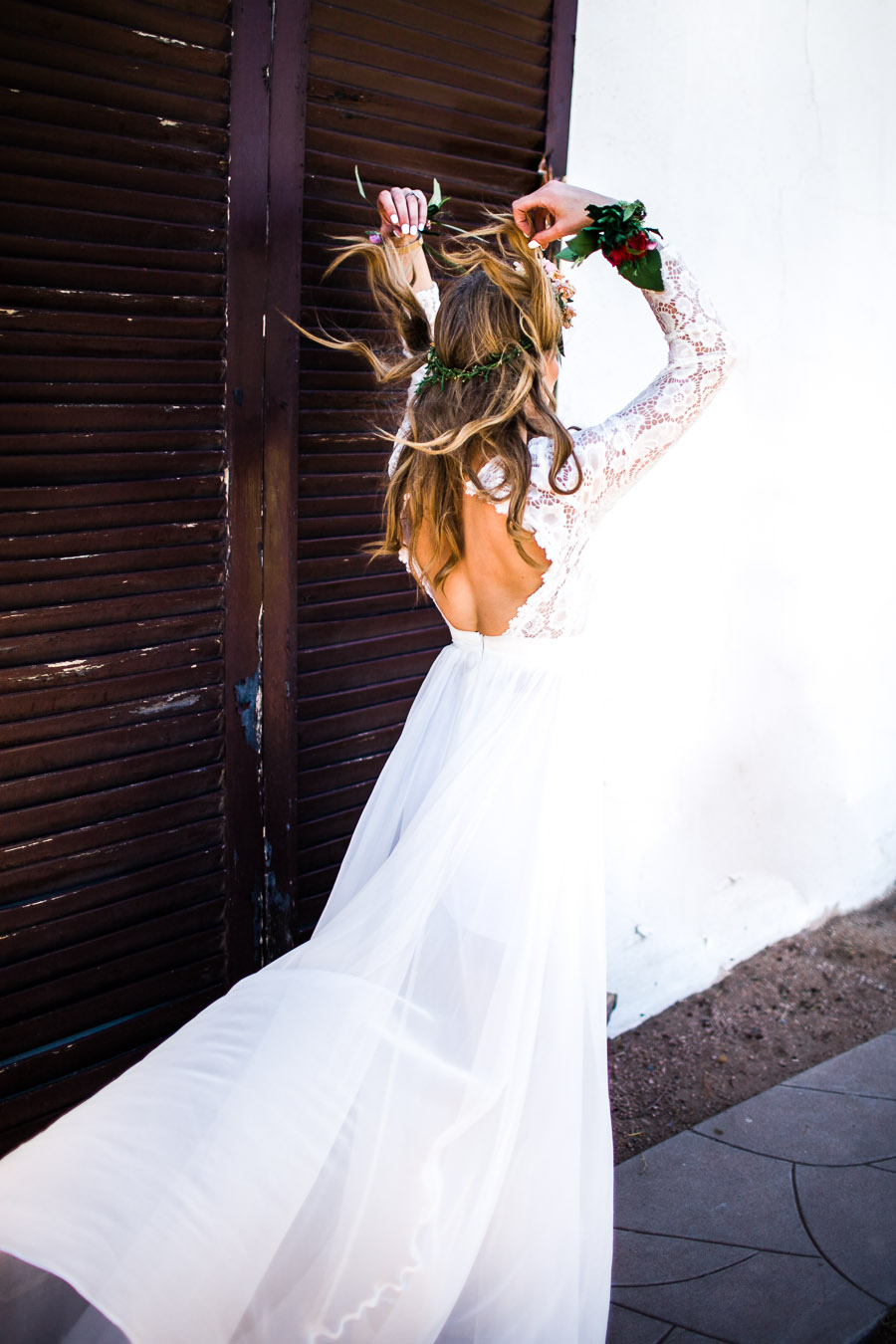 “I would do my hair differently. I had my hair done in a style that was kind of trendy at the time, and I wish I had gone with a more timeless style.” –Leslie

“I would not have spent money on shoes! I wanted flats, so I spent $100 on black “wedding” ballet flats (my dress was red and black). While $100 is certainly not much, no one saw them so I should’ve just stuck with my J. Crew ballet flats and called it a day!” –Victoria, 35, New York City

“I loved my dress and still do! But in retrospect, I should’ve worn my veil more. I put it on for the ketubah and wedding ceremony and took it off immediately. When else do you get to wear a veil?” –Danielle, 36, Westchester, NY

“My dress seems dated and if I could do again, I would wear a more classic look— maybe lace, a clean skirt without bustles. I was let down with hair—wish I had less extension and a tiny bit more natural-looking.” –Jaci, 32, New York City

MORE: ‘I Therapied the Shit Out of My Relationship at 27’ 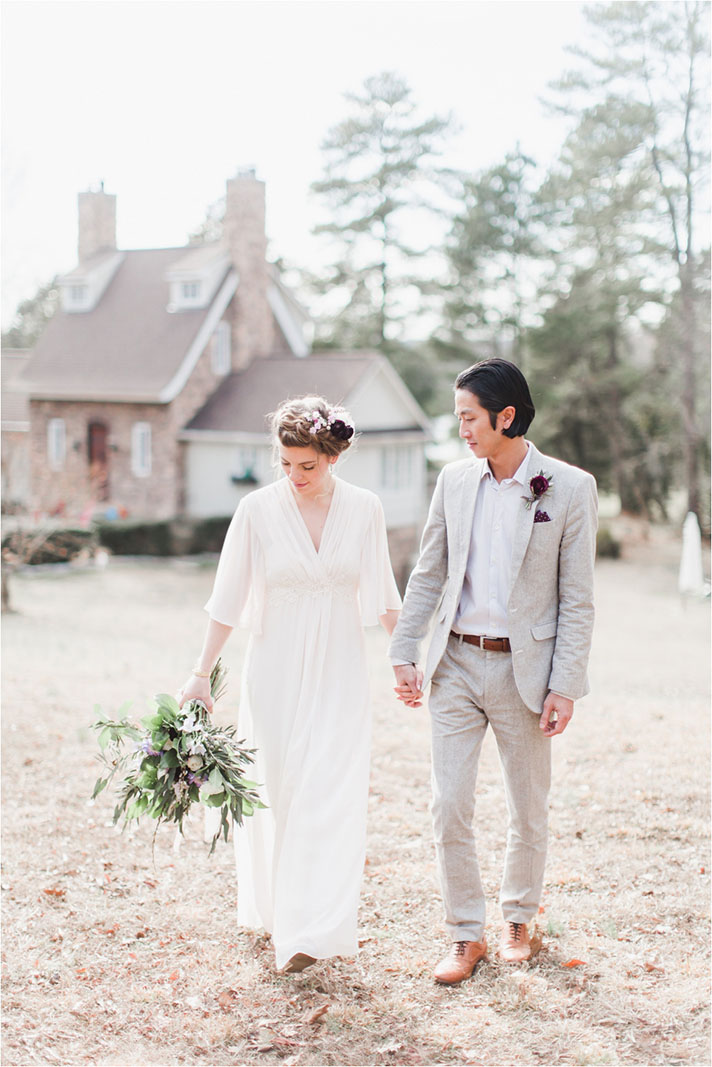 “I’d have hired a better photographer/videographer. We got married in India, and trusted a family friend’s recommendation. Unfortunately, they only brought one guy to video our first occasion, who literally just took video of my sister’s behind during her performance. With the photographer/videographer, make sure to look at multiple wedding photos to get a good idea of what they can do.” –Simi, 36, New York City

“I would have planned more time for pictures both before and after the ceremony. That’s what we really had at the end of the day to take with us and it just wasn’t enough.” –Selene

“I think an engagement shoot would have been nice. We didn’t even think of it.” –Jaci

“I would [have had] better pictures. I feel I didn’t get enough pictures of the families together. I also don’t have enough candid shots.” –Elena, 34, Westchester, NY

“The photographer insisted on no table shots because he thought they were a thing of the past… I wish I hadn’t listened—it would have been nice to see photos of all of the people who were there. I always tell people, it might be a little dated, but you will appreciate it later on.” –Marcy, 37, New York City 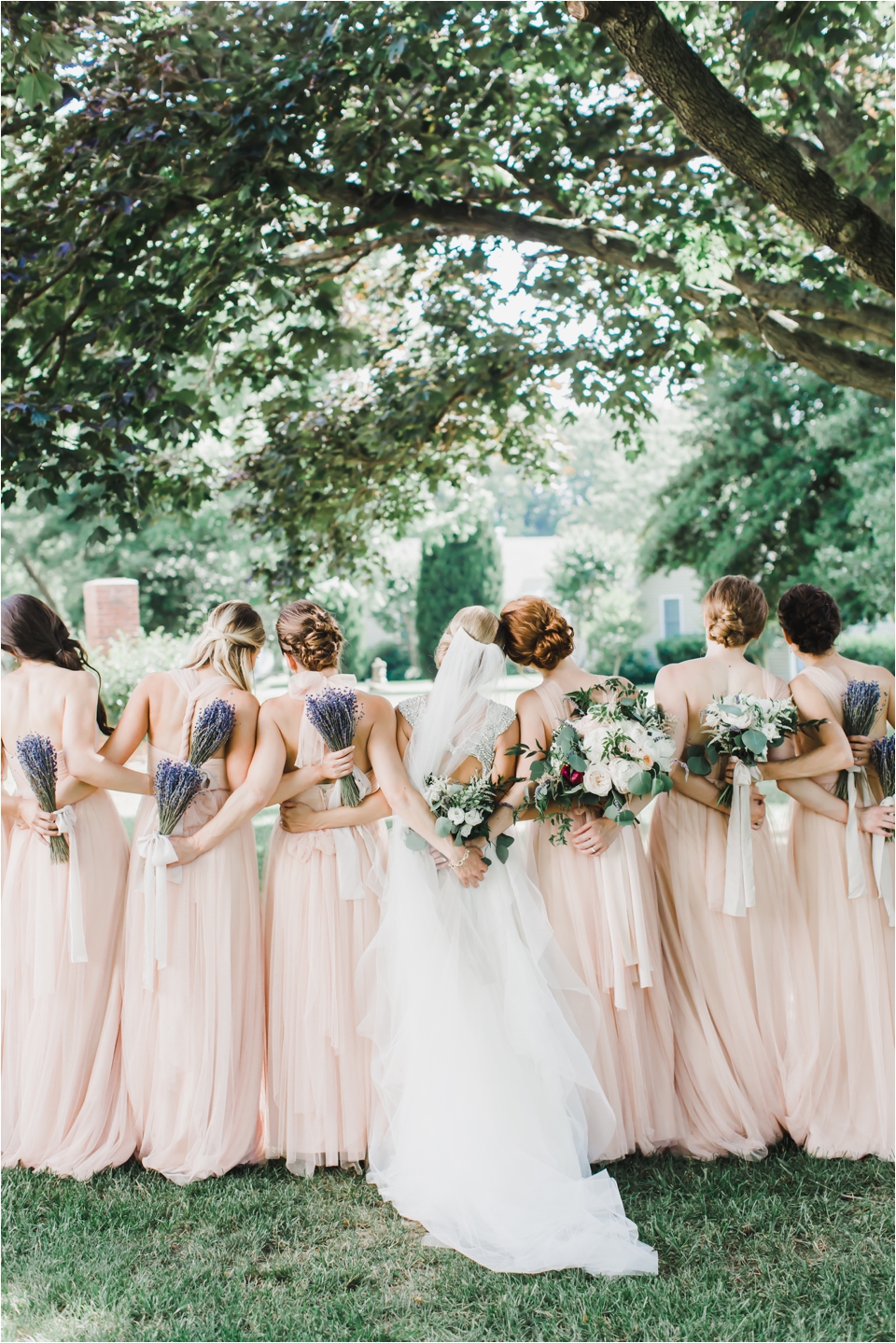 “The outfits I bought for my girlfriends were hideous. We don’t usually have bridesmaids in Indian weddings, but I wanted to get something for my non-Indian best friends who were flying out for our wedding. But I was on a tight budget. I would do what my sister-in-law did four years after I got married, and buy more fashion- and figure-flattering outfits in brighter colors. For bridesmaids, maybe get the opinion of a best friend or close family member to help you with dress ideas.” –Simi

“If I were to get married now, I would just have my three sisters as bridesmaids, rather than a bunch of friends. My sisters all still are [my best friends] even if they aren’t in my daily life.” –Jaci 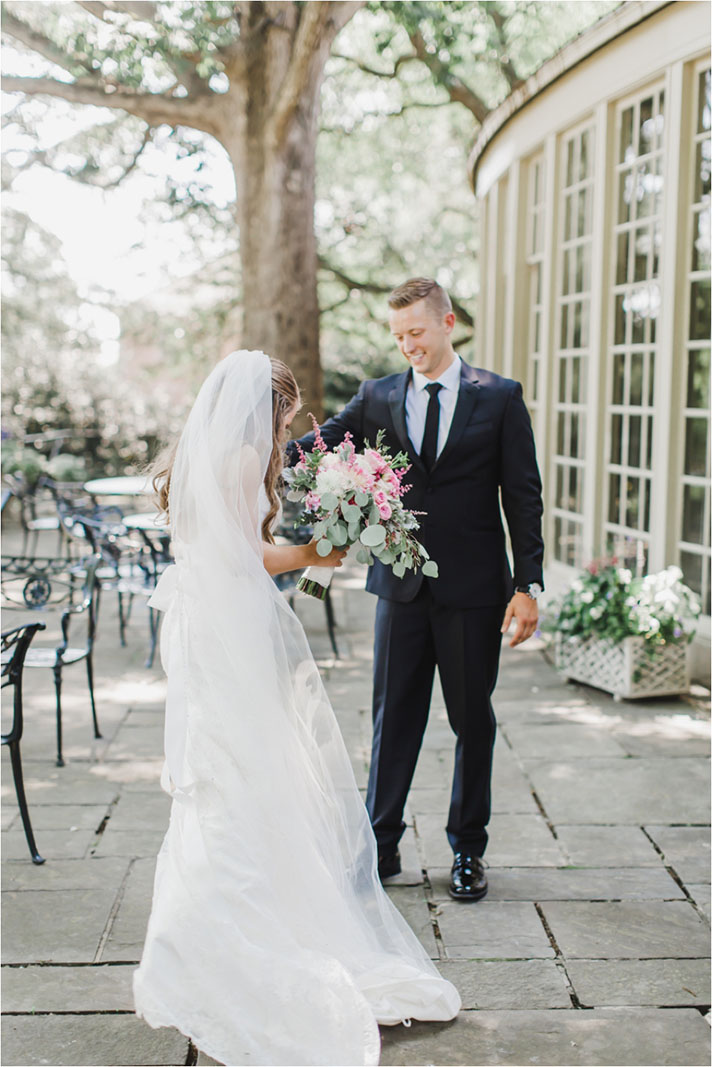 “I would have had a shorter ceremony. It was more than a half hour long, and I remember being bored standing up there, and I am sure those watching felt the same!” –Camaron, 38, New York City

“At the mass, I would have liked the priest to be on the lower step and us on the higher one; that way people in the church could have seen us better.” –Stacey, 43, Bronx, NY

“I’d start the ceremony later in order to account for late arrivals.” –Eileen 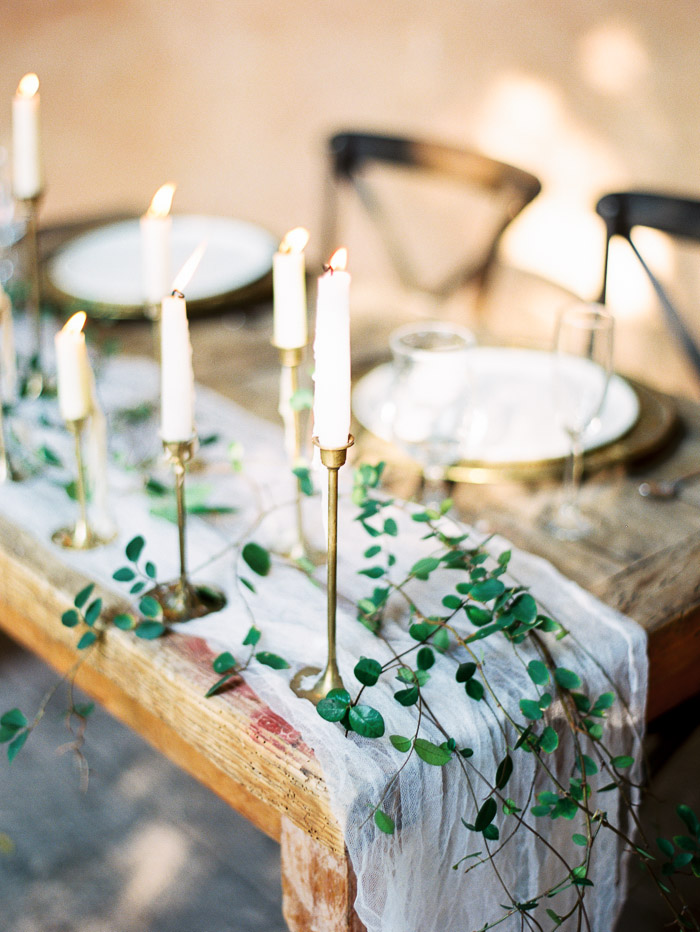 “And for the love of all, DO NOT have a smoke machine. Our DJ brought one and it looks like a club in most of my reception pictures.” –Simi

“One of the things I would have done differently for my reception is include more time for speeches… we only let the best man speak, and looking back, I think it would have been nice to have heard from others.” –Stacey 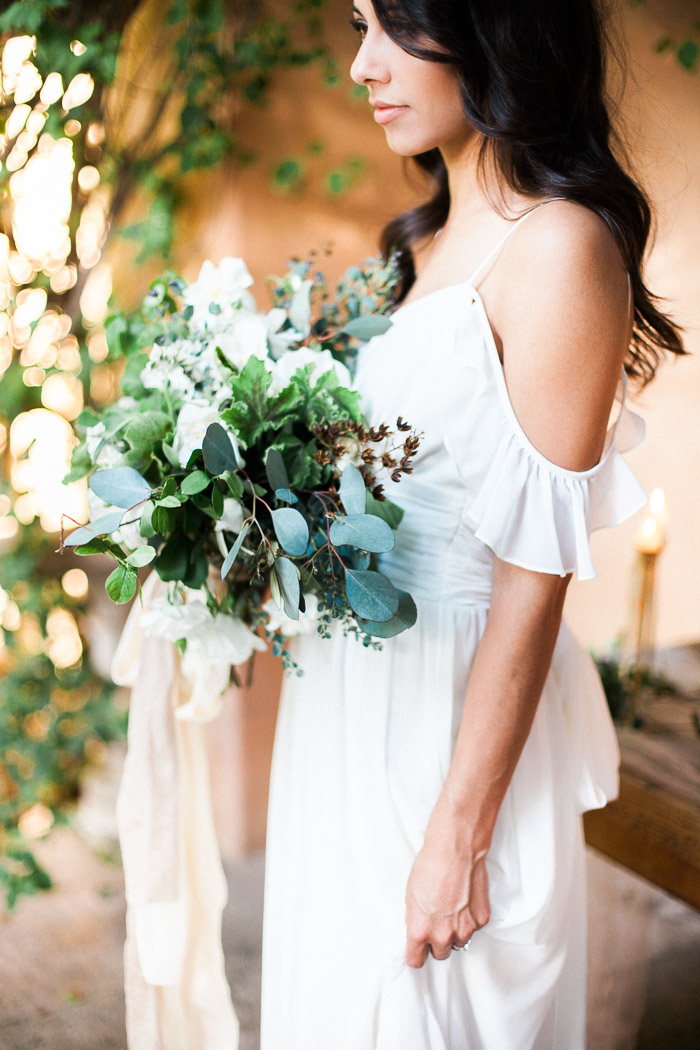 “I would’ve liked to have a talk with my father before we walked down the aisle. Like an ‘I love you’ talk.” –Elena

“I would’ve organized the first look—that moment when the bride and groom see each other for the first time—with a little more detail. In retrospect, there were too many people around for that moment.” –Danielle

“I should have had a dance with my father-in-law.” –Stacey

“I wish I could have convinced my dad to dance with me. Being an old-school immigrant from Korea, I don’t think he’s ever danced. Obviously, the father-daughter dance is a big deal, but I think he was feeling very shy about all the eyes on him. Maybe I could have found a corner to have our own private dance.” –Julie