If you loved Game of Thrones, you may want to know how to watch The Wheel of Time online for free to see how Amazon’s new fantasy show compares to the HBO epic that became an international phenomenon.

The Wheel of Time, based on Robert Jordan’s book series of the same name
, follows Moraine, a member of the Aes Sedai, a powerful organization of women who use magic. The show sees Moraine take a group of five people around the world in hopes that one of them is the reincarnation of the Dragon, a powerful individual who’s prophesied to either save the world or destroy it. Jordan’s book series, which was first published in 1984, consists of 17 books, including 14 volumes, two companion books and one prequel. The franchise—which has sold 90 million copies worldwide, making it one of the best-selling fantasy book series since Lord of the Rings—draws on elements of European and Asian mythology, as well as the cyclical nature of time seen in Buddhism and Hinduism, and the respect of nature found in Taoism.

According to Brad Stone’s 2021 book, Amazon Unbound, Jeff Bezos, Amazon’s founder, doubled Prime Video’s budget in 2019 to $7 billion and told his executive team: “I want my Game of Thrones.” “It’s not like he had any particular love for Game of Thrones,” Stone told GQ. “He thought: ‘OK, if Amazon Studios and Prime Video are going to be a calling card in all these countries around the world, [the show] has to be broadly appealing.

However, The Wheel of Time is not Game of Thrones. Executive producer Rafe Judkins explained to GQ that, while both shows are in the fantasy genre, The Wheel of Time features completely different arc types, especially for its female characters. “Even the great women in Game of Thrones, Cersei Lannister, First of Her Name,” Judkins said, “they’re the exception to the rule. And in this show they’re not.”

The Wheel of Time: Book One by Robert Jordan 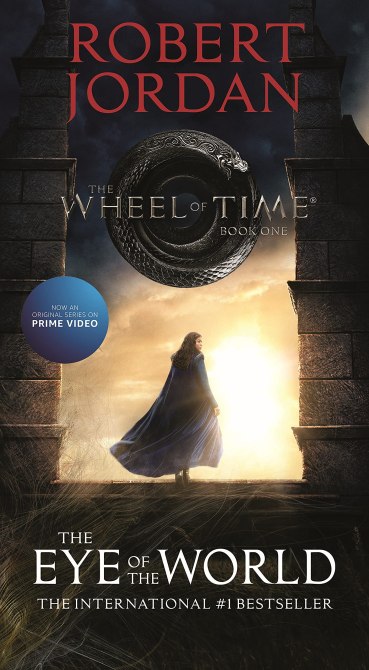 When does The Wheel of Time premiere?

The Wheel of Time season 1 premieres on November 19, 2021, with the first three episodes.

When are The Wheel of Time episodes released?

New episodes of The Wheel of Time season 1 are released on Fridays until December 24, 2021.

How to watch The Wheel of Time online for free

Watch 'The Wheel of Time' With Amazon… $0
Buy Now

Watch The Wheel of Time With Student Prime Free Trial

Watch 'The Wheel of Time' With Student… $0
Buy Now

Who’s in The Wheel of Time cast?

The Wheel of Time season 1 cast stars Rosamund Pike in the lead role of Moiraine, a member of the Aes Sedai, a powerful organization of women who use magic. Read on for the full Wheel of Time cast.

How many episodes is The Wheel of Time?

The Wheel of Time season 1 consists of eight episodes. The first three episodes were released on November 19, 2021, and new episodes are released Fridays until December 24, 2021.

The Wheel of Time is available to stream on Amazon Prime Video. Here’s how to watch it for free.