Now that this musical movie has officially earned Oscars status, many fans are wondering when they can watch West Side Story online for free. The good news is, West Side Story is expected to land on streaming services soon—and we’ve included all the details you need to know about how to catch it for free once it does.

2021’s West Side Story is an adaptation directed and co-produced by Steven Spielberg, with a screenplay by Tony Kushner. The musical drama is the second feature-length adaptation of the 1957 stage musical of the same name. The last adaptation hit screens in 1961, which means that Spielberg’s West Side Story is understandably different—and suited—for the 21st century. In an interview with Collider prior to the film’s release in December 2021, Spielberg admitted that he and screenwriter Kushner paid “surgical attention” to every scene in this adaptation.

“Every scene is a little building block, like a string of pearls,” he said. “I don’t think there was any scene that we didn’t pay surgical attention to. Tony was also very much open to new ideas that the actors might have and whether there was another way to do the scene. There was one scene in particular, and I’m not gonna say what the scene was, that there were 32 rewrites on, and the last rewrite happened 24 hours before we actually shot the scene.”

Clearly, the effort paid off, as critics quickly deemed Spielberg’s West Side Story a new classic for the modern age. For everything you need to know about West Side Story—from its release date, to when you can watch West Side Story online for free—just keep on reading ahead.

When does West Side Story come out?

West Side Story debuted in theaters on December 10, 2021. You can still buy tickets for the film at your local movie theater here.

When is West Side Story free on Disney Plus?

Steven Spielberg’s West Side Story is officially available to stream on Disney Plus and HBO Max as of March 2, 2022. The movie musical adaptation landed on streaming services after what was “a minimum 45-day exclusive theatrical release.

For those wondering why the film is available on both streaming services, West Side Story’s HBO Max release is due to Disney’s ongoing deal to share co-exclusive rights on 20th Century Fox films with the streamer. Now that you know your options, you can prepare to watch West Side Story online for free by checking out our tips up ahead. 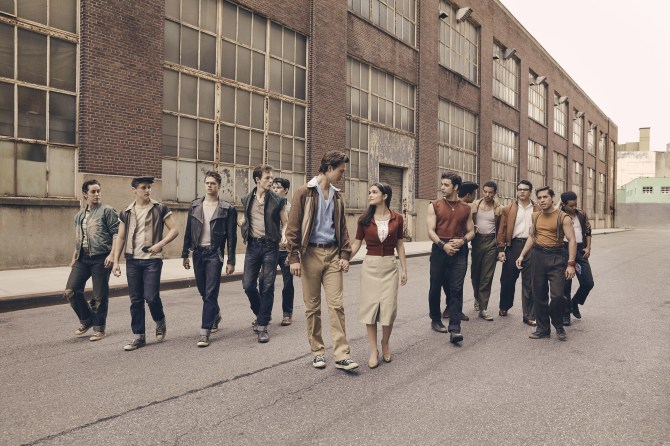 How to watch West Side Story online for free

While you’re at it: Verizon customers with Get More Unlimited and Play More Unlimited plans are also eligible for their Disney Bundle, which offers not only a free Disney Plus subscription for as long as you have your Verizon plan, but also free Hulu and ESPN+ subscriptions too, which saves viewers about $12.99 per month. Click here for Verizon’s FAQ on how to sign up for its Disney Bundle.

What is West Side Story about?

West Side Story, based on the 1957 stage musical of the same name, is a contemporary twist on a classic Romeo and Juliet romance. Teenagers Tony and María fall in love despite being affiliated with two rival street gangs in 1950s New York City—the “American” Jets and the Puerto Rican Sharks—who struggle for control over their turf on the Upper West Side. Their relationship leads to growing tensions between the enemy gangs, and in some ways, they must pay the ultimate price for love.

See the full cast of West Side Story below.

West Side Story is available to stream on Disney Plus. Here’s how to watch it for free.