The film stars Pratt as James Daniel “Dan” Forester Jr., a biology teacher and former Green Beret First Sergeant who served two tours in Iraq. Dan’s life is upended when a group of time travelers from the year 2051 arrive to deliver and urgent message: In 30 years, the world will lose a global war against a deadly alien species. The only hope for survival is for civilians from the present to be transported to the future to join the fight.

After its release, Screen Engine named The Tomorrow War as the world’s most streamed live-action movie of the summer of 2021, according to their PostVOD audience summary. Deadline also reported in July 2021 that a sequel to The Tomorrow War is already in development, with the cast and the director returning. Pratt celebrated the success of the movie in an Instagram video on Fourth of July weekend. “I’m feeling pumped, to say the least, and filled with gratitude,” he said. “If you haven’t had a chance to see the movie, check it out. I’m so proud of my baby, she’s all grown up and terrorizing the world with hideous aliens.”

In the caption, Pratt added, “CONGRATULATIONS! YOU DID IT! You have made @thetomorrowwar a HOME RUN win! Thank YOU to everyone who watched The Tomorrow War this weekend. The first 48 hours of global viewing for The Tomorrow War on Prime Video broke all the records🙏🏻🙏🏻❤️❤️💪🏼💪🏼. #1streaming film in the world!! And we could not have done that without each and everyone of you. Thank you all for joining us on this adventure! Happy 4th!!” 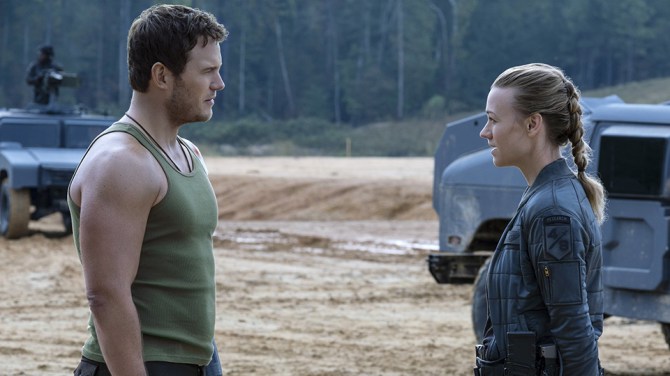 How to watch The Tomorrow War

The Tomorrow War is available to stream on Amazon Prime Video.