Now that it’s no longer on Netflix, you might be wondering how to watch The Office online for free without having to pay yet another subscription fee for a new streaming service. Don’t worry, Dunderheads—you can still watch Kevin spilling his homemade chili over on Peacock with no money spent.

As of January 1, 2021, all nine seasons of The Office will be available to watch over on NBC Universal’s new streaming service. But why, exactly, did Michael Scott and the rest of the Dunder Mifflin crew get booted off of Netflix? Well, as it turns out, even a streaming giant like Netflix has to pay some pretty hefty licensing fees if it wants popular shows like The Office on its platform. And with the new launch of its home network’s streaming service, negotiations over The Office’s future on Netflix came to halt. Now, the series is exclusively available to stream on Peacock. And that’s not all—fans will also be able to view a bunch of never-before-seen footage now that the series is back on NBC’s platform.

“Having The Office back in the NBC family opens up access to a lot of extra content that we originally shot,” Greg Daniels, The Office’s creator, said in a press release. “The team at Peacock wanted to create the ultimate destination for fans, so I went back into the dailies with the original editors of the show and found some never-before-seen footage that was cut for time but is still fun to see.”

Daniels added, “You can choose to watch the classic version of the show, or the superfan extended cuts with this new footage and other deleted scenes that we are gradually rolling out, starting with season 3. The experience on Peacock should feel like a celebration of The Office for fans.” So, what are you waiting for? Time to get back to bingeing The Office on Peacock.

Thankfully, Peacock has options for fans whether they’re strapped for cash or simply don’t want to dole out money for another streaming service. Find out below how to watch The Office online for free.

How to watch The Office online for free

So, how can you watch The Office online for free now that it’s no longer on Netflix? Keep on reading below for some of our tips and tricks for watching The Office for free on Peacock. 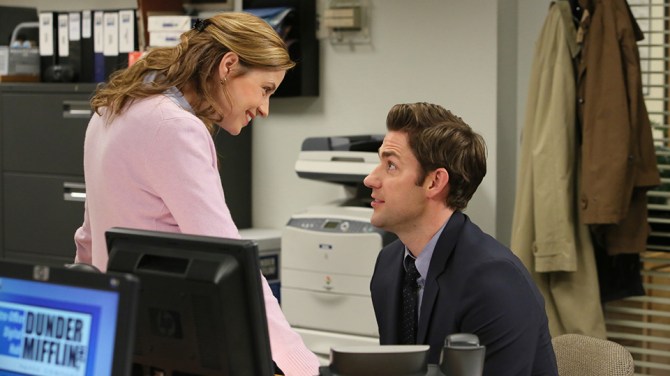 For fans looking to watch The Office online for free, Peacock offers a free version of their streaming service that allows you to watch a limited amount of The Office. All you have to do is sign up with your email address and you’ll be able to view the first five seasons of The Office for free. If you plan on watching other seasons of The Office, don’t worry—the rest of The Office is also available to stream on Peacock for free with a little finessing. Keep on reading ahead to find out how.

What are The Office Christmas episodes? 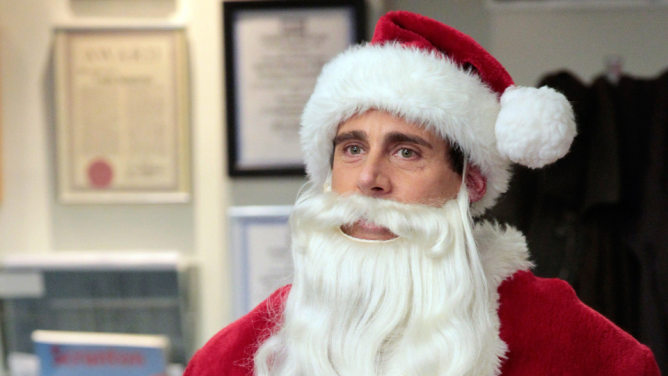 See the list of all eight The Office Christmas episodes below to stream them this holiday season.

Who is in The Office cast?

The Office cast included Steve Carell, Rainn Wilson, John Krasinski, Jenna Fischer, Angela Kinsey, Mindy Kaling, B.J. Novak and more. Altogether, the cast earned the series 42 Primetime Emmy Awards nominations and five wins throughout its nine seasons. Carell, for his part, won a Golden Globe Award for Best Actor for his lead role in the series. Read on for the full The Office cast and who each actor plays.

Will there be a The Office reboot?

In September 2019, following the announcement of NBC’s streaming service Peacock, NBC Universal’s Chairman of Direct-to-Consumer and Digital Enterprises, Bonnie Hammer, revealed to Deadline that it was her “hope and goal” to do a reboot of The Office. “The Office comes back to us in January 2021. It is my hope that we can figure what that great reboot would be,” she told the site, before adding, “We are having conversations.”

Following Hammer’s statement, former Office showrunner Greg Daniels expressed doubts about a potential reboot. “I haven’t spoken to anybody at Peacock, no,” Daniels told Comicbook.com in March 2020. “But I don’t think that we would either be able to get all the cast together, because a lot of them are doing different things, or whether we’d really need to do that, because I feel like we had our finale.”

“We knew we were going to end the show for that last season, and then we wrote towards particular endings,” he added at the time. “I mean, I don’t know. Sometimes, it seems like people want something, but I don’t know if they really do want it, or just means that they really liked the original. It’s hard to say.”

The previous month, John Krasinski, who played Jim Halpert in the series, said he’d “love” to do a reunion in the future. “The Office was absolutely everything to me,” he said in an interview with Esquire in February 2020. “I mean, it is my beginning and my end. I’m pretty sure at the end of my career I’ll still be known for Jim. It was the first creative family I’ve ever had.” He added, “In many ways, they will always be the most important people in that most important experience in my career. So yeah, if they did a reunion, I would absolutely love to do it.”

For now, however, it sounds like the decision for an Office reboot will come down to Daniels. As NBCU content chief Susan Rovner told Deadline in August, the reboot can happen “whenever Greg Daniels wants to do one.” She added, “We’re standing by.” And so are we!

The Office is available to stream on Peacock.