If you’re a member of Bachelor Nation, you may want to know how to watch The Bachelorette online for free to not miss Michelle Young’s drama-filled season—and, of course, who she chooses in the end.

Though there seems to be a never-ending supply of Bachelor shows these days, The Bachelorette still remains as one of our favorite moments for its female-centric seasons and must-talk-TV moments, such as when Hannah B. eviscerated Luke P. in season 15 or when Clare quit in the middle of season 16 to be with her winner, Dale. If you’re a longtime Bachelor fan, you may want to know how to watch The Bachelorette online for free to not miss a second of the new season. Ahead are various ways to do so. 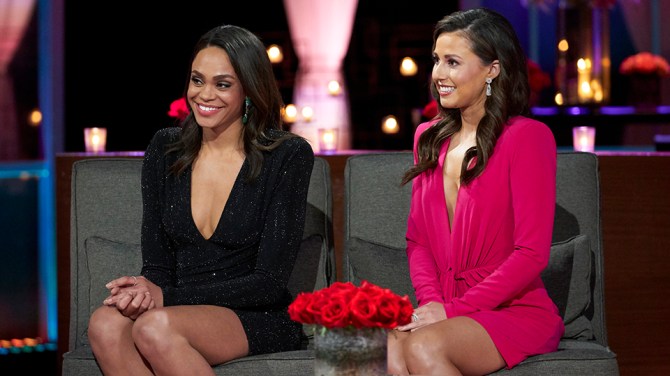 The season 18 Bachelorette is Michelle Young, a teacher from Minnesota, who was the runner-up on season 25 of The Bachelor with Matt James. Her season premieres on October 19, 2021. As Bachelor Nation fans know, Michelle isn’t the only Bachelorette this year. Katie Thurston, a bank marketing manager from Washington, was the season 17 Bachelorette. Katie was eliminated in 10th place on Matt’s season and walked away engaged to Blake Moynes after the season 17 finale in August.

In an interview with Entertainment Tonight in October 2021, Tayshia Adams, who hosted Michelle’s Bachelorette season with Kaitlyn Bristowe, teased that Michelle’s finale is unlike any recent Bachelorette finale. “How it ends? I don’t think we’ve seen an ending like what happens in a couple of seasons now,” Tayshia said. “We’ve seen a lot. So there’s a lot of highs and lows. It’s all good things. I would just say she definitely leans into her heart and puts it all out on the line.”

When does The Bachelorette 2021 air?

The Bachelorette airs Tuesdays at 8 p.m. on ABC.

How to watch The Bachelorette online for free

Watch The Bachelorette With Sling’s $10 Deal

Watch The Bachelorette With Hulu+ With Live TV’s Free Trial

Watch 'The Bachelorette' on Hulu+ With… $0+
Buy Now

Watch 'The Bachelorette' on Hulu

Hulu is the most affordable option to watch The Bachelorette if you can wait a day. The service offers a seven-day free trial and upload new episodes of ABC shows, including The Bachelorette, less than 24 hours after they air live. Though you can’t watch episodes live (unless you subscribe to Hulu+ With Live TV), Hulu, which starts at $5.99 per month, is much more affordable than its live-TV counterparts for those who can wait to watch new episodes of their favorite shows.

Watch The Bachelorette With a VPN & Hayu’s Free Trial

Watch 'The Bachelorette' With… $0+
Buy Now

Another free and cheap way to watch The Bachelorette online for free (especially if you don’t live in the United States) is with a VPN, which allows users to set their computer’s location to another country and access websites that would otherwise be restricted by their location. New episodes of The Bachelorette are available to stream the next day on Hayu, an international streaming service which offers a 30-day free trial. To watch the show, however, Americans will need a VPN. One of the best VPN services out there is ExpressVPN, which is easy to use and offers a 30-day free trial.

The service is also a lot more affordable than other VPN services out there. After the 30-day free trial, ExpressVPN costs $8.32 per month for a 12-month plan ($99.95 in total), $9.99 per month for a six-month plan ($59.95 in total) or $12.95 per month for a monthly plan. As for Hayu, the service costs $6.99 per month after its 30-day free trial ends, which means that it costs just $15.31 to subscribe to both Hayu and ExpressVPN to watch The Bachelorette hours after new episodes are released. That’s about $40 less than most cable services. Along with The Bachelorette, Hayu also offers more than 250 other shows, including the Real Housewives franchise, the Below Deck franchise and international Bachelor shows—all of which upload new episodes the day after they air.

Here are step-by-step instructions to sign up for Hayu and ExpressVPN.