Return of the Roys. Now that the family that we love to hate is back for another season on HBO Max, fans wondering if there’s a way to watch Succession online for free this year. While this drama is all types of messy, finding out how to stream Succession for free certainly doesn’t have to be.

Succession, which premiered on HBO in June 2018, follows the lives of the Roy family, the owners of a global entertainment and media conglomerate known as Waystar RoyCo. The future of WayStar is uncertain when we first meet the Roys, as family patriarch and company founder Logan Roy’s health is on the decline. His four grown children—Kendall, Roman, Shiv and Connor—battle it out for his place at the helm; but Logan is far from on board. The satirical drama impressed viewers enough to nab four Emmy Awards in 2020, including Outstanding Drama Series, following its second season.

“From early on, we wanted to have an outsider perspective that you might have had if you just focused on the inner-circle of the Roy family,” said series creator and showrunner Jesse Armstrong in an interview with HBO. “I like having that point of view The Roys are so wealthy, they’ve become unaware of their surroundings. It’s nice to have people that can peer into their lives in the show and stand-in for the rest of us.”

If you’re ready to reconnect with the Roys for yourself, keeping on reading below for everything to know about streaming Succession for free on HBO Max. 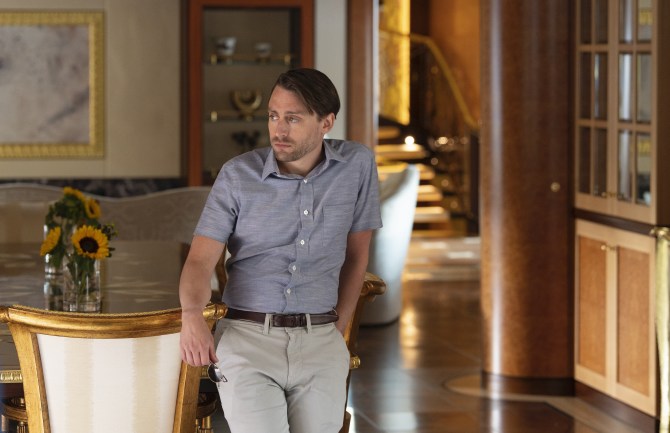 When does Succession 2021 start?

Succession season 3 will debut on Sunday, October 17, 2021 on HBO. The nine-episode season will also be available to stream on HBO Max.

When does Succession 2021 air?

Succession airs Sundays at 9:00 p.m. ET on HBO. Episodes will be available to stream after they air on HBO Max.

How to Watch Succession for free on HBO Max

Succession premieres exclusively on HBO Max on Sunday, October 17, 2021. Existing subscribers can catch the latest Roy family drama at no extra cost, but don’t worry if you’re not already an HBO Max customer. Those without an HBO Max subscription still have options! Just keep on reading to find out how you can watch Succession for free below.

While HBO Max doesn’t offer free trials, there’s still a way to try the service for free thanks to Hulu with HBO Max. Hulu offers a free seven-day trial for new users to check out both Hulu and HBO Max, which gives fans plenty of time to binge Succession seasons 1 and 2 ahead of Succession season 3. If you decide not to stick with the service, which costs $14.99 a month, just make sure to cancel your subscription to avoid any fees before your free trial offer is up.

Succession Season 3 is available to stream on HBO Max beginning on October 17, 2021.