If you’re a fan of both Pixar and Hayao Miyazaki films, you may want to know how to watch Luca online for free. Luca, which premiered on Disney+ on June 18, 2021, is an animated coming-of-age movie about a sea monster boy named Luca Paguro (Jacob Tremblay) who can assume the form of a human while on land.

The film, which is Pixar’s 24th movie, is set in the Italian Riviera between the 1950s and 60s and follows Luca as he spends his summer exploring the town of Portorosso with his new best friend, Alberto Scorfano. In an interview with IndieWire in February 2021, Luca‘s director, Enrico Casarosa, explained how Luca was inspired by his own childhood in Genoa with a friend also named Alberto. “Luca was about my best friend, Alberto. I was very shy and timid and sheltered by my family, and I met [Alberto], who was very free, his family wasn’t around a whole lot, and he was able to chase around and get into trouble,” he said.

He continued, “It got me out of my comfort zone, and I love how these friendships challenge us and help find us out who we are, even to the point of changing each other. And the fun part was growing up on the Riviera and having amazing summers in this coastal town.”

Casarosa explained that Luca’s sea monster side serves a “metaphor for feeling different” that many kids experience as in when they’re younger. “The other side of being a kid is that you always feel like you’re the outsider,” he said. “Me and my friend felt like such losers when would hang out. And I love how the sea monster is a wonderful metaphor for feeling different.” As for the movie’s animation style, Casarosa described Luca as a mix between Hayao Miyazaki (the Japanese animator known for films like Castle in the Sky and Spirited Away) and Federico Fellini, an Italian filmmaker known for movies like La Dolce Vita.

If you love monsters, Italy and animated movies, Luca may be for you. But if you don’t have a Disney+ subscription (or don’t want to pay for one), you may want to know how to watch Luca online for free. Well, read on to find out. 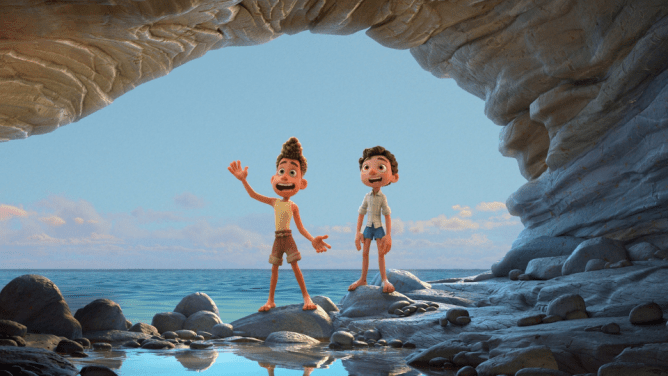 How to watch Luca online for free

Unfortunately, Disney Plus ended its free trial in 2020, but there still are ways to watch Luca online for free. Keep on reading below to find out some of the secret ways to secure a free trial for Disney Plus.

Luca is available to stream on Disney+.