If you love Benson and Stabler as much as we do, you may want to know how to watch Law and Order online for free to catch the crossover between Law & Order: Special Victims Unit and its Stabler-led spinoff, Law & Order: Organized Crime.

The Law & Order premiered on NBC in September 1990 and ran for 12 seasons until its end in May 2010. The show, which has led to more than six spinoffs, followed a group of New York City Police Department detectives as they investigated a crime, usually murder. The first half hour would be the investigation, with the second half hour showing the prosecution of the defendant by the Manhattan District Attorney’s Office. Though each Law & Order spinoff has its differences, each show, for the most part, follows a similar format.

Law & Order: Special Victims Unit, which is by far the most successful spinoff from the franchise, premiered in September 1999 with Mariska Hargitay as Olivia Benson and Christopher Meloni as Elliot Stabler, two detectives in the Special Victims Unit of the New York Police Department. The show, which has been on the air for more than 22 seasons, has won over 33 Emmys, including an Outstanding Lead Actress in a Drama Series award for Hargitay. 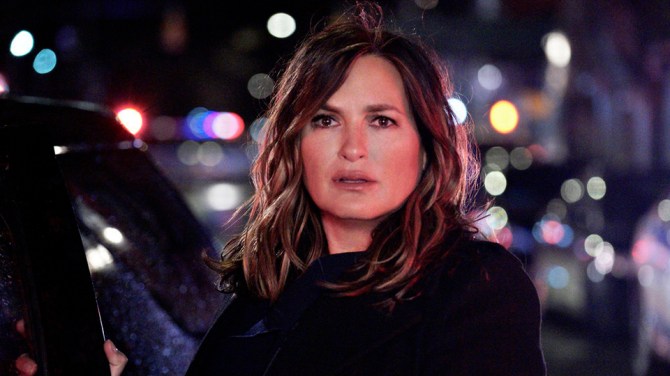 Sling TV’s free trial is an excellent option to watch This Is Us for cheap. Sling offers two plans: Sling Blue and Sling Orange. (Sling Blue is more suited for news and entertainment, while Sling Orange is better for sports and family.) Both include a three-day free trial and cost $35 per month after the trial ends, if one chooses to subscribe. Both also offer 50 hours of DVR and local channels like NBC, which is where This Is Us airs. If you had to choose one, though, we recommend Sling Blue to watch This Is Us. Not only does the plan include more channels, but it also allows the user to stream on three devices (Sling Orange allows only one), which means that you can split the cost with two other people, who can stream the Olympics on their own devices. (That’s just $3.33 per person.)

Peacock is by far the best option to watch Law & Order online for free. Though users can’t watch NBC live from the service, Peacock uploads episodes of Law & Order the next day so fans can catch up. All you have to do is sign up for a free Peacock account. Subscribers can also upgrade to Peacock Premium (with ads) for $4.99 per month or Peacock Premium Plus (with no ads) for $9.99 per month. As for what’s on Peacock, the service has more than 900 movies and 300 TV shows from NBC Universal’s properties including NBC, Bravo and E!.

Another way to watch Law & Order online for free is with Fubo TV’s free trial. Fubo TV’s seven-day free trial.  Fubo offers more than 100 channels, including NBC to watch the Law & Order, as well as at least 250 hours of DVR, in case you want to watch the award show again. The service costs $65 per month after your free trial ends, so be sure to remember to cancel your trial before it expires.

The easiest way to watch Law & Order online for free is with Hulu’s 30-day free subscription. Though not live, Hulu uploads new episodes of Law & Order the day after they air, so users can catch up the morning after the night show. The service—which offers more than 1650 TV shows and 2,500 movies along with Law & Order—starts at $5.99 per month for its basic subscription with ads. It’s ad-fee plan costs $11.99 per month. Both plans come with a 30-day free trial, so users can watch at least four seasons of Law & Order at no cost.

If you’re a Verizon customer (or know someone who is), there is another free option. For a limited time, customers with unlimited plans, such as Get More Unlimited and Play More Unlimited, have access to Verizon’s complimentary The Disney Bundle, which includes Disney+, Hulu and ESPN. Disney+ and ESPN are nice, but Hulu is the real reward here to watch Law & Order online for free.

There, customers will be able to choose The Disney Bundle, which includes Disney+, Hulu and ESPN. After choosing the bundle, click Get It Now. Enter the email address you want to use for your subscriptions, check your email for confirmation and voila. You can now watch Law & Order online for free. The deal ends soon, so it’s best to sign up now.

Law & Order: Special Victims Unit and Organized Crime air Thursdays at 9 p.m. and 10 p.m. on NBC and is available to stream on Hulu. Here’s how to watch it for free.