For those who aren’t familiar with the newly launched NBC series, here’s what to know. La Brea is named for the La Brea Tar Pits of Los Angeles, where disaster strikes when a massive sinkhole opens in the area at the start of the series. Hundreds of people, vehicles, buildings and more are sucked into the hole, which seems to extend to the very depths of the Earth. But instead of being killed by the accident, everyone who falls into the sinkhole ends up alive in what appears to be some kind of prehistoric world on the other side. The survivors—and those who remain above the sinkhole in Los Angeles—must all figure out a way to save themselves before the dangers of this primeval place are unleashed.

The survival drama, which premiered in September 2021, has already drawn comparisons to ABC’s Lost, which ran from 2004 to 2010. Could it be the replacement to Lost we’ve all been waiting for? We’ll leave that up to you to decide—and you can do so without even spending a dime. Just keep on reading below for everything you need to know on how to watch La Brea online for free.

How to watch La Brea online for free 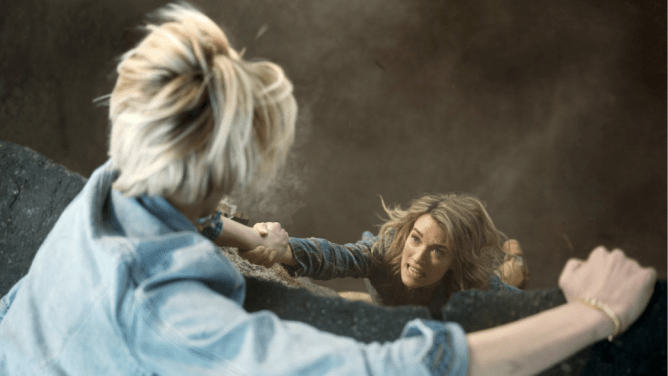 Hulu+ With Live TV is a great way to watch La Brea online for free. The service offers over 75 live channels, including NBC to watch La Brea online for free with its seven-day free trial. In addition, you’ll have access to Hulu’s entire streaming library of 80,000 movies and TV shows, along with 50 hours of DVR. If you choose to stick with the service after your trial ends, you can expect to pay $65 per month—but if not, just make sure to cancel your subscription before your trial offer is up.

If you don’t mind waiting an extra day to watch La Brea online for free, consider Hulu’s 30-day free subscription. Hulu uploads new episodes of La Brea the day after they air, so fans of the show can easily catch up by the next morning. The service—which offers more than 1650 TV shows and 2,500 movies along with La Brea—starts at $5.99 per month for its basic subscription with ads. Its ad-free plan costs $11.99 per month. Both plans come with a 30-day free trial, so users can watch every episode of La Brea so far at no cost.

Peacock is another way to watch La Brea online. Like Hulu, Peacock uploads episodes of La Brea the next day so fans can catch up. Though Peacock offers a free subscription, viewers will need to subscribe to one of Peacock’s paid plans to watch La Brea, making this an alternative option if you don’t mind paying a smaller monthly fee. Currently, the streamer offers Peacock Premium (with ads) for $4.99 per month or Peacock Premium Plus (with no ads) for $9.99 per month, which gives you access to over 900 movies and 300 TV shows—including NBC’s La Brea.

La Brea airs Tuesdays at 9 p.m. on NBC. Stream the next day on Hulu or Peacock.