There are milestones in every (successful) celebrity’s life: The first autograph they sign, the first time they appear in a New York Times crossword puzzle and the first time their name is a question on “Jeopardy!” But the first time they get an entire category dedicated to their life and achievements on the cerebral game show? Well, that’s just unheard of. 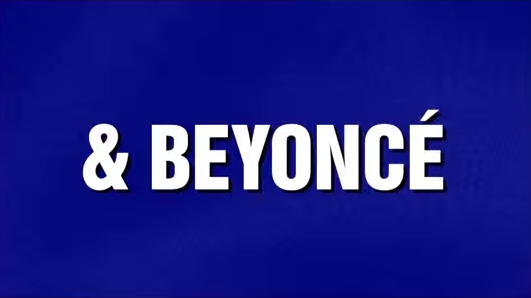 Until Beyoncé of course. And boy, was it glorious. Just hearing Alex Trebek try to pronounce “Bey” is a thing of wonder, let alone when he repeated the lyric, “that liquor get into me.”

MORE: Check Out The New Dating App That Blocks Co-Workers

And for the most part, the contestants really knew their Bey! Sure, the questions were elementary for even the most #basic Beyoncé fans, but these champions shan’t be discounted. Well, except for the one guy who respnoded “Drunk of Love” instead of “Drunk in Love.” Oops.

Check out the answers:

$200: Before she was an independent woman, Beyoncé was part of this group that hit with “Independent Women Part 1.”

$400: In an “SNL” skit, Justin Timberlake and Andy Samberg, in leotards & heels, replaced Bey’s female dancers in this video.

$600: Beyoncé’s daughter sounds like a colorful plant with this first & middle name.

$800: In the movie “Cadillac Records” Beyoncé played this R&B legend & sang “At Last” on the soundtrack.

$1000: Jay Z is featured on this Beyoncé song that mentions “that liquor get into me.”

Think you know the answers? Watch and play along below: