If you’ve been curious about what happened to Clint Barton after Avengers: Endgame, you may want to know how to watch Hawkeye online for free.

Hawkeye—which is the Marvel Cinematic Universe‘s fifth Disney Plus TV show after WandaVision, The Falcon and the Winter Soldier, Loki and What If…?—is set after the events of 2019’s Avengers: Endgame and sees Jeremy Renner reprise his role as Clint Barton a.k.a. Hawkeye. The miniseries follows Clint as he deals with his best friend Natasha Romanoff (a.k.a. Black Widow)’s death in Avengers: Endgame and works together with a young archer named Kate Bishop (Hailee Steinfeld) to confront enemies from his past as Ronin, his alias in Endgame, in order to get back to his family in time for Christmas. The show also sees Florence Pugh reprise her role as Yelena Belova from 2021’s Black Widow as she investigates how Natasha died.

In an interview with Entertainment Weekly, Trinh Tran, an executive producer on Hawkeye, explained why Steinfeld made the perfect Kate Bishop. “I remember the very first day when [MCU president Kevin Feige] and I sat with Hailee to talk about it. We were just like, ‘This is Kate Bishop,'” Tran said. “When you read the comics, you get that energy from Kate—that wit and those smarts. And meeting Hailee, you see she’s so incredibly talented. Just look at the body of work she’s accomplished at such a young age. We knew having her be a part of the MCU one way or another would be very exciting, but when we started talking about this particular project and this character, she just became our go-to girl.”

Steinfeld, who also starred in 2018’s Spider-Man: Into the Spider-Verse, also talked about what it’s like to be an official member of the MCU. “It’s very, very exciting to be in the MCU at all. I still haven’t been able to get over that,” she said. “Playing someone that people are in fact very excited to see — it makes me feel honored to be the one bringing her to life.”

So how can one watch Hawkeye online for free? Read on for how to stream Hawkeye at no cost to see Jeremy Renner and Hailee Steinfeld as Marvel’s next crime-fighting duo. 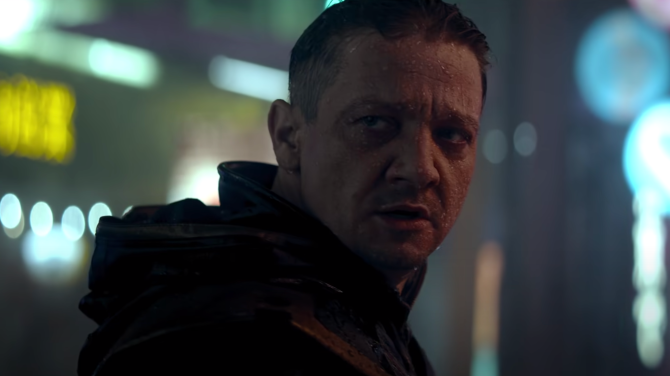 Image: Courtesy of Disney Plus.

When does Hawkeye premiere?

Hawkeye premieres on November 24, 2021, with the first two episodes.

When are Hawkeye episodes released?

New Hawkeye episodes are released on Wednesdays until December 22, 2021.

How to watch Hawkeye online for free

Verizon customers with Get More Unlimited and Play More Unlimited plans are also eligible for their Disney Bundle, which offers not only a free Disney Plus subscription for as long as you have your Verizon plan, but also free Hulu and ESPN+ subscriptions too, which saves viewers about $12.99 per month. Click here for Verizon’s FAQ on how to sign up for its Disney Bundle. So there you have it—a way to watch Hawkeye online for free.

Who’s in the Hawkeye cast?

The Hawkeye cast includes Jeremy Renner as the lead role of Clint Barton, a.k.a. Hawkeye. Renner has also starred in TK other Marvel movies, including Thor, The Avengers, Avengers: Age of Ultron, Captain America: Civil War, Avengers: Endgame and Black Widow, in which he had a voice cameo. Hailee Steinfeld stars as Kate Bishop, Hawkeye’s protégée. Read on for the full Hawkeye cast.

How many episodes is Hawkeye?

Hawkeye is available to stream on Disney Plus. Here’s how to watch it for free.