XoXo! If you love new Upper East Siders, you may want to know how to watch the Gossip Girl reboot for free to see their return in season 1B.

The original Gossip Girl—which is based on Cecily von Ziegesar’s book series of the same title—premiered in 2007 on The CW and starred Blake Lively, Leighton Meester, Chace Crawford, Penn Badgley, Ed Westwick and more as a group of privileged, upper-class teenagers from Manhattan’s Upper East Side. The show followed the adolescents as they’re haunted by an unknown, omniscient blogger known as “Gossip Girl” (voiced by Kristen Bell), who reports on their lives.  The series ran for six seasons and aired its finale in 2012.

The reboot, which is set a decade after the original Gossip Girl, follows the new characters as they navigate their lives in New York City under the eye of a new Gossip Girl. Kristen Bell returns as the voice of Gossip Girl, and the series is also said to include some returning cast members from the original series. Read on ahead for ways to watch the Gossip Girl reboot for free. 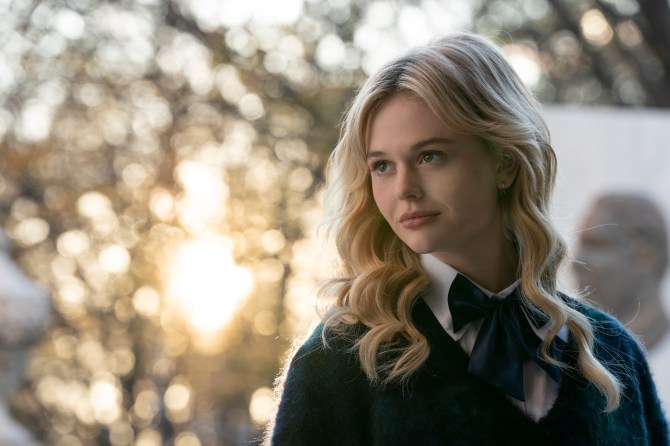 When do Gossip Girl reboot episodes come out?

The second part of the Gossip Girl reboot premieres on HBO Max on November 25, 2021, and new episodes are uploaded on Thursdays.

How to watch the Gossip Girl reboot for free

The Gossip Girl reboot is available to stream on HBO Max, which offers two plans: an ad-supported plan for $9.99 and an ad-free plan for $14.99. HBO Max, unfortunately, doesn’t have a free trial, but there are still ways to watch Gossip Girl for free with the little-known hacks ahead.

Watch Gossip Girl For Free With BBC iPlayer & a VPN

The Gossip Girl reboot is available to stream for free on BBC One and iPlayer. Unfortunately, BBC’s iPlayer only works in the United Kingdom. However, those who want to watch the Gossip Girl reboot for free can do so with a VPN service, which allows users set their computer’s location to another country and access websites that would be otherwise restricted by location. One of the best VPN services is Express VPN, which offers a 30-day free trial. After the rial ends, ExpressVPN costs $8.32 per month for a 12-month plan ($99.95 in total), $9.99 per month for a six-month plan ($59.95 in total) or $12.95 per month for a monthly plan. To watch Gossip Girl on BBC’s iPlayer (which also offers other HBO and HBO Max shows like I May Destroy You, users will need to complete the following steps: Sign up for Express VPN; log into your account and click “Download”; install Express VPN and enter the “Activation Code”, set your location to UK once Express VPN is set up; create a BBC account; watch Gossip Girl.

What is the Gossip Girl reboot about?

The Gossip Girl reboot is set a decade after the end of the original series, as a new group of students at Constance Billard, a Manhattan private school, are haunted by a new Gossip Girl, anonymous social media account that reports their every move and secret.

Who is in the Gossip Girl reboot cast?

The Gossip Girl reboot is available to stream on HBO Max.