If you’re a longtime Idol fan, you may want to know how to watch American Idol online for free, so you don’t miss a second of season 20.

American Idol premiered on FOX in June 2002 with hosts Ryan Seacrest and Brian Dunkleman and judges Simon Cowell, Paula Abdul and Randy Jackson. As fans know, Kelly Clarkson went on to win season 1 of American Idol and have incredible success with number one songs like “Stronger (What Doesn’t Kill You)” and “My Life Would Suck Without You.” Clarkson has also gone on to become a coach on Idol’s rival series, The Voice, as well as host her own talk show, The Kelly Clarkson Show. There have been many other successful artists from Idol as well, including Carrie Underwood, Jennifer Hudson and Chris Daughtry.

Over the years, Idol has changed a lot. Judges have come and gone. The show was even cancelled in 2016 and was revived on ABC in 2018. While there have been many changes to Idol over the years, there’s been a core base of loyal fans who tune in every week to watch hopefuls from across the country compete to be America’s next pop star. Ahead is how to watch American Idol online for free, so you don’t miss a moment of TV premier reality TV singing competition. 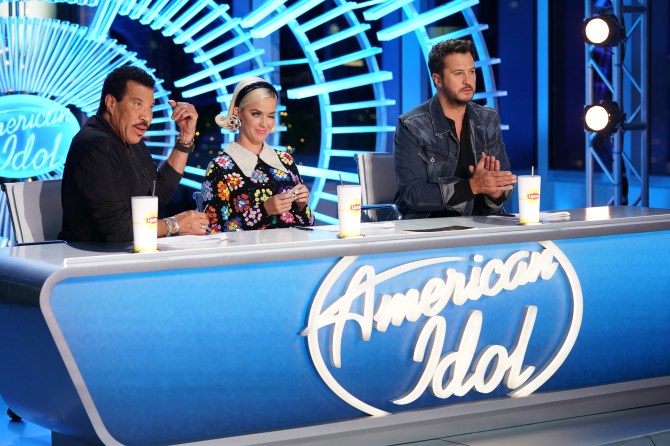 When does American Idol season 20 premiere?

When does American Idol air?

How to watch American Idol

How to watch American Idol online for free

The best way to watch American Idol online for free is with Fubo TV’s free trial. Fubo TV offers a seven-day free trial, which is more than enough time to stream American Idol. Along with ABC,  Fubo TV offers more than 100 channels, including NBC, CNN and CBS, at least 250 hour of DVR and a streaming library with hundreds of hours of TV shows and movies. After the free trial ends, Fubo TV costs $64.99 per month, so be sure to cancel it before you’re charged.

Hulu is the most affordable option to watch American Idol if you can wait a day. The service offers a seven-day free trial and upload new episodes of ABC shows, including American Idol, less than 24 hours after they air live. Though you can’t watch episodes live (unless you subscribe to Hulu+ With Live TV), Hulu—which offers more than 1650 TV shows and 2,500 movies along with American Idol—starts at $5.99 per month for its basic subscription with ads. It’s ad-fee plan costs $11.99 per month. Both plans come with a 30-day free trial, so users can test it out before committing to a subscription.

If you’re a Verizon customer (or know someone who is), there is another free option. For a limited time, customers with unlimited plans, such as Get More Unlimited and Play More Unlimited, have access to Verizon’s complimentary The Disney Bundle, which includes Disney+, Hulu and ESPN. Disney+ and ESPN are nice, but Hulu is the real reward here to watch American Idol online for free. So how do you claim your free Hulu subscription? Well, Verizon has a FAQ here that explains the steps a Verizon customer needs to take to access Disney+ for free, but here’s the gist: Go to My Verizon site or the My Verizon App. In the app, go to the Plans & Devices page and click Explore Adds. On the site, choose Account on the top menu and click Add Ons & Apps. There, customers will be able to choose The Disney Bundle, which includes Disney+, Hulu and ESPN. After choosing the bundle, click Get It Now. Enter the email address you want to use for your subscriptions, check your email for confirmation and voila.

Who are the American Idol judges?

The American Idol season 20 judges are Katy Perry, Luke Bryan and Lionel Richie, who have been judges since season 18.

Who is the American Idol host?

The American Idol season 20 host is Ryan Seacrest, who has hosted since season one.