If you’re an ARMY, you may want to know how to watch the AMAs 2021 online for free to see BTS and Coldplay perform “My Universe” together for the first time ever.

The American Music Awards—or better known as the AMAs—started in 1973 after ABC’s contract to air the Grammy Awards expired. From 1973 to 2005, both winners and nominations were selected by members of the music industry based on commercial performance, sales and airplay. However, starting with the 2006 show, winners at the AMAs have been determined by the public and fans, who vote for their favorites on the AMAs website. Winners are awarded with a tall, triangle statuette crafted by the Society Awards design firm in New York City.

The 49th annual American Music Awards will see BTS perform on am American awards show “Butter” for the first time ever. “Butter,” which was released in May 2021 and spent nine total weeks as number one on the Billboard Hot 100, is BTS’ second all-English-language single after 2019’s “Dynamite,” which earned the Korean pop boy band their first Billboard Hot 100 number one and Grammy nomination. The group—which consists of members Jin, J-Hope, RM, Suga, Jimin, V and Jungkook—released a remix of “Butter” with Megan Thee Stallion in August 2021. Megan was set to perform the remix of “Butter” with BTS at the AMAs, however, she announced that she had to cancel her set a few days before the show. The AMAs will also see BTS and Coldplay perform their song “My Universe” live for the first time together.

So how can one watch the AMAs 2021 online for free? Read on for how to stream the American Music Awards at no cost to see BTS, Olivia Rodrigo, Bad Bunny and more perform. 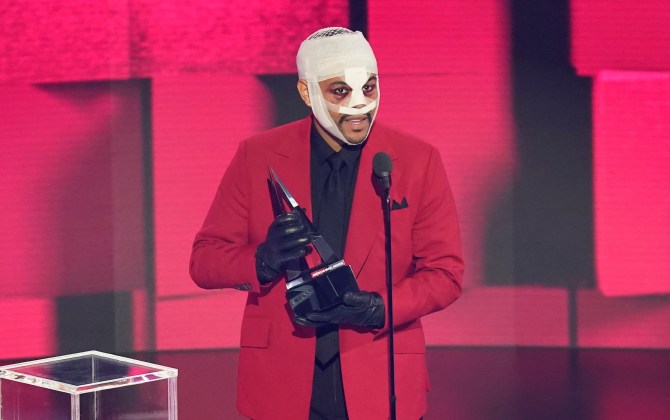 The 49th annual American Music Awards air at 8 p.m. on November 21, 2021, on ABC. The awards are held at the Microsoft Theatre in Los Angeles.

How to watch the AMAs 2021 online for free

So how can one watch the AMAs online for free? Ahead are various free tricks and tips to stream the 49th annual American Music Awards at no cost to see BTS, Olivia Rodrigo and more perform.

Watch the AMAs With Hulu+ With Live TV Free Trial

Watch the AMAs With Hulu+ With Live TV… $0+
Buy Now

Hulu+ With Live TV is one of the best options to watch the the AMAs online for free. Along with access to Hulu’s library of 80,000 movies and TV shows, the service also offers more than 75 live channels, including ABC to watch the AMAs. as well as 50 hours of DVR. The best part about Hulu+ With Live TV, however, is that it offers a seven-day free trial. Hulu+ With Live TV costs $65 per month if one chooses to subscribe after their trial ends.

Another way to watch the AMAs online for free is with Fubo TV’s free trial. Fubo TV’s seven-day free trial.  Fubo offers more than 100 channels, including ABC to watch the AMAs, as well as at least 250 hours of DVR, in case you want to watch the award show again. The service costs $65 per month after your free trial ends, so be sure to remember to cancel your trial before it expires.

For those who want to watch the AMAs online live, Sling is an excellent option. Though the service doesn’t have a free trial, Sling has a current deal that offers users one month for just $10. Sling offers two plans: Sling Blue and Sling Orange. (Sling Blue is more suited for news and entertainment, while Sling Orange is better for sports and family.) Both include the $10 first-month deal and cost $35 per month after the deal ends, if one chooses to subscribe. Both also offer 50 hours of DVR and channels like ABC, which is where the AMAs airs. If you had to choose one, though, we recommend Sling Blue to watch the AMAs. Not only does the plan include more channels, but it also allows the user to stream on three devices (Sling Orange allows only one), which means that you can split the cost with two other people, who can stream the AMAs (or other TV shows) on their own devices. (That’s just $3.33 per person.)

The easiest way to watch AMAs online for free is with Hulu’s 30-day free subscription. Though not live, Hulu often uploads award shows like the AMAs the day after they air, so users can catch up the morning after the night show. The service—which offers more than 1650 TV shows and 2,500 movies along —starts at $5.99 per month for its basic subscription with ads. It’s ad-fee plan costs $11.99 per month. Both plans come with a 30-day free trial.

If you’re a Verizon customer (or know someone who is), there is another free option. For a limited time, customers with unlimited plans, such as Get More Unlimited and Play More Unlimited, have access to Verizon’s complimentary The Disney Bundle, which includes Disney+, Hulu and ESPN. Disney+ and ESPN are nice, but Hulu is the real reward here to watch the AMAs online for free.

There, customers will be able to choose The Disney Bundle, which includes Disney+, Hulu and ESPN. After choosing the bundle, click Get It Now. Enter the email address you want to use for your subscriptions, check your email for confirmation and voila. The deal ends soon, so it’s best to sign up now.

The 49th annual American Music Awards host is Cardi B, who is the second female rapper to host the AMAs after Queen Latifah.

The 49th annual American Music Awards performers include BTS, Bad Bunny and Olivia Rodrigo. See the full list of the 2021 AMAs performers below.

Jason Aldean & Carrie Underwood — “If I Didn’t Love You”