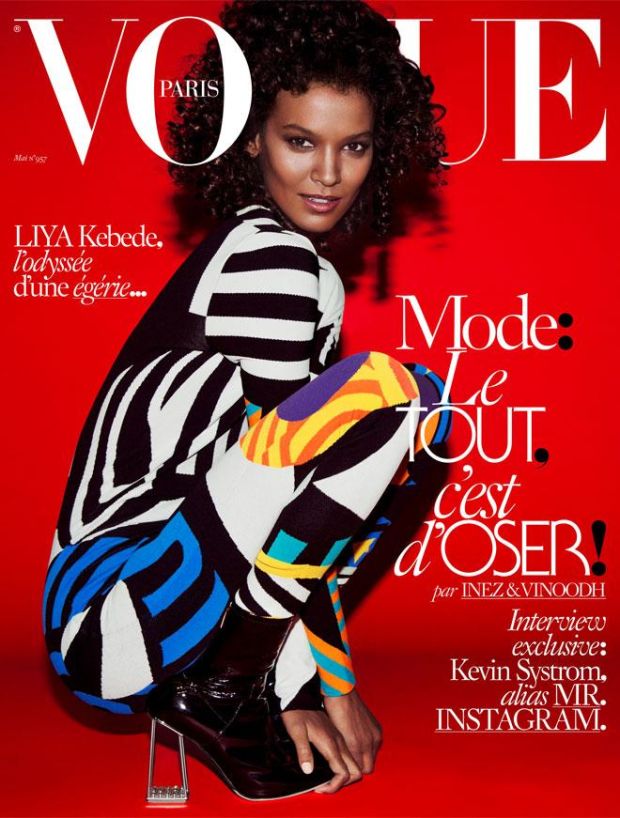 Vogue magazines are almost always a beauty to behold, but May’s Vogue Paris cover really is something to celebrate. This month, for the first time in half a decade, the Condé Nast publication put a woman of color on its cover, Ethopian-born designer, philanthropist, and supermodel Liya Kebede. Good news indeed, but it also should be noted that she’s the first woman of color to score a solo spot on the front since Rose Cordero in 2010.

Fashionista points out that Kebede also starred on the glossy’s front back in May 2002. Then followed an eight year gap during which no women of color fronted the magazine solo. Naomi Campbell and Noémie Lenoir were featured on covers in 2008, but both posed alongside a white supermodel (Kate Moss and Laetitia Casta.)

Almost all of fashion’s iconic names in history have graced the cover of Vogue internationally–from Kate Moss, to Cindy Crawford, Lara Stone, and Coco Rocha. Unfortunately, that extensive list is still also overwhelmingly white, and Vogue isn’t alone in this embarrassing trend of shying away from diversity.

Last year The Fashion Spot looked at the cover stars of 44 major women’s print magazines around the world. Out of the 611 total covers, white women appeared on covers 567 times, while women of color got a cover spot 119 times (remember that sometimes magazine covers feature more than one person.)

Vogue U.K. is a particularly bad offender, and until Jourdann Dunn‘s cover this February, the mag hadn’t featured a solo model of color on the front in 12 years.

Without detracting from Vogue Paris‘ positive step in the direction of diversity this month, we have to call out the obvious, and May’s feature was simply too long coming. Here’s a message to magazine editors everywhere: More covers like this, please.