Here’s a note to all of you “Mean Girls” fans out there—you might not want to Tweet quotes from the movie as threats to an airline, because you’ll probably find yourself banned from flying. That’s exactly what happened to Matthew Lush, a Vlogger who goes by the name GayGod, and has hundreds of thousands of subscribers. 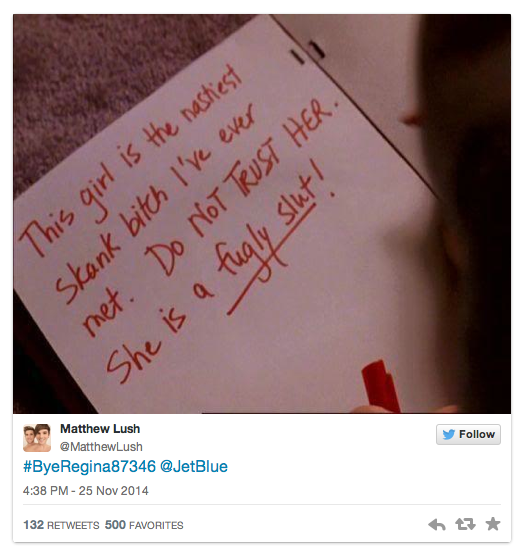 After a frustrating experience with a JetBlue customer service rep, Lush began Tweeting “Mean Girls” quotes to the airline, and then found himself being escorted out of the JetBlue terminal he was flying out of, after being accused of making threatening Tweets. The Tweets did include an employee’s name, and Lush did refer to her as a “nasty bitch”, so it’s easy to see why what he did was perceived as being threatening. Lush has since been banned from the airline for life.

Lush followed up the experience with a Vlog about it—because of course—claiming that he was discriminated against by the airline because he is gay.

Weigh in with your thoughts on the incident in the comments below!