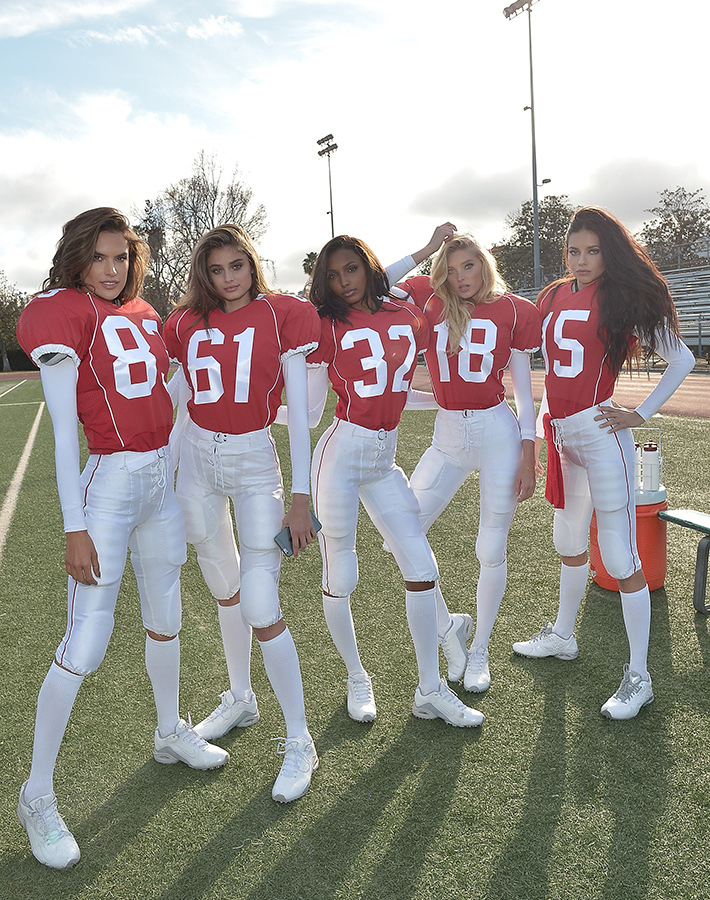 The worlds of fashion and sports rarely collide, but when they do, it’s weirdly satisfying. Especially if the collision includes watching underwear models wearing football gear tackling other underwear models, which is pretty much the gist of Victoria’s Secret’s annual Super Bowl commercial.

In the video, Angels Adriana Lima, Alessandra Ambrosio, Jasmine Tookes, Elsa Hosk, and Taylor Hill are facing off against the rival team, aptly named the Devils. With the clock ticking, they have to score the winning touchdown and—spoiler alert—they do, thanks to ace coaching from real-life sports Coldplay, Erin Andrews.

MORE: 5 Things That Happened at the Victoria’s Secret Fashion Show

But it wouldn’t be a Victoria’s Secret ad without some eye-rolling sports/sex innuendos (we counted three: the Angels cheering about wanting to “score more,” the announcer saying Lima knows how to “play the field,” and commenting on how her teammates offer “great support up front—they’re known for that”).

Word play aside, the Angels proved that helmet hair is a thing only mere mortals suffer, and End Zone dances can be sexy. And while it’s not exactly Coldplay, Beyoncé and (rumor has it) Rihanna  performing at the Halftime show, it is still some damn good entertainment. Watch the whole clip below.